Sometimes, when I am walking through a museum I am inspired by a piece that I observe. Last month I visited the Whitney Museum here in New York City and found inspiration by two pieces that found there.

Perspective is a funny thing
Look closely at an object, and it is meaningless
A piece of information cut off
Floating in space

But step back
Adjust your viewpoint
And it all come together 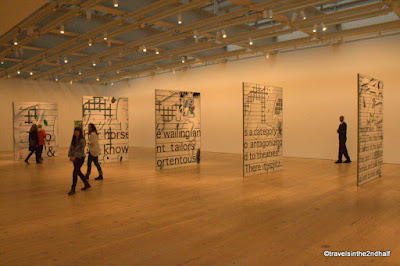 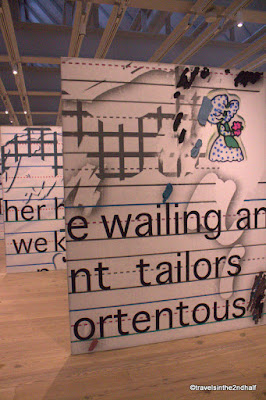 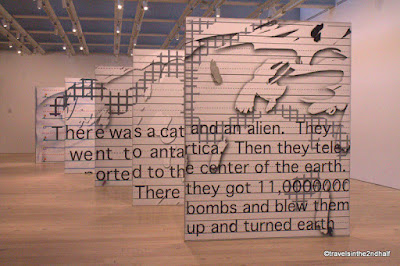 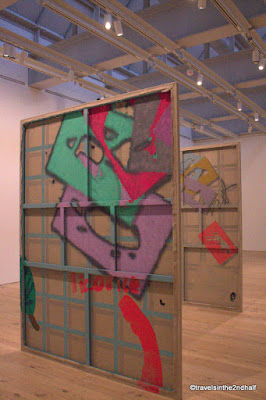 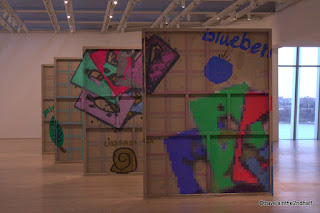 It was early. He knew it because the sun was just coming up over the East River. But for him, it was late. His gig had ended at three, and then the band went to an after-hours to wind down. Now, here he was, making his way home while greeting the dawn.

As tired as he was, he loved this time of day. He had Seventh Avenue to himself. It was almost like all other people had been taken away, like a bad Twilight Zone episode. He could stand on the corner and lose track of where he was. The writing on the store windows becomes garbled and the street signs disappear. Was he in New York? Paris? Rome? He becomes lost in a day dream, standing still in the warmth of the rising sun, sending his shadow down the block.

SWISH! SWISH! RUMBLE! RUMBLE! His focus is brought back by the passing street sweeper. He shakes his head and picks up his horn.His bed is calling and the rising sun is saying good night. 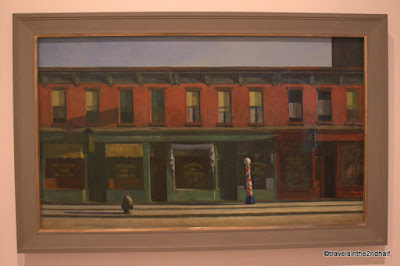