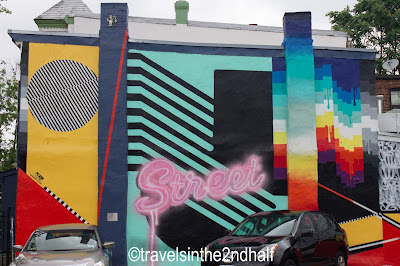 Most people think of Washington DC as the home of the United States Government. There is more to the city than that. For many decades it was one of the centers of African American culture. U Street was the heart of that community in the capital.
The U Street neighborhood was the largest African American community from the 1860’s through the 1920’s. Its mostly Victorian-era row houses were home to many of the people who filled the service jobs that made sure that government functioned smoothly. It was also home to hundreds of black-owned businesses, including The Industrial Bank, the cities largest African-American owned bank, whose building, designed by Isaish T. Hatton, still stands today. 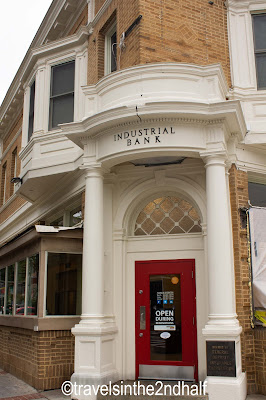 Pearl Baily christened the area “The Black Broadway,” due to its numerous theaters and clubs. All of the big names in jazz, from Cab Calloway to Louis Armstrong to Miles Davis, performed on U Street. At the east end of the strip is the Howard Theater. Built in 1910, it was home to two theatrical organizations and hosted many concerts. Except for the years 1970-74, the theater has continued to be a home to music and theater in the U Street neighborhood.
A few blocks away is the Lincoln Theater. Opened in 1922, the Lincoln was a vaudeville and movie theater. It continued as a movie theater through the 1980’s, and it also hosted concerts, and boxing events.  The Lincoln was renovated in the 1990’s and today is serves primarily as concert hall, along with plays and political events. 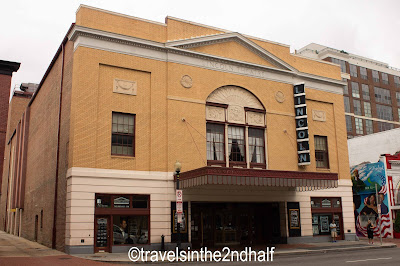 There are few other remnants of U Street’s days of glory. The Industrial Bank is still in its original home, and Ben’s Chili Bowl draws crowds of tourists. At Edges Barbershop, Darryl still gives cuts to everyone who walks in. The sad truth is that U Street has fallen victim to Urban renewal and gentrification. While there is still a significant population in the area, black-owned businesses have largely been replaced by trendy bars and restaurants. Still U Street is worth a visit. There is the African-American Civil War Museum and Memorial at U Street and Vermont Ave. Over 200,000 black troops served in the Union Army and this museum is dedicated to telling their stories.


U Street is also home to almost a dozen murals that explore the lives of African Americans. Paul Robeson gets the largest of the walls, and Duke Ellington looks down on Ben’s Chili Bowl. My favorite is a tribute to Afro-Colombians. 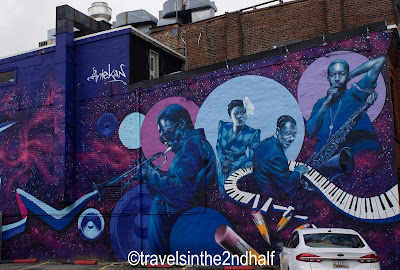 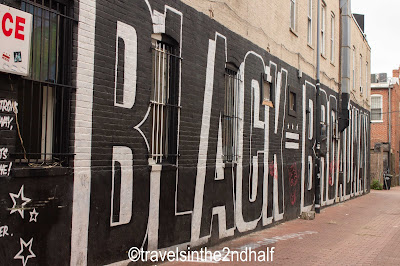 There are also two places in the area that can recommend for refreshments. One is Busboys and Poets, and 14th and V streets. Busboys and Poets is a local chain that is dedicated to Langston Hughes and his experience working as busboy in a Washington DC hotel before he became famous. The food is fresh and delicious and the drinks are strong. They also offer a selection of books for sale that represent a history of African-American politics, literature and poetry.
My other suggestion is Calabash Tea and Tonic, on 7th street, around the corner from the Howard Theater. When you enter, instead of asking what you would like, the staff asks “How do you feel today?’ Then they whip up a mixture of herbs to help make a tea that will help heal you physical and emotional issues.

If you are in DC and you want to spend some time away from the tourist scene, come to U Street. You will find a little bit of African American history and an up-close view of how the city is changing.
Posted by Jonathan L at 11:34 AM