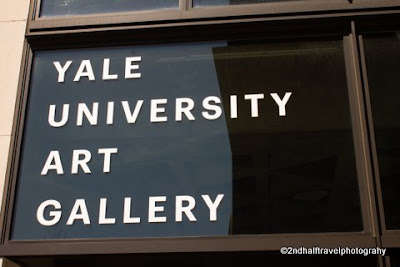 Most major universities have art galleries. Yale has two, The Yale Art Gallery and the Yale Center for British Art. Together, they present an amazing collection of work and are worth a trip to New Haven. Best of all, they are free.

The Yale Art Gallery is the oldest university art museum in the Americas. It was founded in 1832 when John Trumbull, an artist and soldier in the Revolutionary War, gave 100 of his paintings to Yale college. He also designed the gallery that was built to house his donation. That building was torn down in 1901. It was replaced by Street Hall, a building that opened in 1861 at the corner of High Street and Chapel Street, as the Yale School of the Arts. In 1928 the gallery expanded into what was called the Yale Gallery of Fine Arts (today the Old Yale Art Gallery Building) across High Street from Street Hall. Finally the Louis Kahn Building was opened in 1953 on the north side of Old Gallery. Today these three buildings together house the collection.
The Yale Art Gallery has an encyclopedic collection of work from around the world. It includes pieces from Africa, Asia, Europe, and the Americas. To me, the most interesting part of the collection is its collection of paintings from the impressionist, modern and contemporary eras. This includes some wonderful pieces by Picasso, Van Gogh, Hopper and Stella. There are also some great contemporary pieces by African-American artists such as Kerry James Marshall.


On the other side of Chapel Street is the Add captionYale Center for British Art. This is the largest collection of British art work outside of the United Kingdom. It was established in 1966 by Paul Mellon, grandson of Thomas Mellon, founder the Mellon Bank in Pittsburgh. The Center was started with a gift of works, along with the fund to build a home for the collection and an endowment to finance operations. Today it houses around 2000 paintings and 200 sculptures along with several thousand drawings and prints.
I suggest beginning your visit on the 4th floor of the Center. Here you will start with earliest works of the collection, dating back to the 1650’s. As you walk through the galleries on this floor, you will observe the changes in styles of British and European art over next three centuries. Portraits of royalty,  landscapes, conversation pieces are given a prominent position along with works showing scenes and characters from Shakespeare’s plays, the bible, and British history. Don’t miss the “Long Gallery” where works are presented as they were in art museums for much of the 19th and 20th centuries. As you move down to the 3rd and 2nd floors you will find many modern and contemporary works. 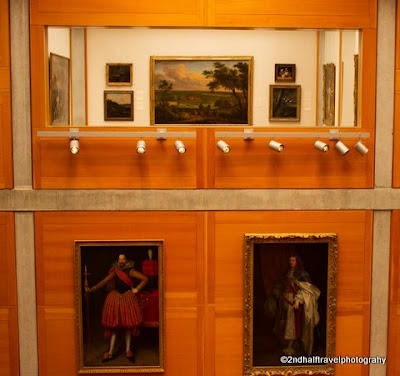 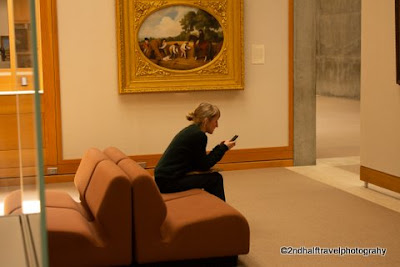 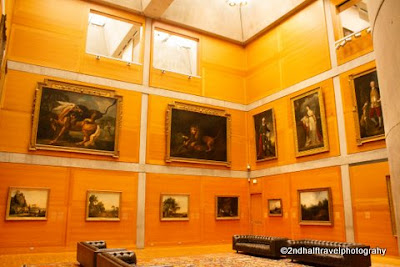 Together these two museums present a wonderful trip through the history of art. Their collections are both extensive and of a high quality. They are a great reason to come and visit New Haven. 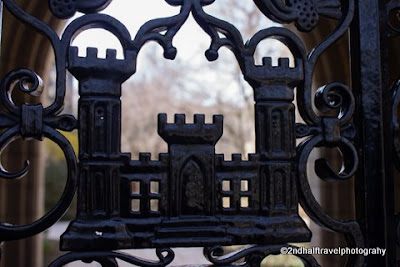 New Haven notes:
Theses two museums are on Chapel Street, between York and High streets. This is the edge of Yale’s “Old Campus” You can take a walk through along the streets and quads and take in some of the buildings that have served the university for the past 150+ years. There are a lot of eating options nearby. I recommend the Atticus Bookstore Café, where you can get great salads and baked goods, and pick up something to read while you wait for your table.

One word of warning, parking in this area is hard to come by. I suggest using one of the large garages four blocks away, along Martin Luther King Jr Boulevard. They are reasonably priced (by NYC standards) and have a high turnover, so there are usually open spots, even if you get there mid-morning.
Posted by Jonathan L at 5:00 AM