When you visit Lake George, a trip to Fort William Henry might not be history for you. If so, head about thirty miles north to visit Fort Ticonderoga, at the juncture of Lake George and Lake Champlain.

As I discussed in last weeks blog, Lake George and Lake Champlain formed a key water passage for traveling from Quebec to New York. In order to complete that journey, there is a two mile portage between the lakes. This portage was an important place to defend in order to control the movement of goods and troops. In 1755, the French army began construction of Fort Carillon, along Lake Champlain, at the mouth of the La Chute River.

Fort Carillon was a stone faced, star-shaped fort, built on a bluff. It offered firing lines north and south along the lake. It was placed at a narrow point where it could control the passage of boats. The walls were seven feet tall and fourteen feet thick.

In 1757 the French army captured Fort William Henry, at the southern end of Lake George. This brought their control of the area near to Albany, the northern-most city in New York, at the time. In 1758, the British countered with a massive attack on Fort Carillon. 16,000 British troops attacked the fort and its 4,000 defenders. However, the British general did not rely on his advantage by out-flanking the French, or by laying siege to the fort. Instead, he attacked their defenses head on, suffering 2000 losses. The British retreated to Albany. In 1759, the British returned with 11,00 troops, but the French had decreased their garrison to only 400 soldiers. The French abandoned the fort, dynamiting the walls and destroying their cannons. The British took control of Fort Carillon and renamed it Fort Ticonderoga, after an Iriquios word meaning “at the junction of two waterways.”

The British held Fort Ticonderoga after the end of the French and Indian War as a key supply and communication link between Canada and the colonies. During the American Revolution, the British had a plan to send troops from Canada along the Hudson River to divide New England from the rest of the colonies. In 1775 Ethan Allen and Benedict Arnold led a raid by the Green Mountain Boys that captured the fort from the British. This stopped the advance of troops south, and the captured cannons were sent to Boston, where they help force the British to evacuate the city. In 1777 the British recaptured the fort and held it until the end of the Revolutionary War in 1781. 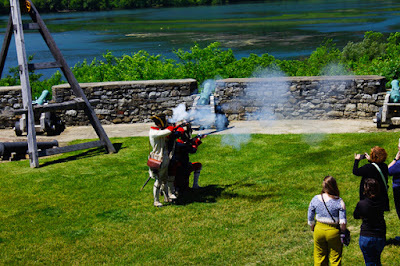 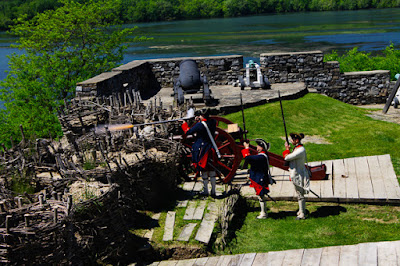 In 1803, Fort Ticonderoga, now in ruins, was sold by New York State to Union and Columbia Colleges. They, in turn, sold the land to William Pell in 1820. In the early 1900’s the Pell family decided to restore the fort as a historic and tourist destination. In 1909 the family reopened the fort, and in 1931 the family formed the Fort Ticonderoga Association, which runs the fort to this day. The latest renovation of Fort Ticonderoga was completed in 2009, with the building of a new modern gallery and education center. They have also restored the “Kings Garden,” which was part of the Pell family living space, and a beautiful place to visit when you come to Ticonderoga. 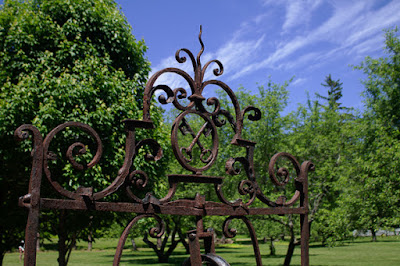 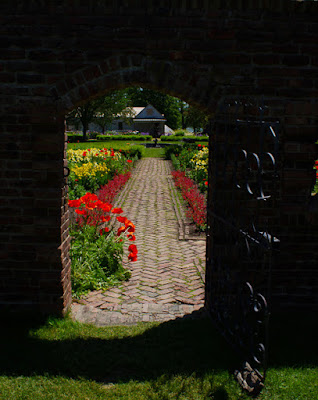 When you visit, I recommend two other stops. First, drive up to the top of Mount Defiance. It is a free entry with your admission to the fort. You will have great views of Lake Champlain and Fort Ticonderoga. 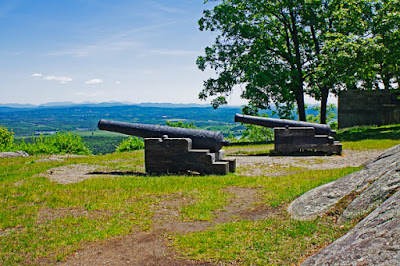 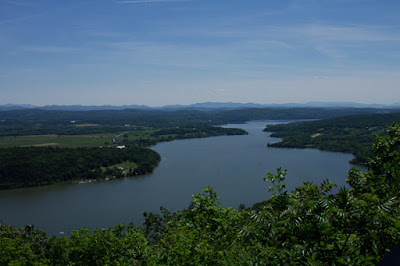 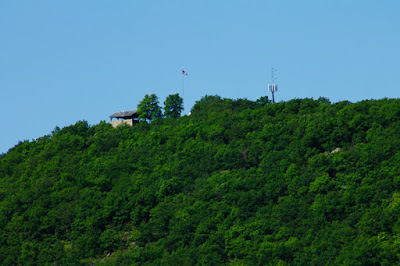 In town, visit Bicentennial Park. There are beautiful falls at the western end of the La Chute River, and a great walk along the river. 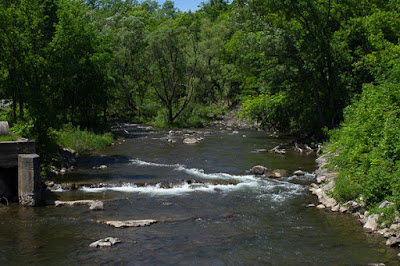 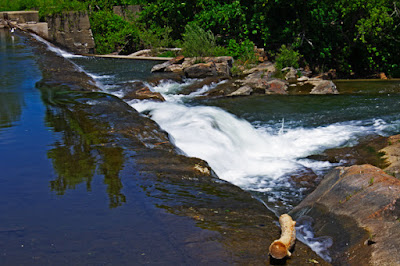 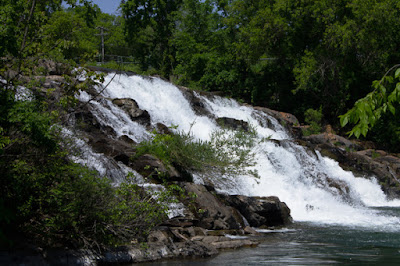 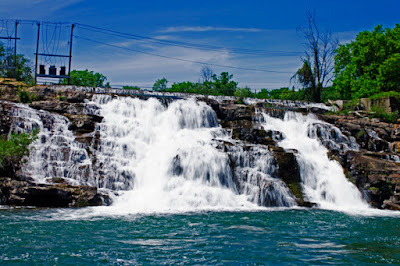 The eastern Adirondacks is a beautiful part of the country. It is also an area filled with places of important historical events. So come and visit.
Posted by Jonathan L at 3:21 PM