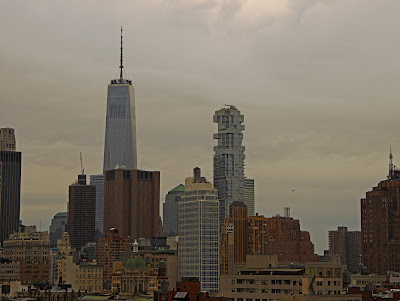 NOTE: Some of the pictures in this blog represent violent acts.

Life in the age of COVID continues, and so does our desire to find ways to explore the world beyond the walls of our apartments and houses. So I continue with my exploration of smaller museums in New York City. For this article, I visited the New Museum in Manhattan’s Lower East Side. 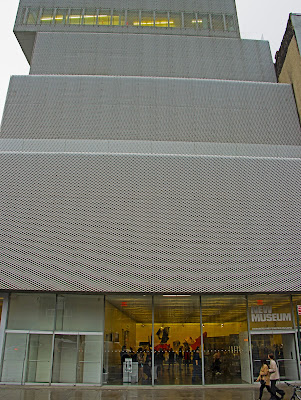 There are many galleries in New York that are dedicated to contemporary art, but none are as large as The New Museum on the Bowery. The New Museum was founded in 1977 with the mission of introducing new art and new ideas, by artists who have not yet received significant exposure or recognition. It opened in The New School for Social Justice, in Greenwich Village, but quickly outgrew it space there. It has moved several times until, in 2007, it opened its own building, a beautiful 7 floor, 58,700 sq.ft. space. On my visit, their exhibit space was dedicated to two artists who present very different views of painting styles.

The museum has brought together over sixty paintings by Peter Saul (b. 1934), creating the first comprehensive show of his work in New York. Saul was born in San Francisco and studied at the California School of Fine Arts. His early work was influenced by the intersection of comics, cartoons and history. It incorporated icons of pop culture, such as Micky Mouse, into scenes that reflected a critique of that culture and world politics. His work evolved , taking on the style of west coast underground comics, and at the same time, his incorporation of political commentary intensified. His later works took on the Vietnam War, Civil Rights and more recently, The wars in the Middle East and Donald Trump. Saul’s paintings pull no punches, and while their style may mimic comic books, the images reflect what he sees as the violence of society.

The rest of the exhibit space is given to the work of Jordan Casteel (b. 1989). Casteel studied at the Lamar Dodd School of Art (Univ. of Ga) in Cortona Italy, and received an MFA from Yale. She paints large-scale portraits of friends, neighbors and more recently, students. Her work has explored themes of sexuality, family and street life. If her paintings look like snapshots, that is because her method is to photograph her subjects, and then use one of her pictures as the basis of her work. In my opinion, this method brings an immediacy and intimacy to the portraits.

The top floor of the museum is an event space, but it worth the time to visit because it also has a wrap-around balcony that offers a wonderful view of the rooftops of the Lower East Side, and beyond. 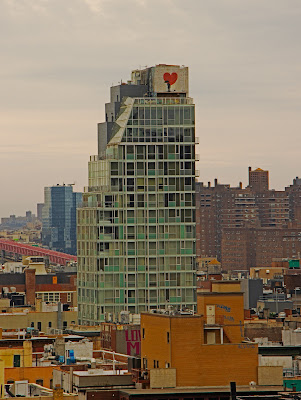 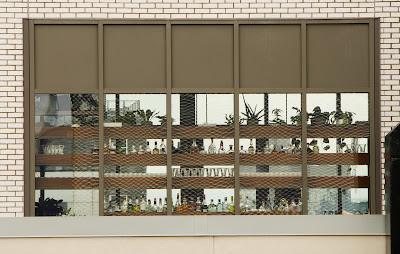 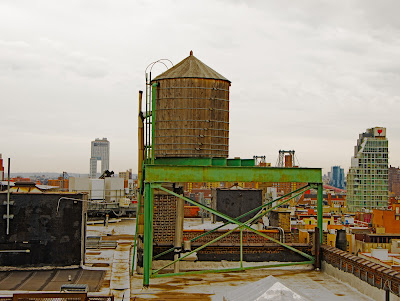