Walkway Over the Hudson

New attractions open all the time, but even when we have the intention of visiting them, sometimes they slide to the background. That is the way it has been with The Walkway Over the Hudson, in Poughkeepsie NY. I had meant to get there for years, but I had never made the trip. But, the COVID pandemic gave me the impetus to look for new places to take a walk in nature, and so it returned to my list. 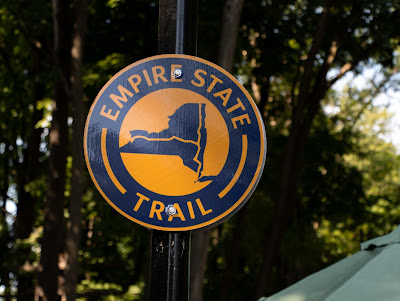 After the Civil War, railroad networks were growing across the country. In the northeastern United States, there was a growing bottleneck - crossing the Hudson River. The river is wide, from half a mile to full mile across for most of its length south of Albany, so there were no bridges for 150 miles. Several plans were developed, but it wasn’t until 1886 that the Manhattan Bridge Building Company, with the backing of Henry Clay Frick, successfully pulled together the necessary financing. They hired the Union Bridge Company, who designed a triple cantilever bridge to cross the Hudson between the towns of Poughkeepsie and Highland. In just over two years, the bridge was built, and the first train crossed the Poughkeepsie Rail Bridge on January 1, 1889. 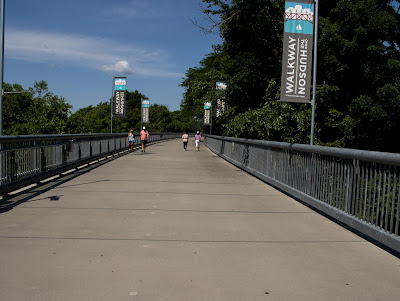 The bridge has a total length of 2063 meters (1.28 miles) including the the approach spans on either side, and it has a height of 63 meters (212 ft) above the water. It was the first bridge to span the Hudson south of Albany, and remained in service until 1984. From 1984 through 1998, it served primarily as a conduit of electrical wires.

In 1998, Dutchess and Ulster counties took over the bridge due to unpaid taxes. Together they deeded it to “Walkway Over the Hudson,” a non-profit organization with the goal of turning it into a pedestrian/bicycle walkway. Over the next ten years, the electrical wires were removed, the steel was refurbished and a cement walkway was installed. In 2009 the bridge was reopened as a National Recreation Trail, connecting the Duchess County and Hudson Valley Rail Trails, and it was incorporated into the New York State Park system.

You can park and start your walk on either side of the bridge. I chose Poughkeepsie. There is a paved parking area with a $5 fee for the day, although there is a very rocky dirt lot nearby that is free. At both entrances there is a welcome center with shaded tables, bathrooms and, under normal circumstances, a snack bar and souvenir stand.  The walk across the bridge is easy, there is a slight upgrade as you approach the bridge from Poughkeepsie, but it is mostly flat, although wide open to the elements, so choose the day you walk carefully. There are benches on the bridge if you want a place to rest. The best part of the walk is the amazing views. As you cross the Hudson you get a 360-degree view from 20 stories above the water. On the western shore of the river are the Catskill Mountains and on the eastern shore is the town of Poughkeepsie, and the bridge offers great views of both. 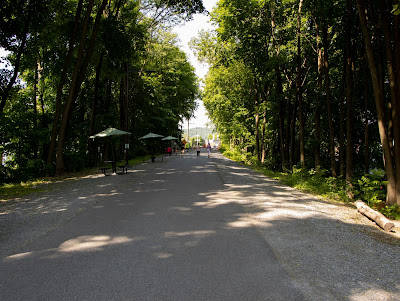 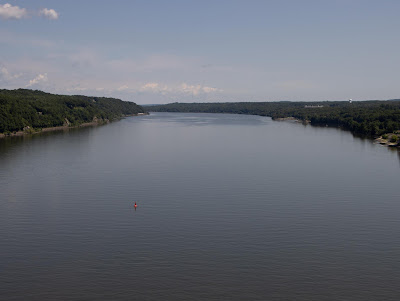 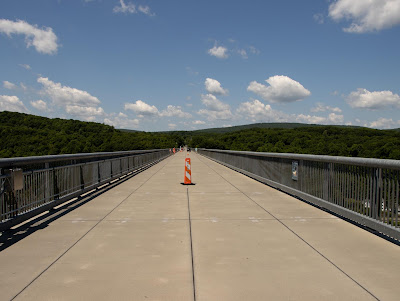 The Walkway Over the Hudson is a great place to get out and get some fresh air, have a wonderful walk and see some beautiful scenery. It is an easy day trip from New York City by car or train. 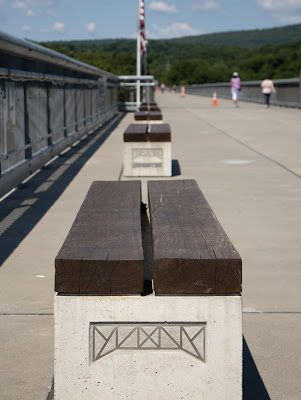 Nuts and Bolts:
The Walkway is open from every day, from 7AM to Sunset. Parking is available:
Poughkeepsie - 61 Parker Ave
Highland - 87 Haviland Road


You can also travel by train (Amtrak or MetroNorth) to Poughkeepsie. There is an elevator a short walk from the train station in Upper Landing Park to the walkway, although it may be out of service due to COVID.