Saratoga Spa State Park is a great place for a nature hike.

Usually, if you was to take a long hike in nature, you have to out of town. That is even true when you are in a smaller town or city. However, in Saratoga Springs there is a place to go for just such a an experience that is still in town, Saratoga Spa State Park.
Saratoga Spa State Park is located at the southern end of the city and sits in between two major roads, routes NY-9 and NY-50. It is home to a golf course, The Saratoga Performing Arts Center, the National Museum of Dance and the Saratoga Automobile Museum. But I went there to take advantage of its miles of trails. There are also six of Saratoga’s mineral springs in the park. Back in the 19th century, the area was a center of manufacturing, bottling to naturally carbonated water to be shipped and sold. In 1907, evidence in a court case showed that all of the springs in the area were interconnected, and many of the plants were forced to close. In 1909, a law was signed that made the springs and surrounding area a state reservation and all commercial bottling halted. In 1935 the Roosevelt Bath and Spa opened in the park, offering a full range of mineral soaks using the spring water, massages and a steam room. In 1962 the area was named a state park, and the trails and facilities were developed. 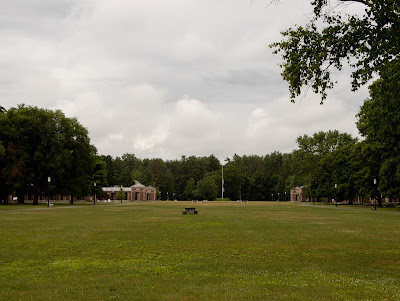 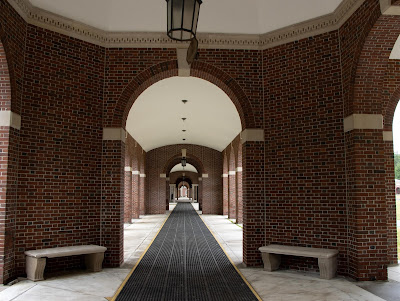 I came to Saratoga Spa SP for a hike. The southern part of the park offer several trails, all of which are easy walks, with few hills. One option is to follow the 5-Mile Trail, which ties together parts of those trails into one long hike. The 5-Mile Trail offers a mix a wooded dirt trails and paved park paths. Because it is really an urban park, the trail has many facilities along it, including picnic pavilions and bathrooms. The trail starts near the Administration Building, an area that provides plenty of free parking. It weaves its way among the woods, and down to Geyser Creek, where you will find four of the park’s springs. Then it climbs back up to an area that paved, near the Peerless Pool complex. It also passes along the park’s “disc golf” course. From here it heads to the isolated part of the walk, in the southwest corner of the park. It passes through both woods and along a marshy pond, before heading toward the SPAC area. It then returns to Geyser Creek and back to the its start. 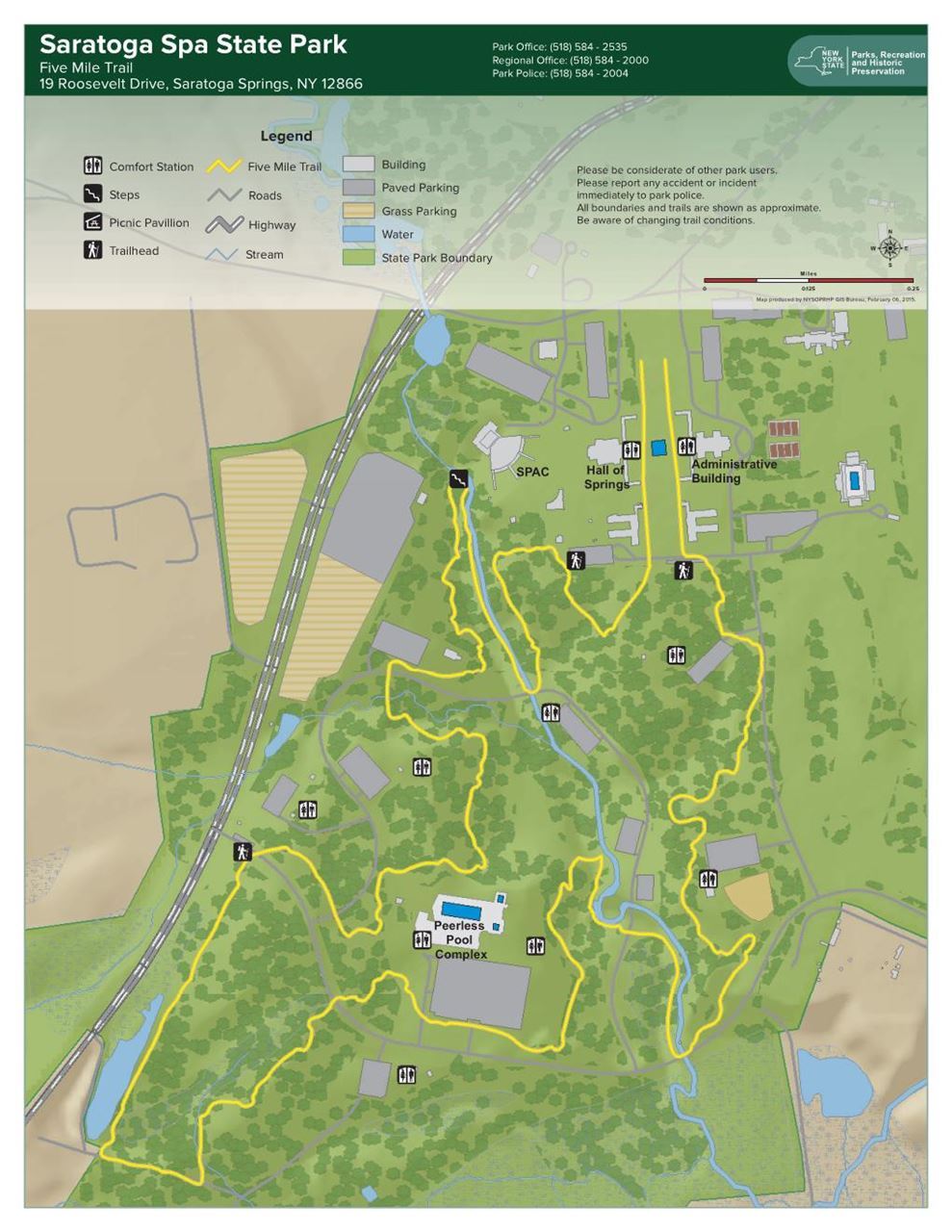 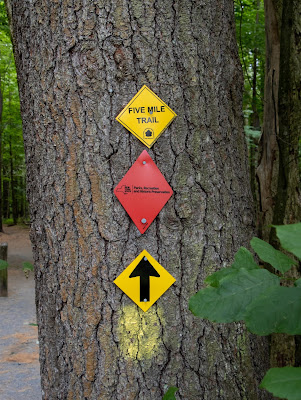 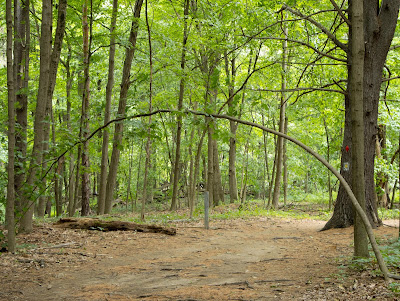 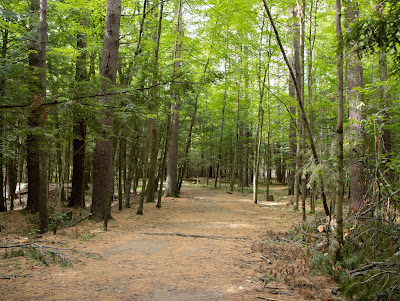 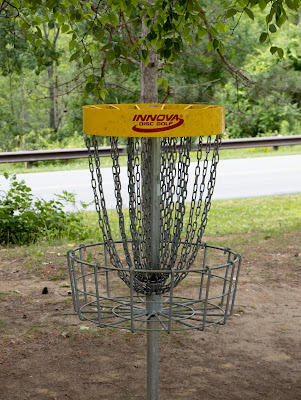 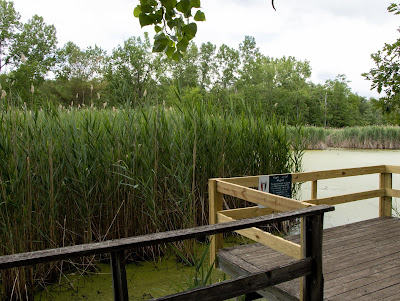 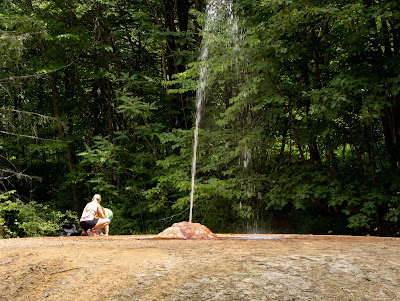 The walk is easy. The park is beautiful. It is a great place to spend an afternoon.

Nuts And Bolts:
Saratoga Spa State Park has entrances along both Route 9 (Broadway) and Route 50 (Ballston Spa Road). The Avenue of the Pines will take you to the parking area near the Administration Building.