As COVID numbers continue to be high, I am spending time revisiting old trips. For the next few weeks, I will be looking back at a 2006 trip I took to Russia. This week it is Moscow’s Red Square.

In 2006, The Amazin’ Ms D participated in a month long writers workshop in Saint Petersburg, Russia. I decided to take the opportunity to visit some places that I have always wanted to see, the sites of the three battles that, in my opinion, changed the course of World War II. My first stop was Moscow. The Battle of Moscow took place from October 1941 through January 1942, although fighting continued in the area until 1943.

Stopping the German army in Russia forced the Nazis to maintain a second front, at a huge cost in materials and lives. It stopped the Germans from expanding their takeover of Europe, saved England from a Nazi invasion, but there were over one million Russian casualties during the six months of this battle.

I spent my first day in Moscow paying tribute to those who died in this fight, with a visit to the Tomb of the Unknown Soldier, located in the Alexander Garden, along the wall of the Kremlin. I arrived in time to see the changing of the guard at the tomb.

Being at the Kremlin, I decided to take in all of the sights. So I joined the line to enter Lenin’s Tomb. There was a weird mix of Russians and tourists see or pay respects to the body of Vladimir Lenin. The line snaked through the burial sites of the past leaders of the Soviet Union. When I entered the tomb, there were multiple warnings to not take pictures, not talk, and keep moving. And guards were posted to insure that visitors followed exactly that.

Leaving Lenin behind, there were two more places to visit in Red Square. First was Saint Basil’s Cathedral. It’s colorful onion domes are one of Moscow’s iconic sights. The other was the former G U M department store. In Soviet Times, G U M was the largest single store in the world. By the time I visited, it had been converted into a large shopping mall, with dozens of, mainly European, stores operating within. 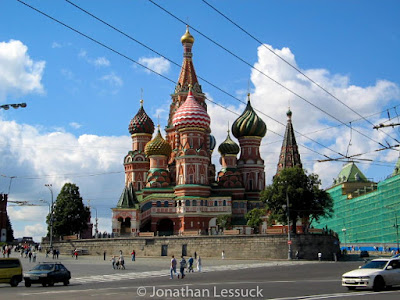 My general impression, walking around downtown Moscow in 2006, was that it was a city aspiring to be a modern European capital. There was construction taking place everywhere I turned. Modern apartment buildings and office towers were being built. There was a great push to move the city from its Soviet past and to be taken seriously as a financial and cultural center, similar to London, Paris or Berlin. 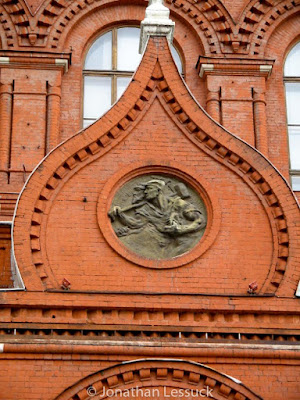 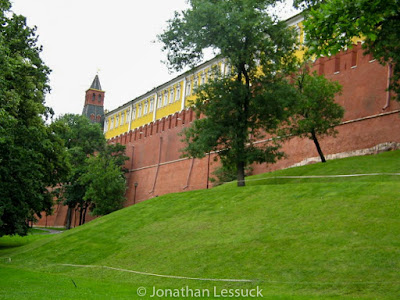 Next week I will explore some of the cultural changes that were taking place in Moscow fifteen years ago.