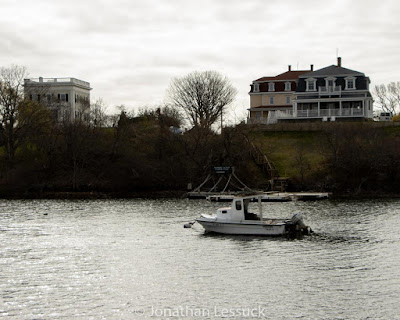 Visiting a seasonal resort community out of season can be kind of a crap-shoot. The crowds are absent, but so are most of the things that you might expect to enjoy. So, when I visited Block Island in mid-April, I wasn’t sure what to expect. 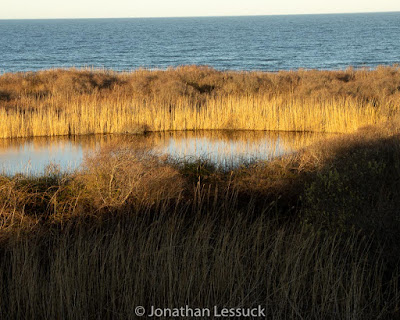 Block Island is ten square miles of beautiful land and views, sitting nine miles south of Rhode Island. It was formed by the same glacial movements that created Long Island. Before Europeans arrived, it was a summer settlement for local Indian peoples who grew corn, beans and squash, while hunting deer and catching fish. In 1624, Dutch explorer Adriaen Block named the island for himself, and so it has been for five hundred years.

Block Island has been continuously inhabited by European descendants since the 17th century, but it wasn’t until permanent harbors were built during the late 19th and early 20th centuries that it became a summer destination. Today there are about one thousand permanent residents, and about an additional two thousand during the summer season. 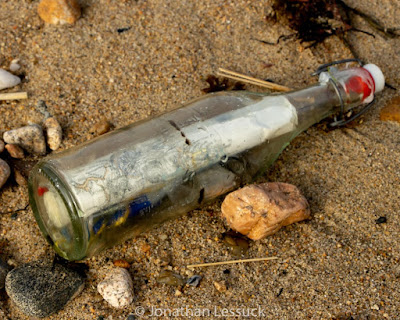 One reason to visit are the many beautiful vistas. On of my favorites is the walk to the North Lighthouse. Drive up to the northern tip of Block Island, and there is a parking lot at Grove Point. From there you can walk along the beach at Cow Cove. It is a very rocky beach, and not really one for swimming, but it looks out towards Rhode Island, and rocks and seaweed provide a lot to look at. At the far end of the beach is stone building of the North Lighthouse. Built in 1867, this structure was created to replace the original one that was destroyed during a storm. As you approach, the light sits behind some dunes, and looks amazing. 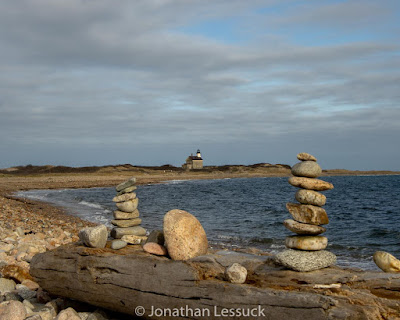 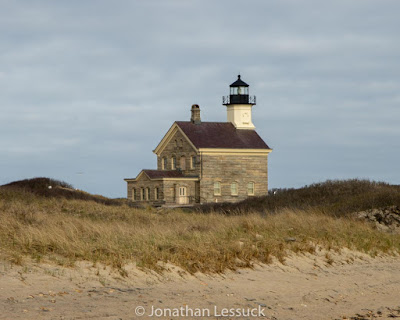 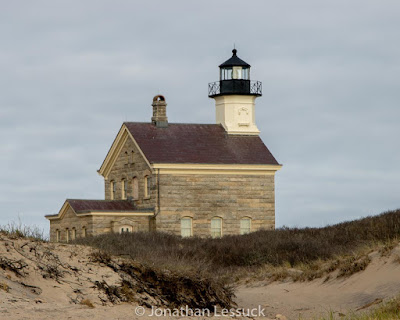 For some great views, take Spring Street south from the town of New Shoreham. The road twists and turns as it climbs to the top of the Mohegan Bluffs. You will find one of the most uniques lighthouses I have ever seen. Block Island’s Southeast Lighthouse is a brick building that was built in 1875. Taking advantage of being at the top of the cliffs, the light tower is only around fifty feet tall. The design of the building is unlike any I have ever seen. It is squat and strong, and has wonderful architectural features. 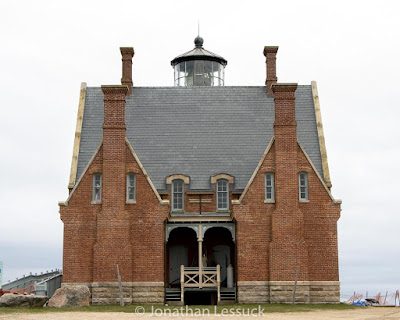 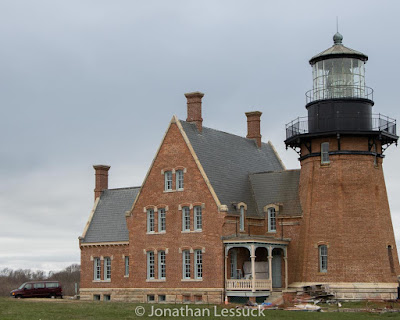 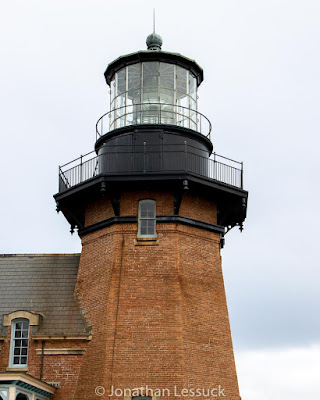 Both lights have been deactivated, but they have been preserved by and now house museums and offer tours during the summer season. Which brings me to the downside of visiting off season. Most of the island attractions were closed, and weather prevented total enjoyment of what was there. In mid-April it was really too cold and windy to spend a lot of time on the beaches. Almost all of the stores were closed, and there were only 4 restaurants open for lunch and only two for dinner, and they were really bars, with limited menus. 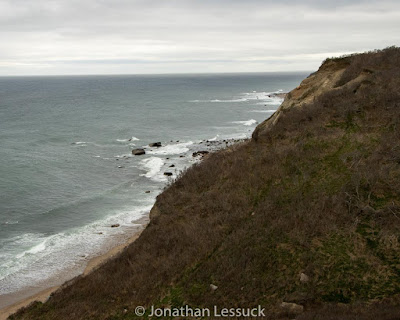 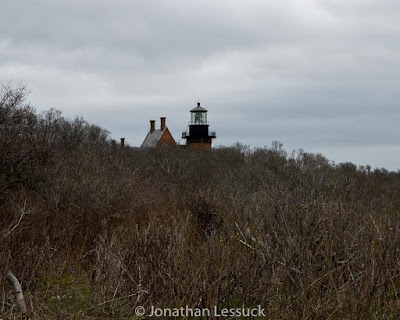 One of the few hotels that is open all year is the 1661 Inn. It is located just south of New Shoreham, along Spring Street, as It makes its climb up the Bluffs. The rooms are spare, but they all offer beautiful views of the marshes and the Atlantic Ocean. 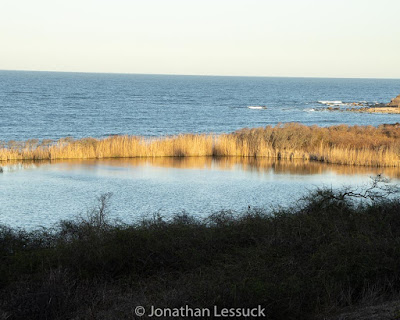 Coming to a resort off season can offer al of advantages. Prices are lower, and crowds are sparse. But be prepared for the fact the not all of the amenities will be available, and you will have to adjust your expectations.

Getting There:
Off season, the only ferry runs between Port Judith, Rhode Island and New Shoreham. There are two or three ferry’s each day. There fee is $21 per person round trip and an additional $77 for a car. During the season several other ferries are in operation.