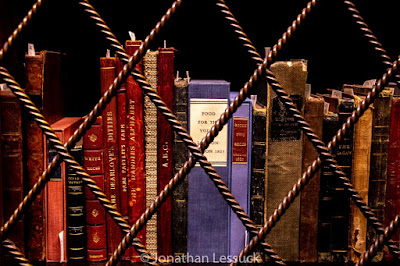 John Pierpont Morgan (1837-1913) was one of the biggest financiers and bankers of the “gilded age”. He was a driving force in the creation of many of the largest companies on the United States. In the process he accumulated a fortune that would be the equivalent of $1.2billion on today’s dollars. Near the end of his life he used much of his fortune to amass a collection of books and artworks.

In 1902, he decided to build a library to hold his collection. He built an Italian style building based on villas from the 16th century. He built the library amid a block of land on which he had built homes for children. 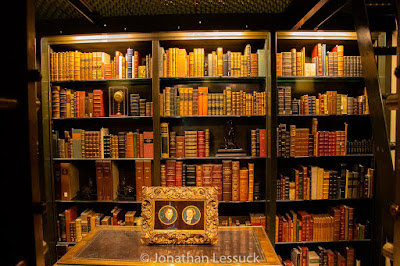 In 1924, J.P. Morgan Jr. turned his father’s collection and the library itself into a public institution. The Morgan Library and Museum continued to expand it collection and its space. Over the decades, it bought the surrounding land and built annexes and offices. The buildings underwent a major renovation from 2003-2006, creating a new entrance and an enclosed courtyard, along with gallery space. Today, its mission is to “preserve, build, study, present, and interpret a collection of extraordinary quality.” The museum also creates and displays exhibits of art and related materials. 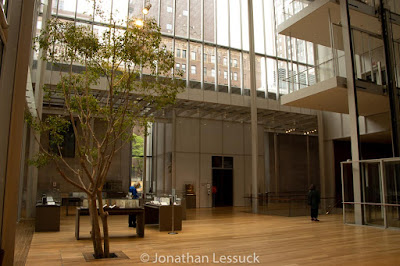 The original library holds Morgan’s collection of classic Italian art and old books from around the world. On one side of the original building is Morgan’s study, complete with a pro train of the man, along with renaissance paintings and sculptures. 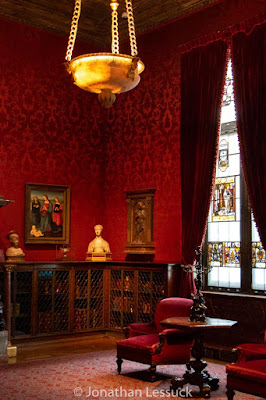 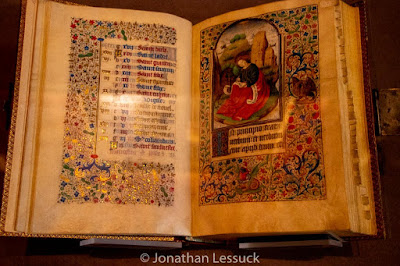 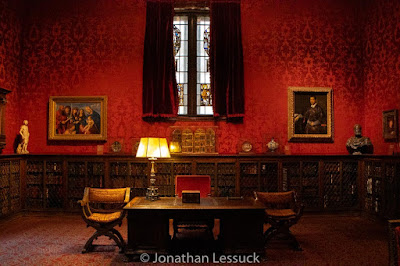 The opposite wing is Morgan’s library. Here there are thousands of books, on three levels. The books are from all over the world, and from Amy centuries. There is also beautiful artwork in the library. 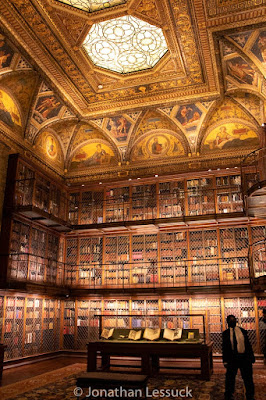 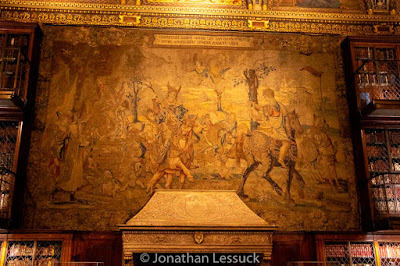 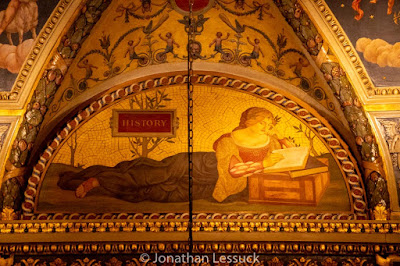 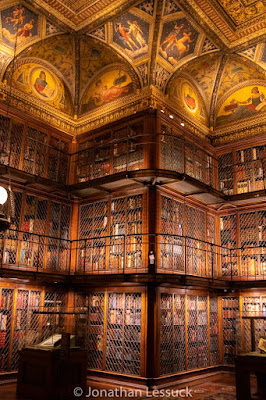 In between the two wings is the rotunda. This was the original entrance to the building. The dome is decorated with paintings inspired by Raphael’s works in the Vatican. 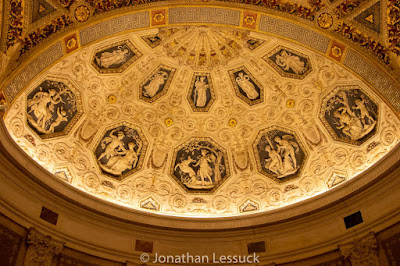 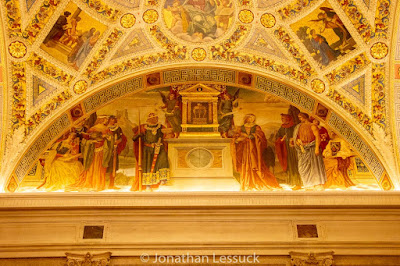 The museum has created several galleries for exhibitions. The lower level galleries were hosting two small exhibits drawings. On one wall was “Sublime on the Small Scale,” a collection of small drawings

In the 2nd floor gallery was “Conversations in Drawing: Seven Centuries of Art from the Gray Collection” (through June 6, 2021). This exhibit shows a wide range of drawings spanning from several centuries.

In the main gallery, on the first floor was “David Hockney: Drawing from Life.”(through May 30) This exhibit included dozens of portrait drawings done over the entirety of Hockney’s career. The exhibit presents multiple portraits of a few people done over many years. It presents a wonderful look at the different styles Hockney employed over his life.

The Morgan Library is another one of the often over-looked, smaller museums that makes New York a fantastic place to find culture without having to visit the larger institutions, and without having to fight large crowds.

Nuts and Bolts
The Morgan Library is located at 225 Madison Ave, at 36th Street. It is a short walk from all of the subways that stop at Grand Central Terminal.
Entrance fees: Adults $22/ Seniors $14/ Students $13