Alice Neel at The Met Museum 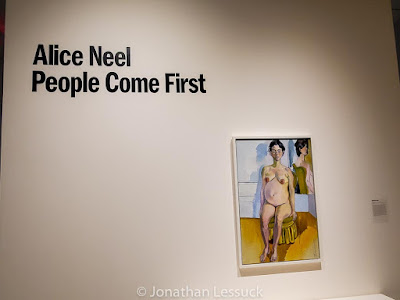 In June, 2021, the COVID infection rate in New York City are at the lowest they have been since the March of 2020, and that has brought the crowds back, in force. This was in full evidence at The Metropolitan Museum of Art, where I went to see an exhibit of paintings by Alice Neel. But this exhibition was worthy of the crowds. 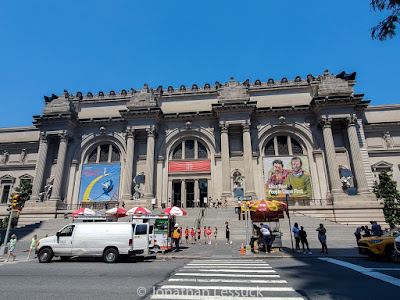 Alice Neel (1900-1984) was an artist who’s work centered on portraits of people in her life. She started painting in her early 20’s in Philadelphia , and quickly adapted the expressionist style of the “Ashcan School.” The Ashcan painters sought to portray the gritty reality of the lives of working people in the large cities of the United States. Neel moved to New York City, where she lived in neighborhoods that were centers of working class and left-wing political cultures. Neel had many friendships, and a few relationships, with members of the Communist Party U.S.A., and produced illustrations for both New Masses magazine and The Daily Worker Newspaper.

As the art world in the United States shifted towards Abstract art in the 1950’s and 60’s, Neel remained steadfast in her belief that “People Come First.” She continued to paint the portraits that were always the heart of her work. Her style can take some getting used to, but I find her work captivating. To me, the faces of her subjects open up to their inner selves. The proportions may not always be perfect, but they draw me in and are the focus of her work.

This exhibit is the first major museum retrospective of Neel’s work in over 20 years, and it is past due. If you are in New York City between now and August 1st try your best to get to the Met and see it.

Nuts and Bolts:
The Met is located at 5th Ave. and East 82nd Street in Manhattan. Timed tickets are required to enter the museum, and can be ordered from the Met’s website. 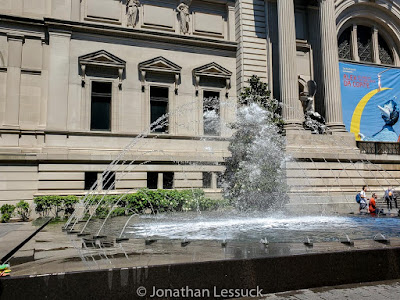 Entrance fees: NY State residents, and students in NY, NJ and CT can order a ticket on-line and pay what you want when to check in at the museum. All others - Adults $25/ Seniors $17/ Students $12.

The Met does not charge an extra fee for special exhibits, but you may have to wait on a separate line to enter the gallery.