Boston is a beautiful and historic city, and there are plenty on walks that explore both of these aspects of the city. On a recent visit, I decided to spend some time exploring a few of Boston’s historic urban parks.

In the center of Boston’s downtown are two parks that harken back to the European cities that the its founders came from. The Boston Commons is the oldest city park in the United States. It was created in 1634 as a local grazing area for cows. In 1830, the cows were banned (along with Blacks and Native Americans) and the commons was turned into park. In addition to being a green island in Boston’s urban center, over the centuries it has been a gathering place for political rallies and demonstrations, and the site of many concerts.

Across the street is the Boston Public Gardens. Originally a rope walk, an area where long strands of material were laid out and and then twisted into rope, this marshy area was filled in with rocks and soil from the removal of Mount Vernon, a hill in the Back Bay neighborhood. In 1839, it was designated a public park, however, a dispute between the cities of Boston and Roxbury delayed its development until the 1860’s.

The Boston Public Gardens is best known for three things. First are the swan boats on its beautiful pond. They carry visitors, giving them a 15 minute, water level tour of the park, powered by the strong legs of its drivers. 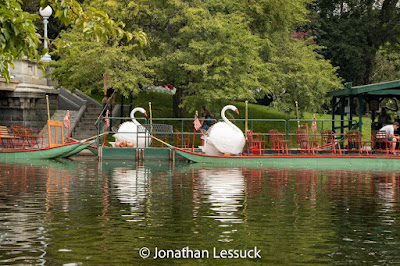 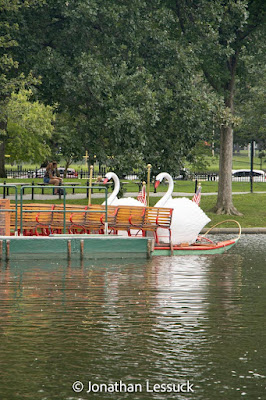 Second is the historic foot bridge over the pond. It was built as a suspension bridge in 1867, and then converted to a girder bridge in 1921. 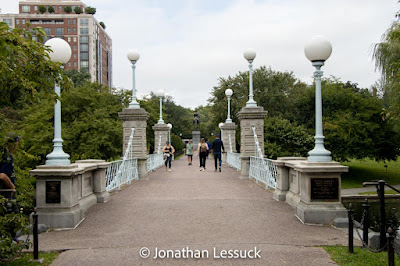 Finally, are the park’s ducks, made famous in the book Make Way for Ducklings by Robert McCloskey. 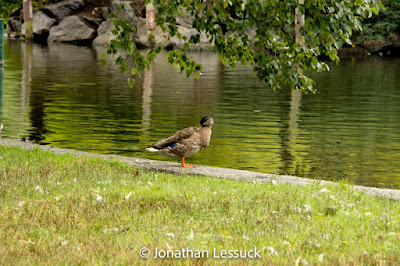 The Back Bay Fens 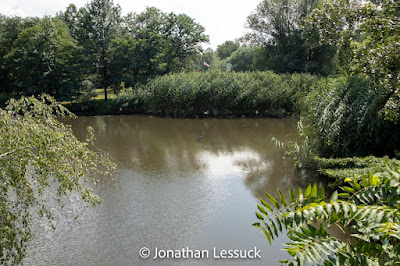 The Back Bay Fens are part of Boston’s Emerald Chain, a series of parks that ring the city’s urban center. A fen is a peat accumulating, marshy area, usually filled with salt water. There is a large fen in Boston that runs along the Muddy River from Jamaica Plain to the Charles River. Its northern end, in the Back Bay neighborhood, was turned into a park, designed by Frederick Law Olmsted in 1910. The park offers miles of walking and biking paths along the river, along with a running track and football field. 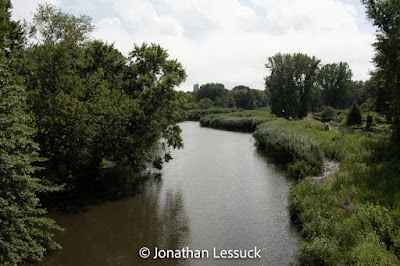 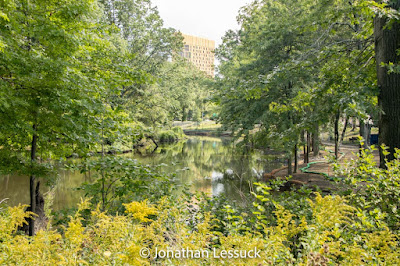 Most interesting, for me, is the 7.5 acres of the Victory Gardens. These five hundred allotments were started during world World War II, and they are still being used today. The lots are given to members of the Fenway Garden Society, which is open to any resident of Boston, for the nominal fee of $40/year. 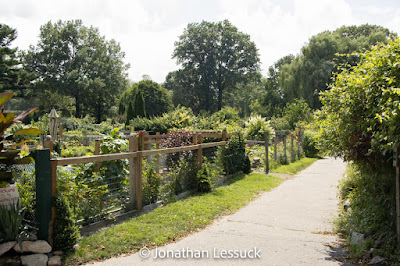 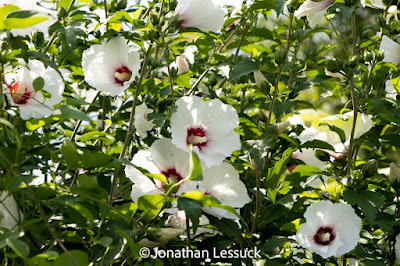 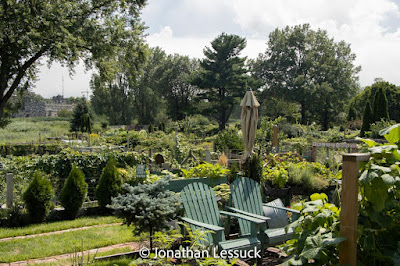 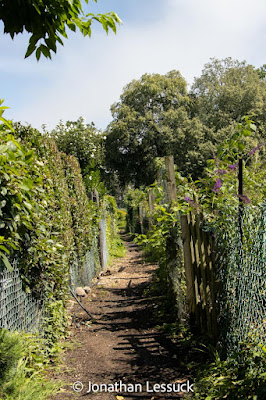 Of course, the Back Bay Fens also have lent their name to the nearby Fenway Park, home of the Boston Red Sox. 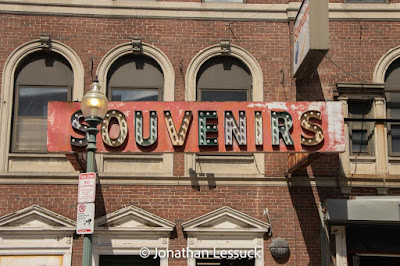 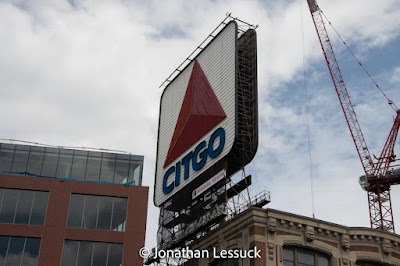 The Swan Boats operate between April and September and cost $4.50 Adults/ $3 children

Back Bay Fens - There are many places to enter the park. They T-stop closest to the Victory Gardens is Kanmore Square on the Green B,C, and D lines. Walk south along Brookline Ave., past Fenway Park. Turn left onto Boylston to the Fens.