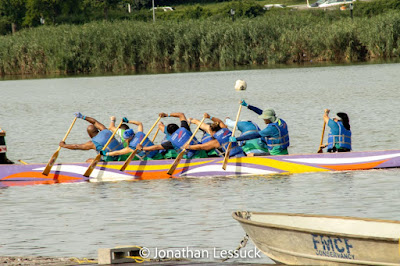 Dragon Boats are a paddled, canoe style craft that have been used and raced in China for over two thousand years. They are festive and colorful. Race days in China are a celebration of competition and teamwork. The Hong Kong Dragon Boat Festival in New York has become a yearly tradition here since its founding in 1990, and this year I attended with the goal of people watching and enjoying the races. 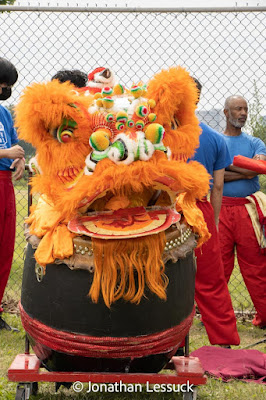 In China, dragons are thought to be the rulers of all forms of water, so the idea of the boat races was to honor them. Traditionally, the races take place on the fifth day of the fifth month of the Chinese calendar, which usually falls near the months of May and June, somewhat near the summer solstice. Both dragons and the sun are considered to be male in traditional Chinese mythology. They are thought to be at their most potent at this time of year. Thus, the tradition of dragon boat festivals as celebration near the summer solstice has a long history.

Dragon boats have teams of twenty; eighteen paddlers, a steerer, and a drummer to help keep the paddlers in rhythm. The race takes place over a course that can vary from 100m to 2000m depending on the venue. Traditional boats are made from teak, but today, most teams use fiberglass boats. 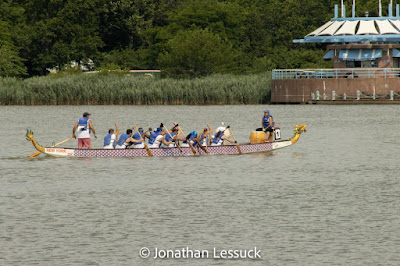 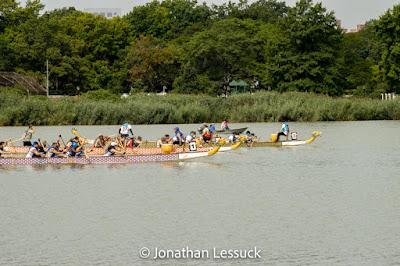 The Hong Kong Dragon Boat Festival in New York is held each year in Flushing Meadows - Corona Park. The lake there is long enough for a 400 meter course. While the festival usually lasts a whole weekend, this year, due to COVID, it was shortened to one day, with two racing sessions, morning and afternoon. I arrived early, as the nine morning teams were setting up their tents and warming up for the races. There were two rounds of three races in the morning sessions. In the first round, three teams race in each heat. The second round heats are set up according the place finished in the first round (1st, 2nd or 3rd place teams races each other). 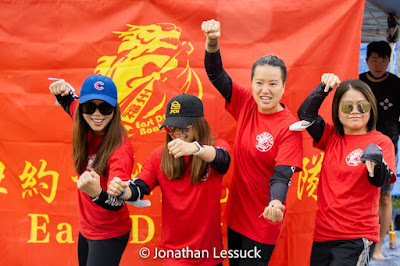 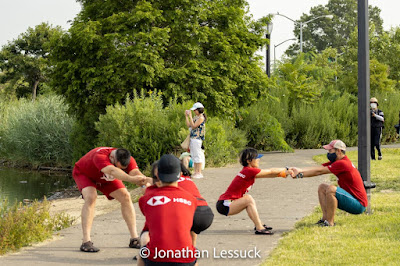 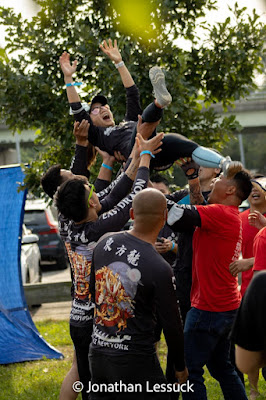 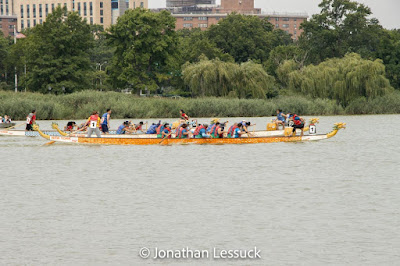 During the races, supporters and other on-lookers line the shores of the lake to cheer their favorites on., or to just enjoy the thrill of a competition. 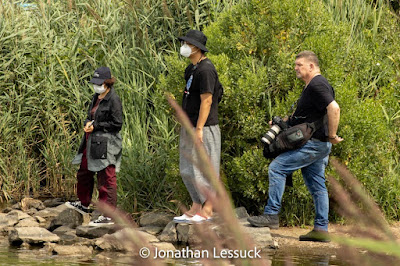 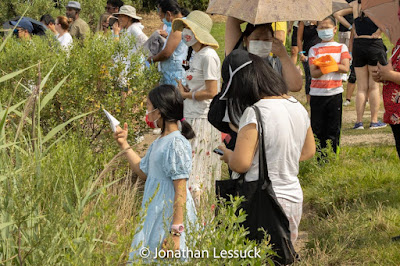 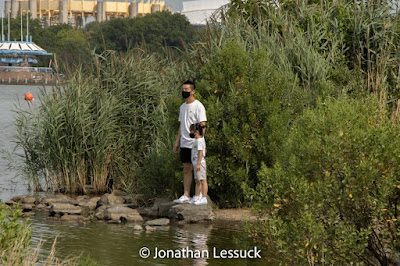 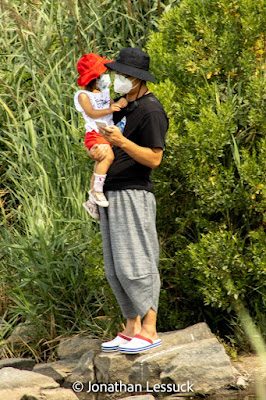 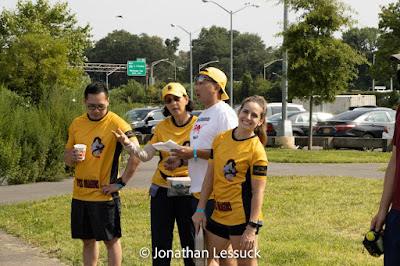 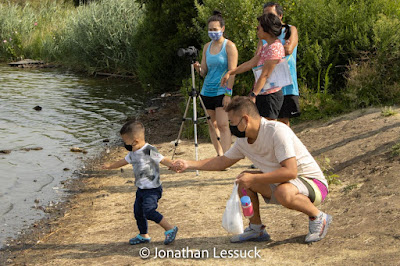 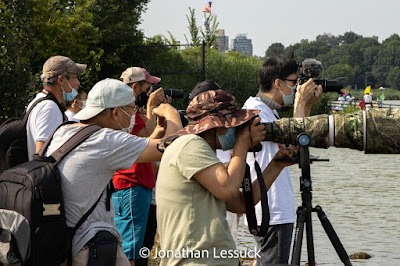 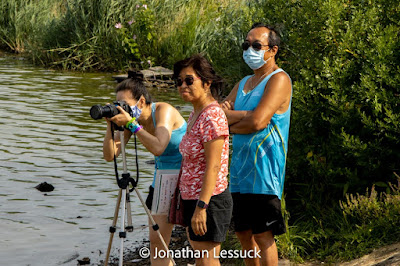 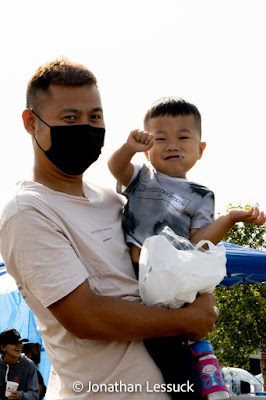 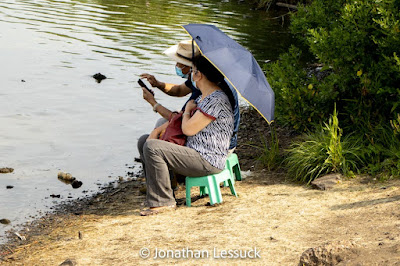 Between the morning and afternoon sessions, the festival presents music and cultural performances. This year that included performances by the Chinese Music Ensemble of New York, the Tony Chuy Lion Dancers. There were also food vendors and tents set up by many local social organizations. 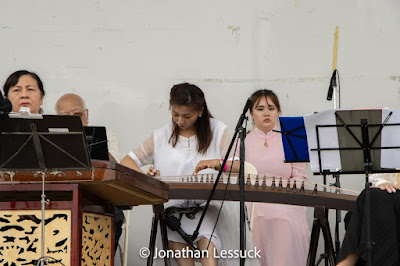 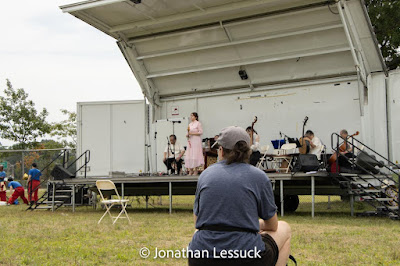 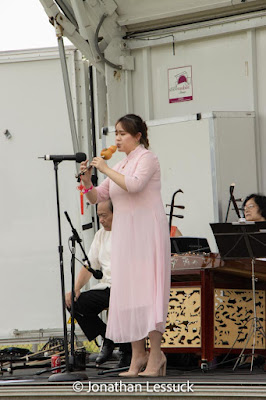 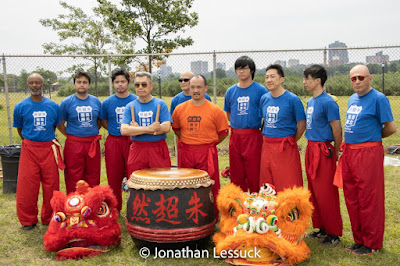 The Hong Kong Dragon Boat Festival in New York is a wonderful way to spend a summer day in the park. You will enjoy good food, Chinese culture, and some exciting and colorful boat races.