Do you like those wonderful posters that advertise everything from movies to rye bread? Does good graphic design catch your eye? Well then, The Poster House is a place you should visit! 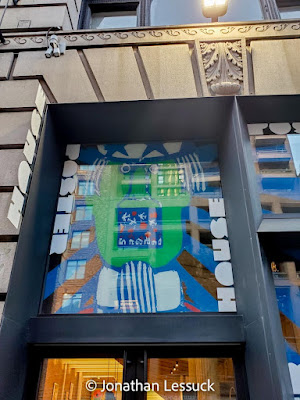 The Poster House is the first museum dedicated exclusively to commercially produced posters. It presents them, and places them in their artistic, social, and historical context. The museum is located on 23rd street, in the Chelsea neighborhood of New York City. It was founded in 2015, and opened its doors in June 2019. While COVID closed its doors for most of 2020 and 2021, it recently reopened with three exhibits. 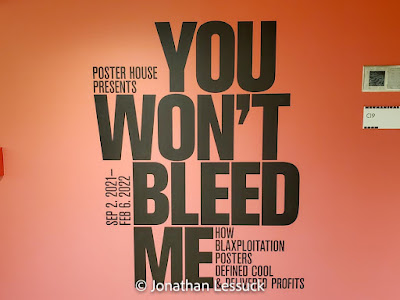 The basement gallery hosts “You Won’t Bleed Me,” a show of posters from blaxploitation movies of the 1970’s. While often devisively dismissed, these low budget films played a key role in cinema history. During their heyday they were the only movies that consistently presented Black actors as heroes, taking on drug dealers, corrupt politicians and racists police officers. While short on plot, they were filled with non-stop action and great sound tracks. It was the music and the posters that were the way that studios advertised these movies, and the posters offered a glimpse into the world presented in the movies. Showing heroic men, sexy women, and the promise of action. 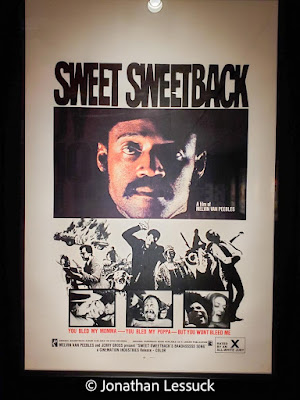 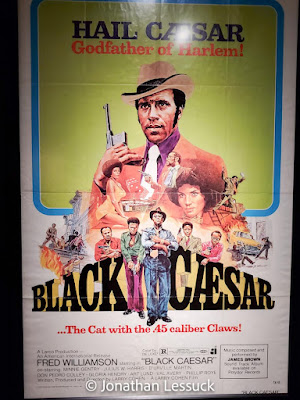 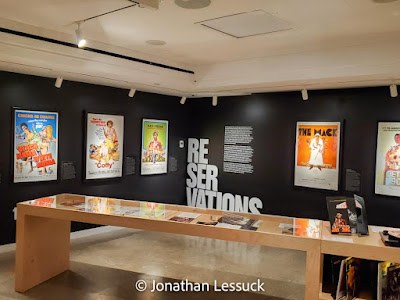 In the basement hallway there is a small exhibit of posters designed by LeRoy Neiman. The advertisements of sporting events and jazz festivals presented in What’s the Score are some of Neimans best advertising work. 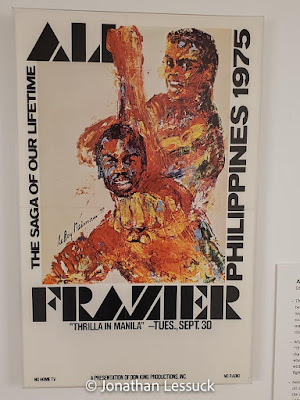 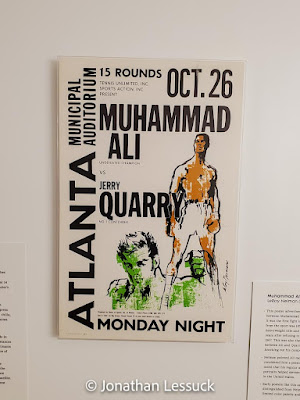 The main gallery is currently showing The Push Pin Legacy. In 1954, three graduates from The Cooper Union, Seymour Chwest, Milton Galser, and Edward Sorel, joined together to found Push Pin Studios. This collaboration revolutionized graphic design, and produced some of the iconic advertising posters and campaigns of the 1960’s and 70’s. From Levy’s Rye Bread to the Vivian Beaumont Theater at Lincoln Center, these posters were front and center in the lives of those of us of a certain age. 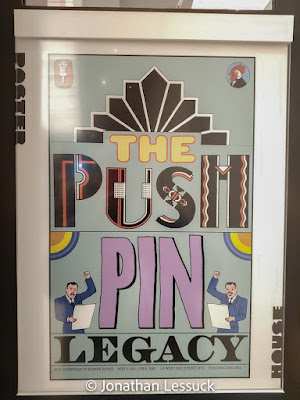 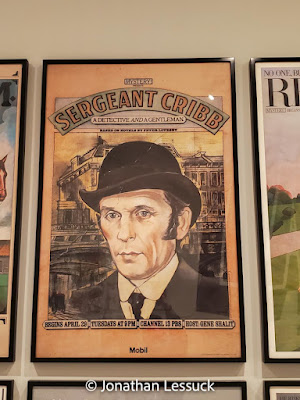 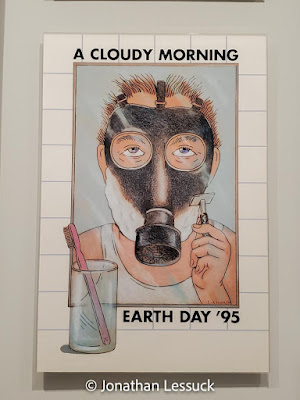 Advertising and political posters have played important roles in society for many decades. There is finally a museum with the mission of exploring and presenting this history, and giving visitors a look back these wonderful examples of graphic art.

Nuts and Bolts:
The Poster House is located at 119 W. 23rd Street in NYC. The closest subways are the #1 train to 23rd street and the F train also to 23rd street.