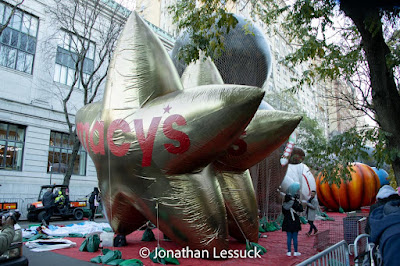 In 1924, R. H. Macy and Company decided to promote the start of the Christmas shopping season by holding a parade. On Thanksgiving morning, costumed employees of the store, along with animals borrowed from New York City’s Central Park Zoo, marched from 145th street and Convent Ave to the front of Macy’s store on 34th street. There, they welcomed Santa Claus, who appeared on a balcony above the street. While the animals are no longer used, and Santa now rides the entire route, Macy’s Thanksgiving Day Parade is still going strong.

The Macy’s Thanksgiving Day Parade has been a yearly tradition for almost one hundred years, but it flashed into the national culture in 1947, when it was showcased in the movie “Miracle on 34th Street”. There is a tradition that the parade shares, one that used to be a New York insiders event - watching the inflation of the parade balloons on thanksgiving Eve. I say “used to be” because the crowds on Wednesday evening are now huge, and to quote Yogi Berra ‘It is so crowded that nobody goes there any more.’

This year, between the COVID vaccination check, the security bag check, and a crowd control line that turned a 5 block walk into a 12 block stroll, it took over an hour to get to see the balloons. The line was packed, mostly with out-of-towners, tourists and suburbanites. Families with children, groups of teenagers and people in their 20’s all walked through the slalom path. And although the line was long, for the most part people kept their spirits up, even the little kids. 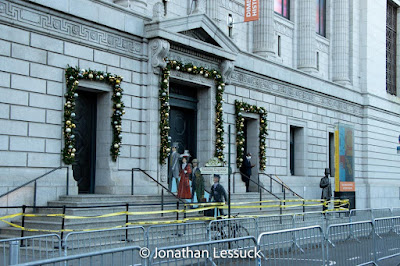 While it took a while to get through, the methods used to control access worked well, By the time I arrived at the balloons, there was more than enough space for everyone to get up close and to take pictures without falling over each other. And the balloons are where the fun is. Even if I didn’t recognized half of the characters, this 60-year-old fell back into childhood as I walked along the park outside the American Museum of Natural History, where the large balloon rivaled the dinosaurs inside. 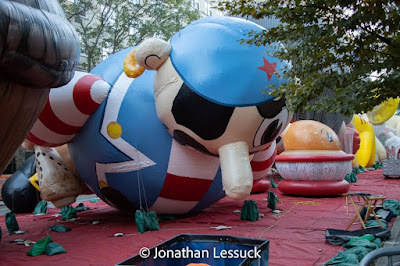 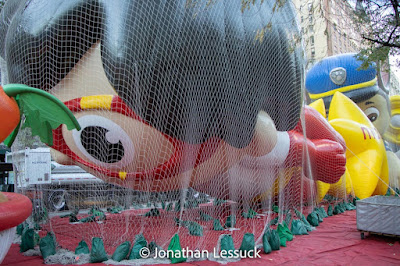 In among the giant balloons wee smaller starts, along with hybrid balloon/floats that are in the parade to entertain the crowds. 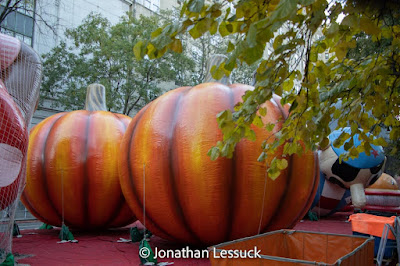 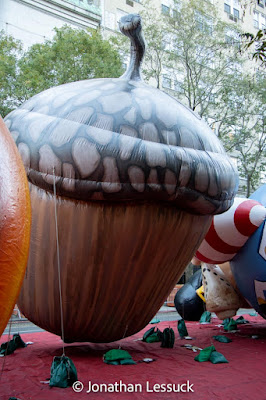 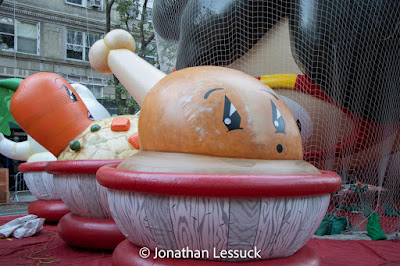 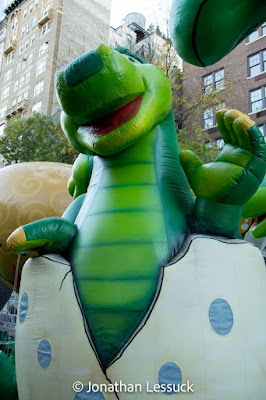 Years ago, coming to watch the balloon inflation was a New York activity. Very social, very neighborly. Now it, like many such events in the city, has grown beyond locals. In fact, most NYers won’t go to it. But it is still an “only in New York”, one of those that is worth the effort at least once. 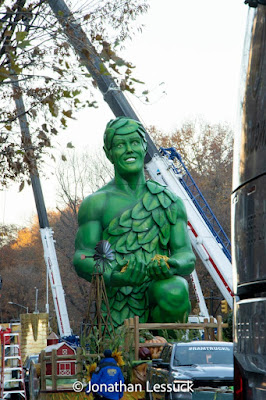 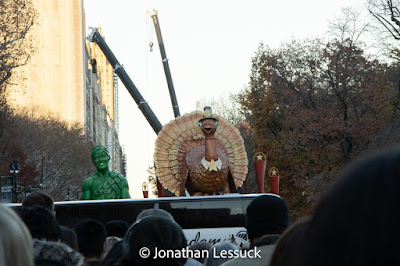 Nuts and Bolts:
The Macy’s Parade Balloon inflation is free, and takes place on Thanksgiving Eve, from Noon - 6:00PM

It can take from 1 to 3 hours to complete the walk, and there are no bathroom facilities once to pass the security checkpoints. This year, attendees had to present proof of vaccination in order to join the line to enter, and masks were encouraged, even though this was an outdoor event.