The history of Christianity is filled with, well…., interesting sects and divisions. But none more interesting to me than The Shakers. And Kentucky was home to the third largest Shaker community in the United States. 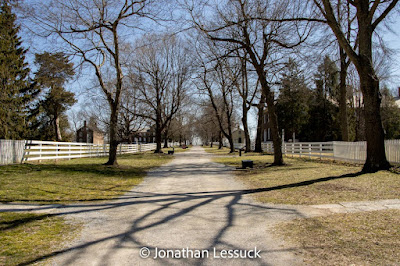 The United Society of Believers in Christ’s Second Coming, known as the Shakers, was founded in the late 1740’s in Manchester, U.K., as an offshoot of Quakerism. They differed from mainstream Quakers in their belief that the spirit of God entered into their physical bodies and was expressed through singing and dancing. The Shakers also believed that all members were equal under God’s eye, and split their leadership equally between men and women. Finally, Shaker Leader Mother Ann Lee claimed to have had a vision that showed her that all sexual relations were sins before god, and so Shakers practiced celibacy

In 1774, as they came under both legal and physical attack by members of the Church of England, eight Shakers, led by Mother Ann Lee, sailed from Liverpool to New York. They settled in Watervliet NY, near Albany, before moving their headquarters to nearby New Lebanon in 1787. In the 1790’s the Shakers developed a set of written covenants in which members agreed to confess their sins, consecrate all of their property to the community, and to practice celibacy. The Shaker communities practice “communalism”, also known as christian communism; that is, all property was owned by the community, and all resources were divided among the members as needed. New members also agreed to end familial ties. Married partners separated and lived in different houses, while children were raised communally. 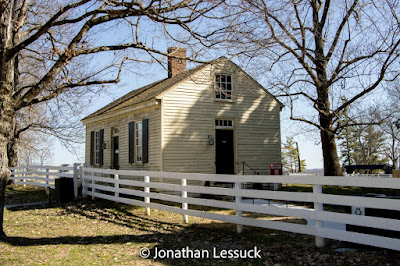 In 1805, a group of Shakers traveled  to central Kentucky and established a village that became known as Pleasant Hill. They settled on land along the main road to Lexington, near the Kentucky River. They farmed the land, and began creating things to sell. The Shakers had already developed a reputation for quality furniture, made without nails. They also developed a method for very strong, flat brooms. Having a store along the road made it easy for locals to come and buy their goods. Shakers also developed the first mail order seed business, around 75 years before Burpee. Their position along a major highway allowed the community to develop a tourism trade, opening an inn that offered both meals and rooms for travelers.

Settling near the Kentucky River gave the Shakers another business opportunity. During the winter, they would produce goods, seeds and honey. When the weather started to warm up, they would load a barge and head downstream. The Kentucky River flows into the Ohio, which flows to the Mississippi. The Shakers would stop at towns along the way, selling their goods, until they finally reached New Orleans. When they had sold everything, including the barge, they would purchase items needed by the community, and head back to Kentucky overland.

The Shakers maintained Pleasant Hill until 1910, by which time their numbers had dropped to around three dozen members. The last member of the community, Mary Settles, died in 1923. The farm land and buildings had been sold off to locals, and many were either repurposed or torn down  over the next forty years. In the early 1960’s several Kentuckians began the effort to recreate and preserve the Shaker Village. They created a non-profit corporation, raised funds and secured a $2 million loan to buy and maintain the remaining buildings. Today there are 39 original buildings on the 2800 acres that make up The Shaker Village at Pleasant Hill. 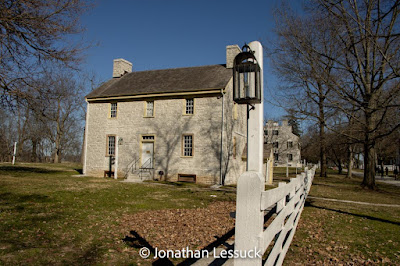 When I visited in early March, the grounds were fully open, and not crowded at all. It was fascinating to walk through the buildings, which have been restored to their original state. I started my visit at the Meeting House, where a staff member presented some of the history, methods and music that took place during religious services on Sundays. Members would march from their “family dwellings” to the meeting house, singing as they came. The service had no designated preacher or organized service. Instead, members were free to give testimony either spoken, or often, singing. The services could last for hours, and with the singing and dancing, could be very loud. 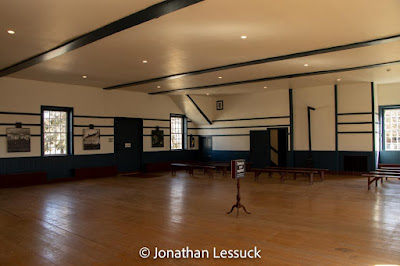 There were three “family dwellings” at Pleasant Hill. These large buildings were communal residences. Men lived in rooms on one side, while women lived on the other. Children lived in rooms on the upper floors of the building. Each building had its own kitchen and dining area, and their own shower and laundry buildings nearby. 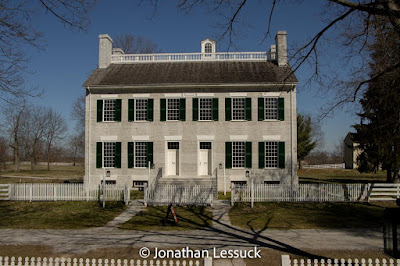 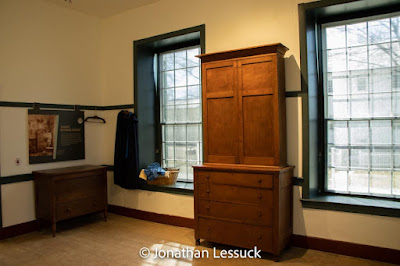 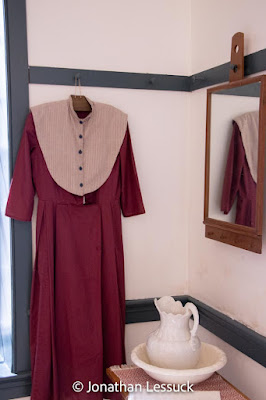 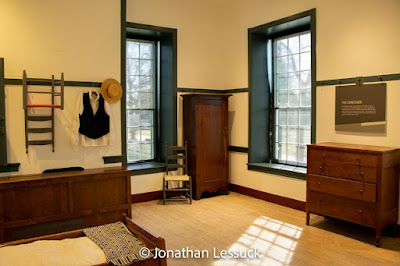 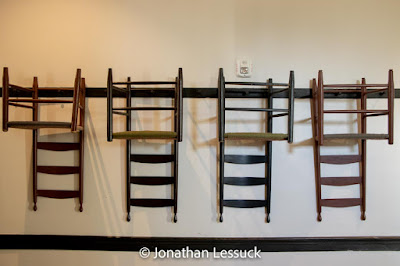 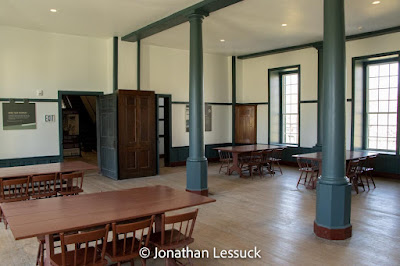 One unique aspect of the Shaker Village is that it had running water, provided from a large cistern in the Water Building. Water was pumped up to the cistern using a horse driven pump. From there it ran down to the dwellings, showers and laundries.


Members worked in the community. Farming and house keeping were primary, and still in evidence today. But they also manufactured brooms, furniture, honey and seeds for sale. Many of these can be bought at the Pleasant Hill today. They also ran an inn, and I enjoyed an excellent lunch at the Trustee’s Table, featuring vegetables and meat raised on the farm. You can also stay at Pleasant hill in one of several rooms set up around the property. 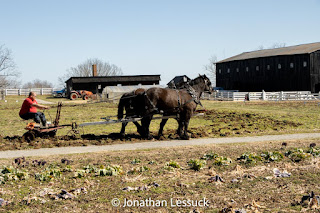 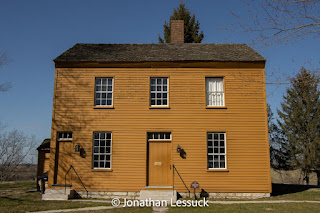 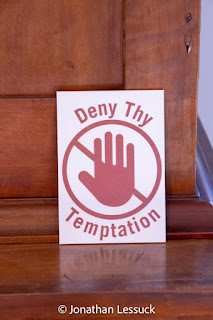 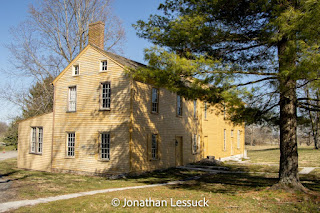 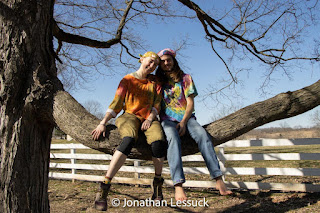 Visiting Pleasant Hill is a wonderful exploration into the history of Kentucky, and of this fascinating religious group.