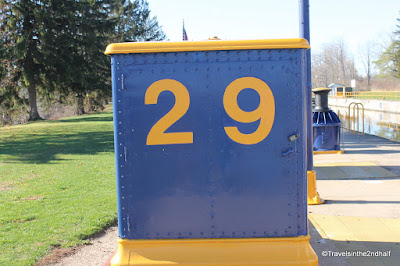 I have always been fascinated by the ways in which people travel both past and present. It may be the engineer in me, it may be the historian. I have always loved learning about the methods of travel that people use. And one of the most interesting is the use of lock technology in canals. I mean where else in the world do we employ a major form of transportation technology that was developed over a thousand years ago? So, when I had the chance to stop and see a lock on the Erie Canal up close I took full advantage of it.

The Erie Canal holds a place of nostalgia in the hearts of many people. It represents a different time, before the railroad opened up the country. Before it became easy to move people and goods around the country. Today, in the era of super-highways and airplanes it is considered outmoded. But the Erie Canal still exists, not just as a derelict left over, but a fully functioning navigable passage for boats.

The original Erie Canal opened in 1825, stretching from Albany NY to Buffalo NY. It provided a direct, water based path of travel from the Great Lakes to East Coast. Prior to its opening goods had to carted over land, a trip which would weeks. The main effect of opening the Erie Canal was to provide a source of inexpensive food to the east coast cities while also providing industrial materials to the Midwest. The canal was widened and deepened several times before being completely rebuilt between 1905 and 1918 and with the new canal being renamed The New York State Barge Canal.

In order to make the trip from Albany NY to Buffalo NY the barges had to be raised a total of 570 feet in elevation. To do this the built a series of locks. The Pound Lock, which has a gate at each end of a section of water that can be raised and lowered, was developed in China in the 980’s. It was first used in Europe in the 1300’s. And today it is still the primary way that canals allow boats to change their elevation. These lock can be made a large or as small as needed for a given canal. Some locks are as much as 500m long.

The lock I visited was Lock E29, just west of the town of Palmyra NY. It sits next to a very nice park along the Erie Canal Heritage Trail. The park has a covered picnic area and some very nice trails to walk on. 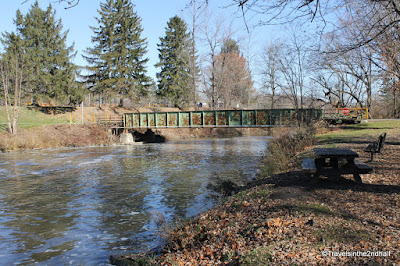 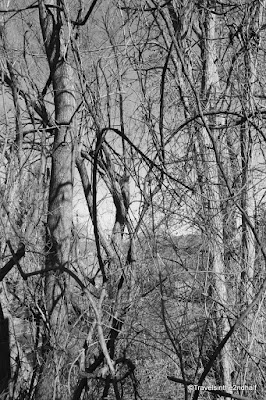 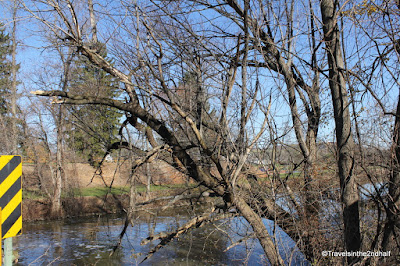 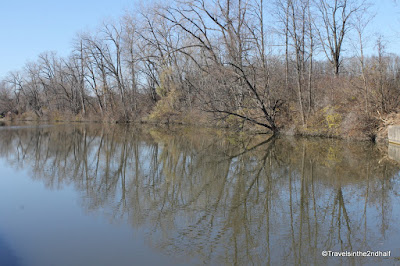 Next to the park are the canal and lock, along with the spillway that carries excess water around it. When the lock was originally built it included power house to take advantage of the 16 foot change of height. 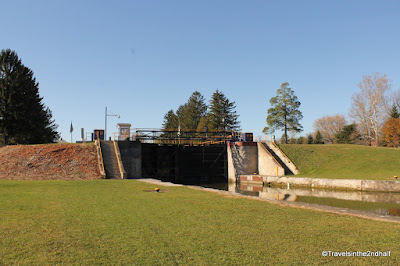 Maybe one of these days I will take a trip across the state and stop at all of the locks.
Posted by Jonathan L at 4:30 AM