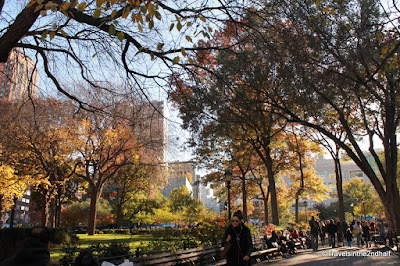 Union Square is one of my favorite place to come to in NYC. There are so many interesting aspects of this park, and I always find something new when I come.  It has a long history and has played key roles in New York’s past and present. Today it is a neighborhood backyard, a lunchtime outing, a marketplace and a soapbox, all wrapped into six and a half acres of urban open space.

Originally a “potter’s field” that sat just north of 14th street, which was the northern edge of NYC, this open space was designated as a public space in 1833 at the urging of Samuel Ruggles – founder of The Commerce Bank, and holder of land deeds to many properties the sat on the edge of the park to be. Its name comes not from the Union Army or many labor marches that that started or ended here, but from the fact that the park sits at the junction of the major thoroughfares of the time, The Bowery and Broadway. The park was originally laid out and planted in the early 1840’s and given a total makeover by Frederick Law Olmsted and Calvert Vaux in 1872. It was finally redone again in 1928 when the subway was built underneath it.

In the 1840’s the area around the park was primarily residential, but as the city expanded, the area changed, first to be the northern end of the Rialto – NYC’S first theater district. Then it became a commercial/industrial district. Today Union Square sits at the border of the ever expanding New York University to the south, and the resurrected Flatiron district to the north.

During the 60’s and 70’s Union Square fell into disrepair. NY was going through a financial crisis and most of the parks around the city were allowed to fall by the wayside. The park was completely renovated in 1983, with new paths and benches, and since then it has grown to be a center of social life.

In 1976 Union Square established a greenmarket which today brings mostly local farmers (average distance is 90 miles) in to sell their goods. The market runs on Mondays, Wednesdays, Fridays and Saturdays year round from 8am-6pm. The greenmarket serves up to 250,000 people on a given day, with fresh produce, meat and baked goods. The Square also hosts a holiday market before Christmas, which I wrote about here. 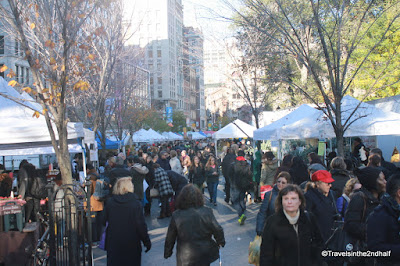 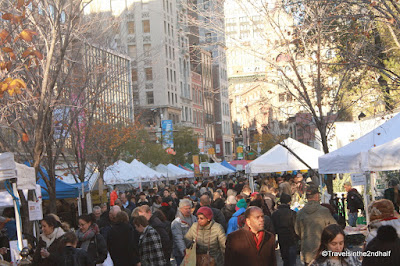 As I said, Union Square is a backyard to many people who live in the area. When the north end of the park was renovated in 2008 the playground was expanded and improved and the pavilion was rehabilitated and a seasonal restaurant was added. The city also added chairs and tables which has made Union Square a magnet for people coming out to enjoy their lunch when the weather is good 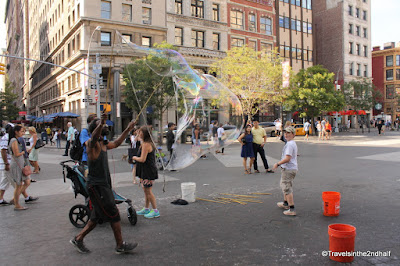 To me the most interesting part of Union Square’s history is as a place where people involved in worker’s movements came to make their points and rally their troops. For many years political marches have started or ended at this spot. My family has a long tradition in taking part in these marches. May Day marches were a yearly event here, and my parents were participants. When immigrant workers started demanding their rights in the 2000’s it was back to Union Square on May 1st that they came.  Even today, people gather at Union Square when they feel a need to express their feeling, whether it is about police brutality or anti-muslim rhetoric.

So, if you want to experience a real piece of NYC living history, come down to Union Square. Bring lunch, or buy it at the greenmarket, and sit for a while. Watch the people go by. 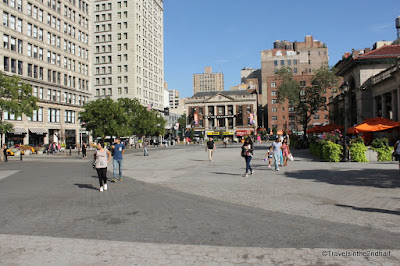 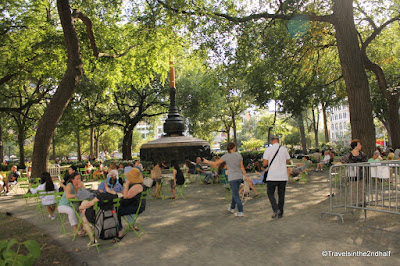 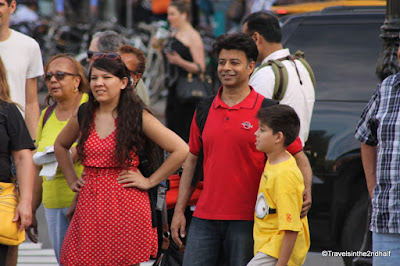 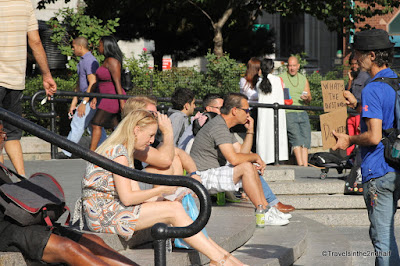 Getting There:
Union Square sits right about the Union Square-14th Street stations of the 4, 5, 6, N, Q, R and L trains.
It fills in the blocks between 14th street to the south and 17th street to the north, and between University Place to the west and 4thAve/Broadway to the east.
Posted by Jonathan L at 4:30 AM