Last month The Amazing Ms D. and I took a three week cruise on the Norwegian Sun from Valparaíso Chile to San Francisco. While we have taken several cruises but this was by far the longest cruise we have ever taken. There were many good points to this cruise and several issues that took away from our enjoyment. I will be blogging about the places we visited, but here are my thoughts on the cruise itself.


The Norwegian Sun is one of the smaller boats in the Norwegian fleet. Built in 2001, it holds about 2000 passengers. Along with the Norwegian Star it was Norwegian’s first “Freestyle Cruising” ship. While it is still a big ship, everything was much more convenient than on some of the larger boats. The staff on the Sun was excellent. Friendly and helpful, they worked hard to meet our needs, even giving me scores on European soccer matches that were not covered on their tv channels.

This was a special trip for us and when we booked it we decided to upgrade to a mini-suite, a choice that really made our time on board special. Our room was on Deck 11, which put us on the same deck as the spa, gym, pools and Garden Café – the buffet. This made our life very easy in the morning, since the Garden Café was the only place to get breakfast. Out room was a little over 300 square feet, and had separate sitting area that could curtained off so I could watch TV without bothering The Amazing Ms D. if she was asleep. It also came with a full bathroom and changing area. All of this space meant that when we wanted someplace quiet, which can be hard to find on board any cruise ship, we had a spacious and comfortable place to go.

Let’s start with the best – dinner. Norwegian Cruises operate under the title of “freestyle dining.” That means that there are no fixed seating times for dinner. There are 2 main dining rooms open for dinner and you just show up when you are ready to eat. You also have the choice of whether or not to eat with other guests. The food in the dining room was very good. There were two sections of the menu.  One was a set menu that did not change from day to day. The other was a changing selection of appetizers and 5-6 main courses. Over the course of three weeks the menus did repeat, but not so that we got tired of them. The portions were reasonable, and this being a cruise, you could always order a second choice if you were really hungry. Dinner service was excellent, with several wait-staff taking care of each table.

Breakfast was only available in the Garden Café Buffet. It was plentiful with an omelet station, a waffle station and lots of good baked goods, breakfast meat and fresh fruit. Unfortunately with 1500 guests, the Café filled up quickly, especially on the at port days. My biggest complaint about breakfast was that the coffee was awful.

Now for lunch. Most people ate lunch in the Garden Café. We did not. The food there was not very good, and the lunch choices were very limited. The food was not seasoned well, if at all. Lunch was also served in of the restaurants. This was a much better choice. Even though the lunch menu did not change during the three weeks, the choices were much better. The only thing was that the lunch crew did not deal very well with special orders, like changing the veggies on a particular dish. Out best lunches were on the days we docked, because the food we got on shore was much better than the lunches that were on board the ship.

Specialty Dining – The Sun also has six or seven “specialty dining” restaurants. For $20/person or more, you could eat dinner in a restaurant that offered a premium choice that was not available in the main dining room. We did not indulge, as we felt that for what we were paying for our suite, we did not want to pay extra for food.

The ship was very comfortable with a lot to do. This was the first cruise I’ve been on where there were actually enough deck chairs in the sun so that people did not fight over them, although things did get crowded on the shady side. There were 2 decent sized pools and 4 hot tubs. There were a few places that we were comfortable just sitting and talking with people, especially in the outdoor area at the aft section of the ship and in the Atrium on deck 5, which was also where the coffee bar was. The library was well stocked and quiet, although most of its chairs were taken to be used by a large group of bridge players on board. There was an excellent string trio- Amber Strings – that performed most evenings in the Atrium before and after dinner. And the Sun Show Band had great jazz chops. The stage performances were hard to watch for someone who frequents Broadway, the efforts were earnest and heartfelt.

Issues – Not all was great

As I said, the food in the Garden Café was not very good. There was also a feeling of being nickeled and dimed. Everything had an extra charge. We have already come to expect the charge for soda, the upselling at every spa visit and the specialty restaurants, but the only decent coffee was at the Coffee Bar - $2.95 for espresso/cappuccino. Also the alcoholic drinks were expensive.

One of the more annoying things that happened was that when not enough (read no) people were attending the “health seminar” in the spa, they moved them to the Atrium, where everyone there had to hear them whether they want to or not.

Finally, and most importantly, there was a major problem with the ventilation system in the rear of the boat. There was an odor of sewage that permeated that part of the boat for the last half of the trip. It was so bad that that crew finally turned off the air conditioning as the only way to control it.

Overall, we enjoyed our time on the Norwegian Sun, but that was due as much to our choice of room before we boarded, it gave us a place to be that was ours and comfortable. If we had been in a smaller, interior room, which would have necessitated us using more of the ship, it would probably not have been as good a trip, and my rating would definitely have been lower. 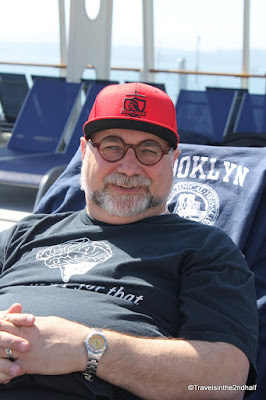 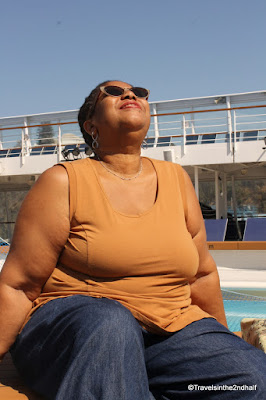