Driving through the northern stretch of Illinois was an experience of planning and randomness. I planned to visit the Joliet and a small museum in the town of Freeport. In between these stops, I allowed my GPS to plan my route, with its only command being “Avoid Highways”

Joliet is a city of almost 150,000 people that sits along the Des Plains River. All I knew about it was that there was a state prison there. When I arrived on a Saturday morning, the downtown area was fairly deserted. This gave me a chance to walk around the historic district and take photos without crowds. Apparently I was not the only person looking to take advantage of this fact as there was a photography class or club out taking pictures. 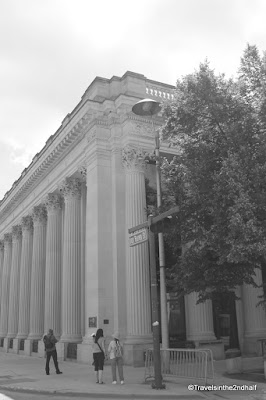 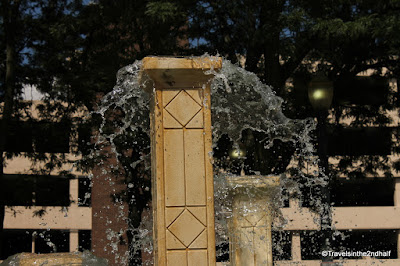 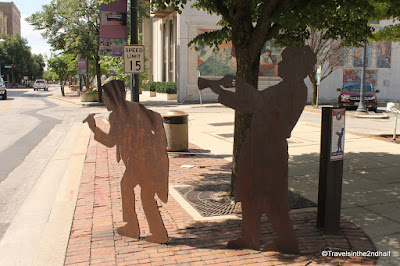 Joliet’s earliest industry was providing limestone to the construction industry in Chicago. Limestone was shipped down the Illinois and Michigan Canal, which ran from Chicago, along the Des Planes River to the Fox River, which allowed access to the Mississippi River. Limestone from the Joliet area was used in the construction of public and private buildings throughout the Chicago area.

http://www.sos.state.il.us/departments/archives/i&mpack/i&mex.html
The M&I Canal also allowed the development of the steel industry in Joliet. The canal allowed for the easy shipping of iron ore to Joliet and of steel products out to the rest of the country. Today this industry is mostly gone. The largest employers in Joliet are the healthcare industry and education.

There are reasons to stop and see this city. In Downtown Joliet there are wonderful buildings that are covered in Joliet Limestone. One great example is the Main Branch of the Joliet Public Library. Opened in December of 1903, this is a beautiful place dedicated to books and education. 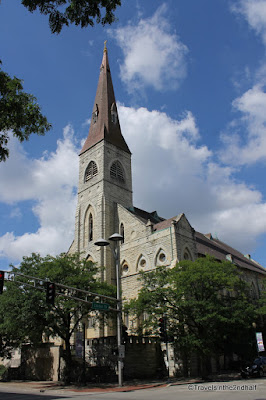 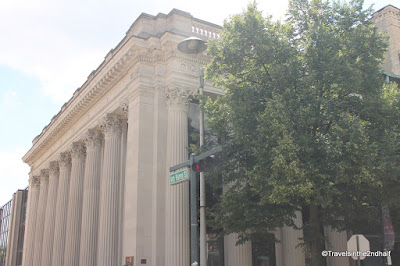 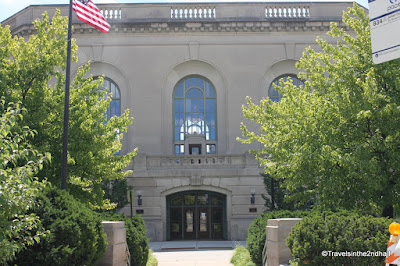 Another historic building is the Rialto Square Theater. Built in 1926, the Rialto was billed as “A Palace for the People.” And it is. Its inner lobby was designed after the Hall of Mirrors in Versailles. It was built as a vaudeville movie house with an organ, whose console could be raised and lowered and an orchestra pit for live music. Unlike many of the movie palaces in other cities, the Rialto was never split into small theaters, and it operates today as a venue for live music. 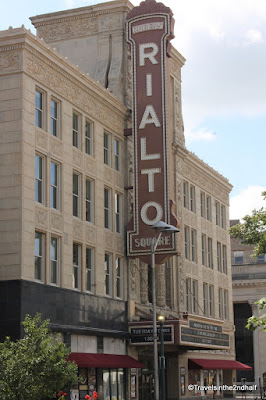 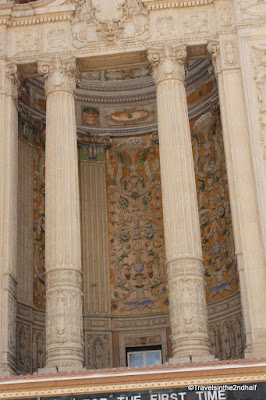 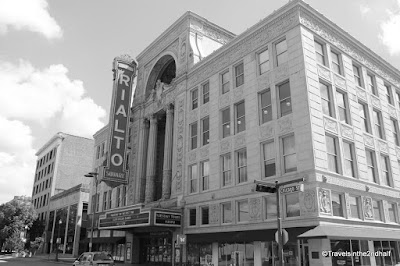 Joliet also has a very good historic society museum - The Joliet Area Historical Museum, which also includes a Route 66 museum. The museum includes a series of excellent movies about the history of the area, many artifacts and a special exhibit hall that was presenting a history of Science Fiction in art when I visited.

Freeport is probably best known as place where the second Lincoln-Douglas debate took place. But what drew me here was a small art museum. If you have been reading my blog for a while, it might be obvious that I have a thing for small museums, and the Freeport Art Museum is that. It really typifies what a small local art museum can be. Housed in a former elementary school, the museum has galleries dedicated to European, American, Native American, Asian and African art. These collection offer a good introduction to these areas. It also offers a space to local artists who may not have made a name for themselves yet. When I visited in July there were two special exhibits. One was an exhibit of masks created by the Momentum Art Group, a local artist’s collective. Each member created a mask, using the media of their choice, to represent their vision. The other exhibit was a photography exhibit around the theme of “The Nature of Masculinity”. One piece in this exhibition that really moved me was Modern David by Mariah Karson. Starting with the idea that Michelangelo’s David represents the ideal male body, Ms. Karson put out a call for men named David, and has created a gallery of David’s, representing the real male body, in all of its diversity. 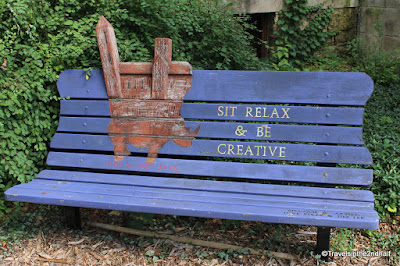 In an earlier piece I mentioned the fact that on this trip is basically set a destination and gave my GPS the instruction “Avoid Highways.” This instruction, along with the GPS programming to find the fastest route kept me off of the Interstate, and also off of many major roads, like U.S. 20. My navigator took me down many a county and country road, back roads through corn and soy fields and very small towns, like West Brooklyn IL, home to 192 people. 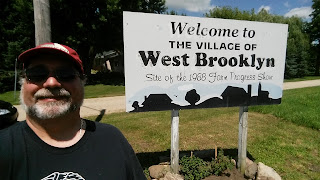 “Do you see over yonder, friend Sancho, thirty or forty hulking giants? I intend to do battle with them and slay them.”
― Miguel de Cervantes Saavedra, Don Quixote 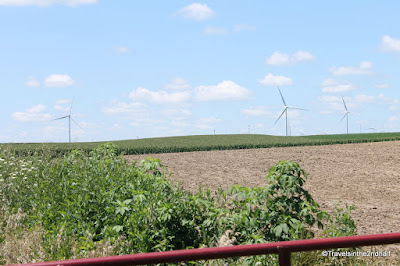 I drove across a highway, and in the distance I saw some windmills. As I continued on the number of windmills grew, until there were several dozen. My path took me around the edge of the wind farm, but it did pass through part of it, and I got to see some the windmills up close. These giants of the prairie are beautiful and awe inspiring. I have always had an interest in large engineering projects, and modern windmills dwarf their surroundings. 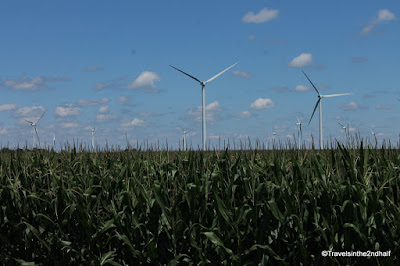 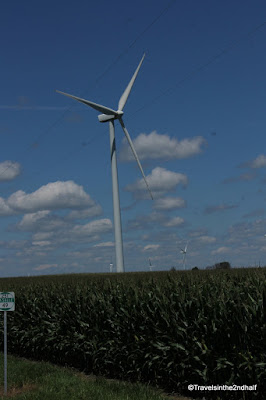 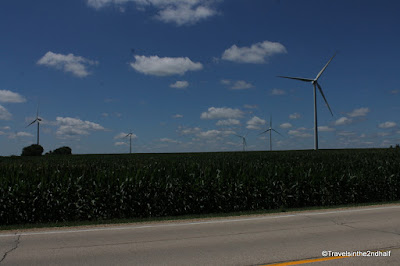 These were fortuitous encounters. I did not plan them, I didn’t know either one was there until I happened upon them. These discoveries are an insight into the day to day life of the places I travel through. I always feel that I learn something when I drive through areas that I didn’t know before. They put a smile on face.  It is these types of discoveries that keep me off of the interstate whenever possible.
Posted by Jonathan L at 4:30 AM