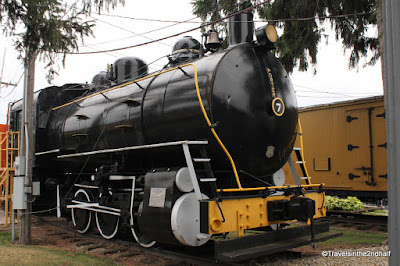 Driving across the I-80/U.S. 20 corridor in northern Ohio is a tale of two states. East of the city of Medina you have mostly older industrial cities like Akron, Warren, Niles and Youngstown. Much of the area between these cities has become commuting suburbs and ex-urbs for the nearby urban centers and even for Cleveland, to the north. On this slow drive off of the interstate speed limits max out at 45 mph and you see a lot of towns that are transitioning from farm towns to suburban centers.

Driving west from Medina Google Maps sent me down many a small county road in it search for the fastest route, avoiding highways and I entered serious farmland. The fields extend for miles. Some people might find a drive through mile after mile of farmland as boring, but to me it was fascinating. Unlike being on the Interstate, where I could put both my car and my mind on cruise control, here I had to really pay attention. Besides the somewhat frequent stop signs and traffic lights, I never knew when there might be a farm vehicle on the road, or even an occasional Amish horse carriage. I also discovered some small towns that got me to stop and take a look around.

Wellington Ohio is a small town with an interesting history. In 1858 an escaped slave named John Price was captured by U.S. Marshalls and brought to Wellington. Several dozen residents of the town broke Mr. Price out of jail and got him out of town and eventually to Canada in what is today known as The Oberlin-Wellington Slave Rescue. Three people involved in the rescue went on to join John Brown at Harper’s Ferry. It is also the home of Archibald Willard, painter of the “Spirit of ’76.”

But what drew me to a halt was the unique town hall that I saw when I entered the town. Built in 1885, the building is a conglomeration of Byzantine, Greek, Gothic and Spanish architectural features. It was designed by Oscar Cobb, a Chicago architect and originally included both the town’s offices and an opera house that was the largest concert venue between Cleveland and Columbus when it was built. 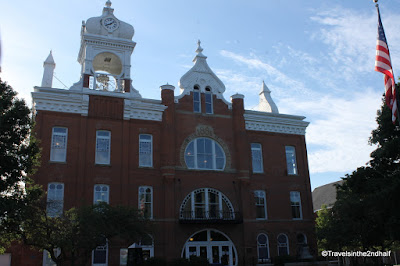 Sitting at the southeast corner of Sandusky County, is the town of Bellevue Ohio. Bellevue became a stop on the Mad River, Nickle Plate, Toledo-Norwalk and Pennsylvania Railroads, and was home to Henry Flagler, who along with Andrew Carnegie founded Standard Oil. I wrote more about Henry Flagler in my piece on St. Augustine, Florida. His home in Bellevue is now the Mad River & NKP Railroad Museum which houses an excellent collection of classic train cars. These cars have been lovingly restored and maintained by volunteers. Some of my favorite cars on exhibition include and old Wabash diesel engine, a 1940’s box car converted for carrying troops during World War II, and some classic Amtrak passenger cars. 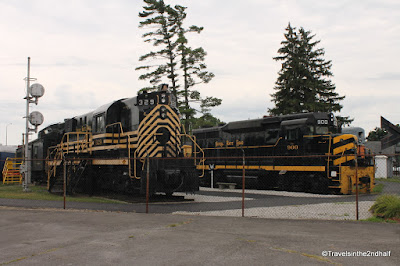 Outside of Bellevue is the Seneca Caverns, a “fracture cavern” that was formed sometime before the last Ice Age when a layer of gypsum below the bedrock was eroded by an underground river. This allowed the bedrock to fracture and fall. The caverns were discovered in 1873, and were developed into a tourist attraction in the 1930’s. If you are used to Howe Cavern’s in NY or Las Cavernas de Camuy in Puerto Rico, where one walks through large rooms with high ceilings, that is not what you will find here. Because of the manner of formation, the enclosures in the caverns are small with low clearances. The stairs are steep and some of the passages are tight. But the formations are really beautiful, and if you can manage the climb, it is worth the trip. 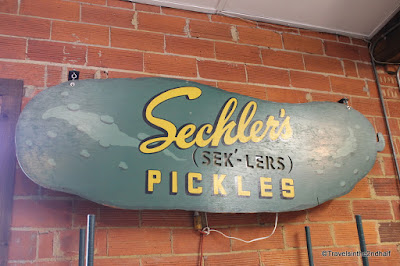 One more place worth a stop, although not in Ohio, is Sechler’s Pickles in St. Joe Indiana. Sechler’s is a family owned company that makes pickles and relishes. They use mostly locally sourced veggies and traditional recipes to create delicious food. You can tour the factory Monday-Thursday from 9 am until 3 pm. 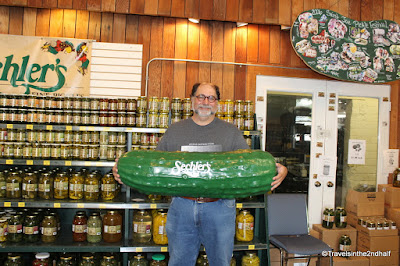 Using Google Maps gave a randomness to my trip. I got to see many places that I would never have found on my own. However, I also put in hours of planning before I left, and while I traveled. I found that the AAA web site gave me a lot of possible places to stop. I also stopped at tourist offices whenever I found them. They are a trove of local sights and history. Finally, I would ask people if there was something that they would recommend. Where is the one place that they take visitors to? So get off of the interstate and explore.