Taking a road trip is one of my favorite things to do. And when I have the time to “shunpike,” or drive on the blue-line highways instead of the interstates, it is even better. So when I had the chance to take a trip to Minneapolis by car, I took full advantage of being retired and spent several days crossing Pennsylvania while both going to and returning from the Midwest.

The trip through Pennsylvania is beautiful. Northern and central Pennsylvania is home to the Alleghany Mountains, which run in long ridges in a mostly east-west direction. This means that the roads pass from forested mountains to farm-land valleys. I-81 stays in a mostly undeveloped stretch from New Jersey to Ohio, but Google Maps and my research sent me through many of the towns that inhabit the valleys of the state. Some of the things I saw were planned and some were happy accidents, but I enjoyed the entire trip. Here is a rough map of my trips through Pennsylvania – The black line represents my trip west from NJ to Ohio, and the red line represents my return trip 2 weeks later: 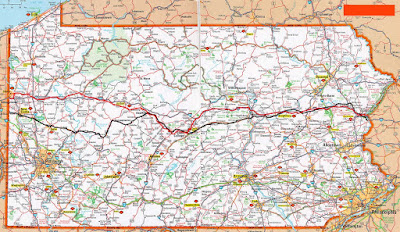 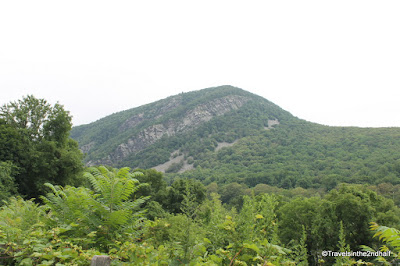 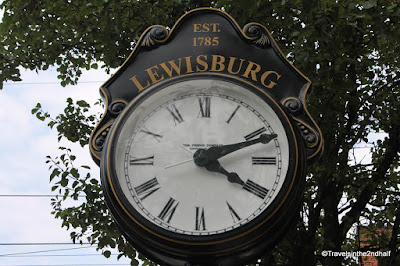 Lewisburg is a town with a population of 5700 that sits on the banks of the West Branch of the Susquehanna River. Founded in 1784, Lewisburg offers examples of just about every style of architecture that was used in the development of the country. It is also home to Bucknell University. There are several museums in town that will give you a taste of life during the early 1800’s. You can find a list of all of the area museums here. 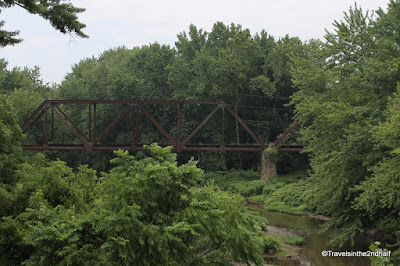 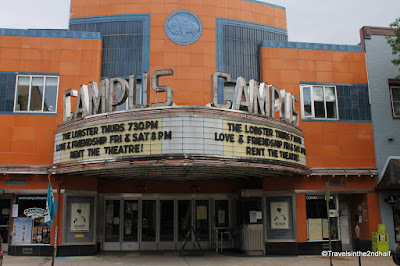 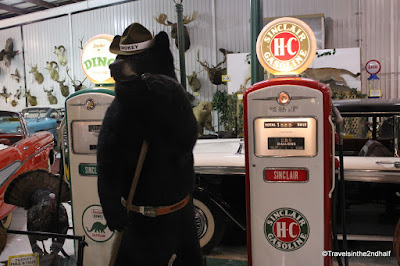 In the center of Pennsylvania is Clearfield County. Historically the main industries were lumber, coal and because of a high quality local clay, brick making. The town of Clearfield also has an interesting museum, especially if you like classic cars – The Grice Clearfield Community Museum. I originally came to the Grice Museum 12 years ago, because I had read about its car collection in the AAA guide. When I got there I was in for a surprise. The Grice Clearfield Community Museum is a collection of classic cars and taxidermied animals. This unique collection comes from the history of the museum. It started as a gas station owned by the Grice family in the 1930’s. In an effort to make ends meet, the gas station also started selling guns. Over the years the Grice Gun Shop became one of the largest in Pennsylvania. Over the years local car collectors donated or lent their classics to the museum, while hunters donated their trophies. Today, the Grice Museum has one of the most extensive and diverse car collection I have seen, along with one of the largest trophy collections. And they are intermingled throughout the building. 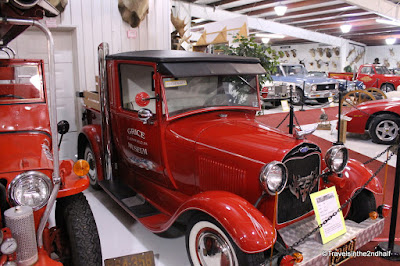 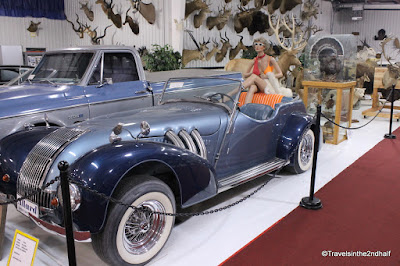 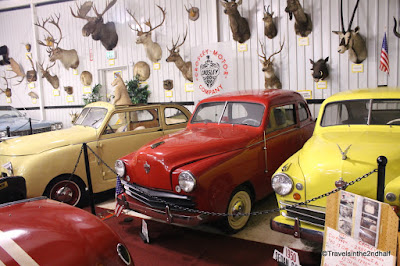 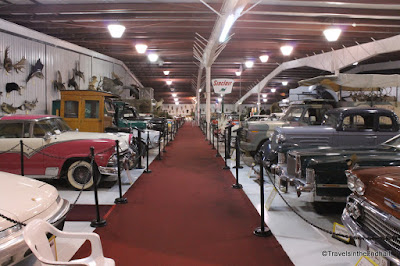 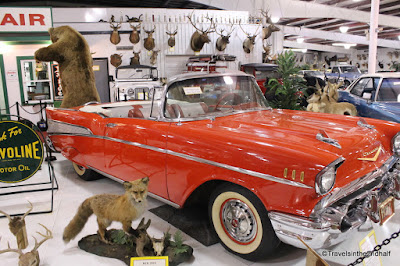 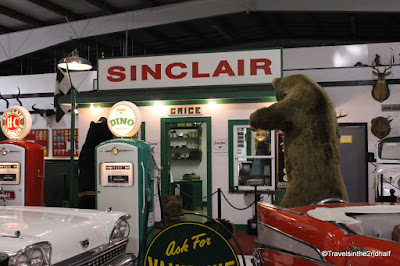 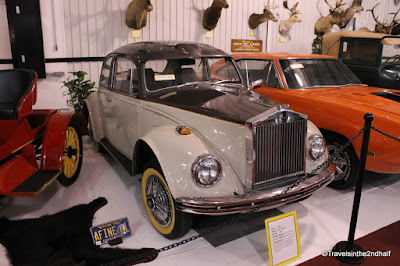 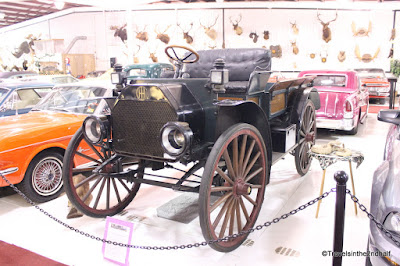 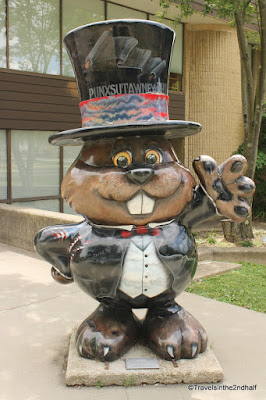 I am a huge Bill Murray fan. And one of my favorite movies of his is Ground Hog Day. For those who don’t remember, Murray plays a fairly obnoxious weatherman who has to live February 2 over and over until he learns to be a better person. The movie takes place in Punxsutawney PA (although it was filmed in Illinois). In fact Punxsutawney has made its name as the groundhog and weather capital of the United States. A visit to the main square provides a glimpse of Punxsutawney Phil, who was sleeping both times I have been to town, a lovely town square and a Weather Discovery Center with many hands-on activities for the whole family. 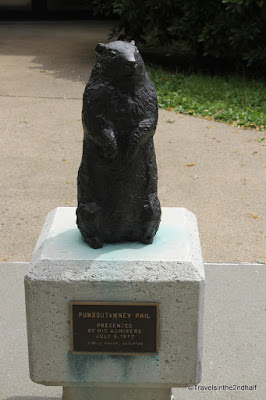 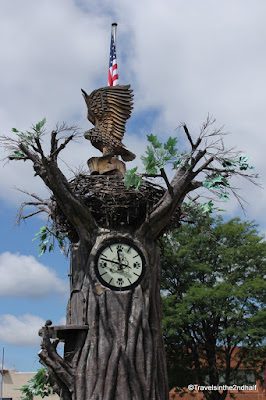 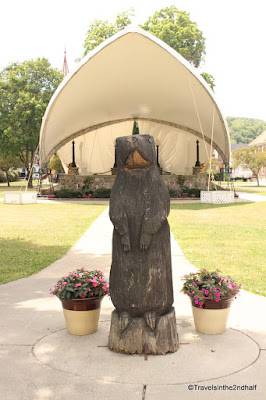 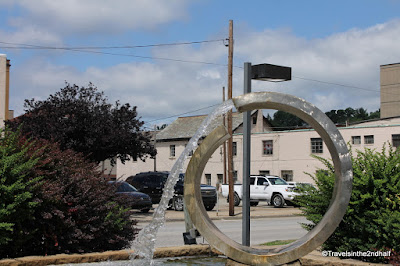 Mercer is small town and county seat in western PA that is worth a stop for several attractions. First it has a beautiful court house. The Mercer County courthouse was built in 1911. The history of the town and its environs is displayed in the Historical Society Museum, located across the street from the Court House. This museum has displays dedicated to the history of the court, life in town, local industry and military history. There are also at least two local businesses that make Mercer worth the stop. One is Court House Square Dry Goods. This wonderful catch-all store has a wide variety of items for sale. It would be to walk out without something for house. And Stacy, the owner, keeps a pot of coffee and hot water for tea going in the back as a treat for visitors. The other place to stop if the Mercer Mercantile and Soda Shoppe. This soda fountain dates back to the 1880’s and still has the original marble counter and pressed tin ceiling. And, as Grace Anna, who bought the store from its previous owner to make sure that it didn’t become “another lawyer’s office” said, they stopped making parts for the freezer in 1946. Grace Anna runs a great soda fountain with two specialties – New York Style Egg Creams and something called a Coffee Stir. The coffee stir is a drink composed of vanilla ice cream, seltzer and coffee syrup mixed together in the shake blender. DELICIOUS!  I didn’t get to try the egg crème on this trip, but I am looking forward to it the next time I pass through town. 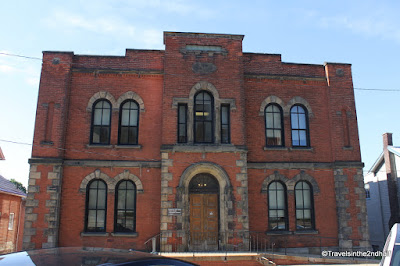 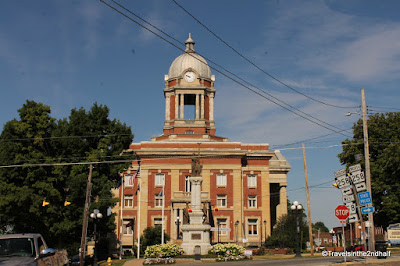 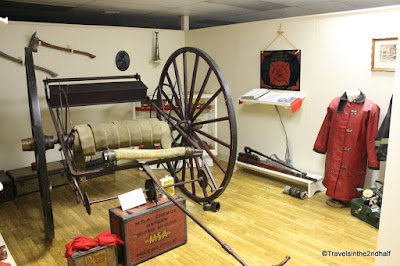 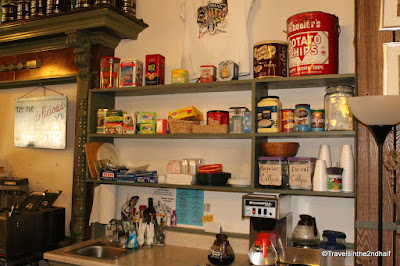 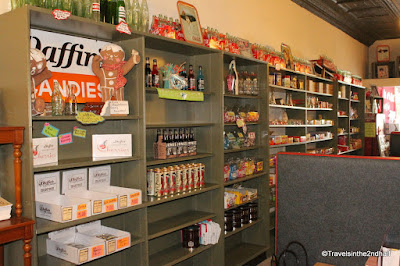 It often feels like everyone is in a rush. If we drive somewhere, we take the Interstate, drive for way too many hours in a row and eat at cookie cutter restaurants and sleep in chain hotels. Rarely do we get the chance to slow down and explore, but we really do miss so much of the country. So get off of the expressway and drive the blue highways. Take advantage of the chance to really see beauty and friendliness of the road.