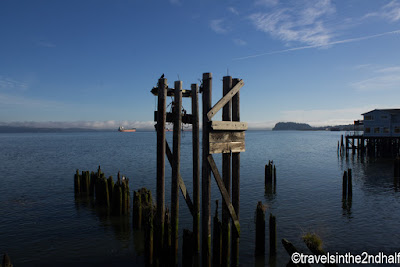 My last stop on this sojourn around the Olympic Peninsula is in Astoria Oregon. Astoria sits on the southern shore of the mighty Columbia River, not far from where Lewis and Clark set up their winter camp in 1805. We will explore Lewis and Clark’s camp in a couple of weeks, but today let’s talk about Astoria.

Astoria was founded in 1811 and named in honor of John Jacob Astor. It started as a fur trading post, but for most of its history it was a commercial fishing and cannery hub for this part of the country. At its height it was home to over 30 canneries. Most famous was probably the Columbia River Packers Association, founded in 1899. What’s that? You say you have never heard of the CRPA? Well, that it probably because they were bought out by Dole Foods in 1961 and changed their name to Bumble Bee. While Bumble has moved its head-quarters to San Diego, you can visit the Hanthorn Cannery Museum on Pier 39. It is nothing fancy, just a few rooms on the pier with historic videos, photos, documents and equipment. It gives a nice picture into life in the canneries in the 1950’s. When you visit, stop by Coffee Girl Café, which is also on Pier 39. They serve great coffee and pastries for breakfast, and fresh sandwiches for lunch. 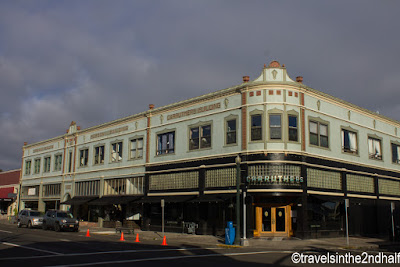 In some ways, Astoria’s history is similar to that of Port Townsend WA. The cannery industry died out in the 1970’s and 80’s due in a large part to the development of factory ships. Property values in town fell, and by the turn of the century, Astoria became a haven for artists and others who were looking to escape from Portland to a quieter life. The lack of money meant that there was not a lot of new development in town, and many of the original buildings are still standing. Walking around downtown Astoria is a trip through several eras of the town’s history. 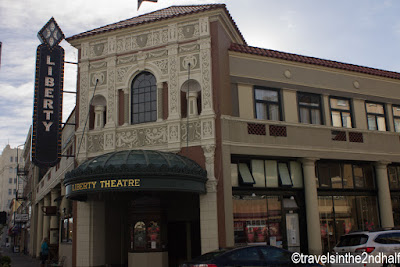 Along the Columbia River are the docks and old canneries. The original industry of Astoria was built on wood piers over the river. This gave easier access to the fishing boats that brought in their catch, and to the freighters that carried the processed fish out to market. In fact, much of the downtown area was built on wooden piers and pilings to keep the houses above the marshy ground. Unfortunately, this left Astoria susceptible to fires. Much of the town burned in a large fire in 1883. It was rebuilt, but the same techniques were used and in 1922 a massive fire struck, destroying 30 square blocks of downtown and leaving 2500 residents homeless. This time the town was built using bricks, stone and cement foundations. Many of those buildings are still standing today. 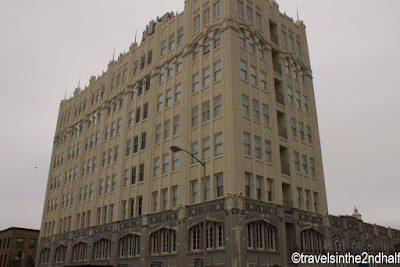 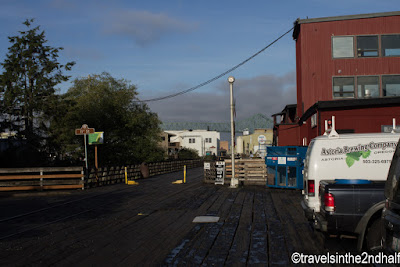 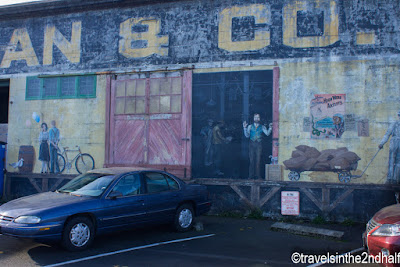 Walk up the hill from the downtown area and you will find many Victorian houses. Built in the late 1800’s, these were the homes of Astoria’s elite. They have survived to today thanks to the fact that Astoria’s economy fell into trouble in the 1970’s. As in Port Townsend, there was little money for development available, and the homes were bought by people who could not afford to tear them down and build new structures. The owners maintained these stately homes and today they look out over a revitalized Astoria. 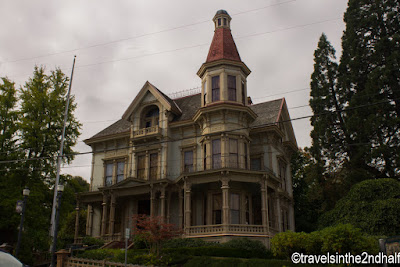 For a breath-taking view of the town of Astoria and the Columbia River Valley, head up to the Astoria Column, on top of 600-foot high Coxcomb Hill. This 125-foot fall structure was built in 1926 by Vincent Astor (grandson of John Jacob Astor). The column is decorated with murals depicting the history of Astoria, from Lewis and Clark through the roaring 20’s. 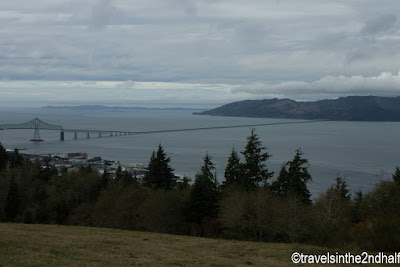 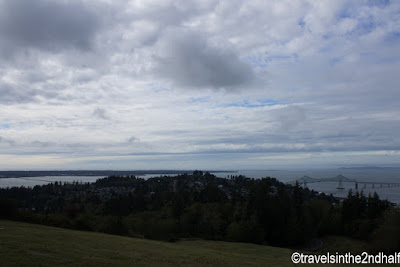 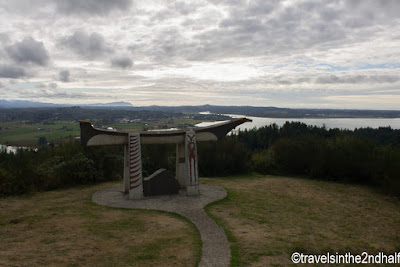 Columbian Café – This a breakfast joint. Great coffee, omelets and pancakes. No reservations and no credit cards, but great food.

3 Cups Coffee House – In a slightly industrial area, under the Astoria-Megler Bridge, is this wonderful coffee house. Complete with open space, a library and even a couple of chairs hanging from the ceiling, this is a place that you can come spend a rainy afternoon.