A couple of weeks ago, we started our visit to The Franklin D. Roosevelt Home and Presidential Library. You might have noticed that, while I wrote a lot about Franklin, and his mother Sara Roosevelt, one person was mostly absent from that visit, the first lady, Eleanor Roosevelt. Well, family relationships can be complicated.

Eleanor Roosevelt is one of the few first ladies who is as famous and respected as her husband. Born in 1884, Eleanor suffered many personal family losses. Her mother, father and one brother all died before her 10th birthday. When she was 15, Eleanor was sent her to a finishing school in England, and her time there seemed to bring out the best in her. When she returned to New York, she worked with poor youths, teaching dancing and calisthenics.

Eleanor married Franklin, her 5th cousin, in 1905, over the objections of his mother. It was never a happy marriage, and it almost fell apart in 1918, when Eleanor found evidence that Franklin was having an affair with her social secretary, Lucy Mercer. While the union survived, it was basically a political partnership from that point on. After Franklin was diagnosed with polio, in 1921, Eleanor took a more public role in his political life. Coming out from Franklin’s shadow caused even more conflict with his mother, Sara.
It is fairly well known that Sara Roosevelt ran Springwood, the family’s home in Hyde Park, and also much of Franklin’s life. This certainly made things uncomfortable for Eleanor. In 1927, the family built Val-Kill on the eastern end of the property. Originally built as a home for Eleanor’s friends Nancy Cook and Marion Dickerman. Together the three women developed Val-Kill Industries. They hired local farmers and craftspeople to build furniture, homespun cloth and pewter goods using traditional methods. Val-Kill became the place that Eleanor, and sometimes Franklin, could escape from Sara’s domination. Val-Kill industries basically fell apart during the Second World War, and after Franklin’s death in 1945, Eleanor bought the land, and converted the factory building into a residence for herself. 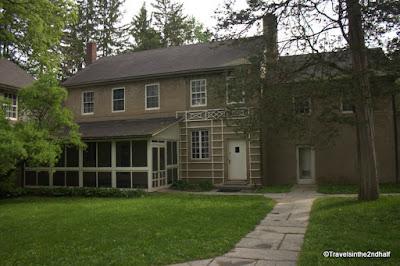 Eleanor used her position as first lady of New York State, and then as first lady of the United States, to push for many causes that she believed in. There is evidence that she had Franklin’s ear in creating several New Deal policies and agencies that worked directly in aiding unemployed workers. She was a voice for women’s rights and civil rights. In fact, her voice was important enough that J. Edgar Hoover labeled her “socialistic” and collected a huge file on her. Eleanor continued to advocate on women’s issues until her death in 1962.

Unlike the drive into Springwood, entering Val-Kill is much more low-key. Instead of an estate drive, the entrance is like driving down a country lane. You arrive at a parking area near a small lake. Across is Stone Cottage, which was home to Ms. Dickerman and Ms. Cook. Walking through the grounds, you arrive at Eleanor’s house. The inside has been restored to what it looked like when Eleanor lived there. It was a comfortable home, that served as a refuge from the world, but one that the world came call at. Eleanor entertained world leaders there, but always kept it as an informal home, that was welcoming to all guests. 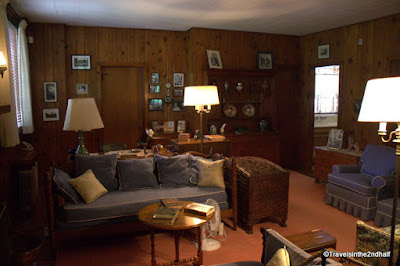 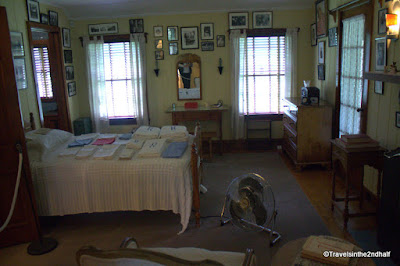 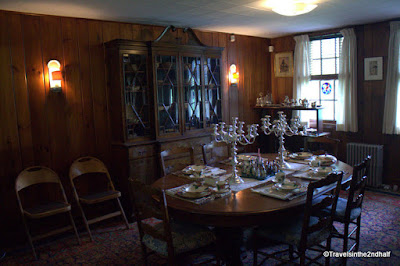 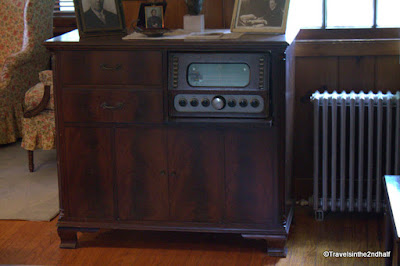 While you are waiting for your tour, there is a visitor’s center where you will find exhibits on her life and a tribute to the issues she spent her life fighting for.

Franklin D. Roosevelt gets all of the attention in Hyde Park, but it is worth taking the time to visit Val-Kill, and discover more about Eleanor, a force in her own right.
Posted by Jonathan L at 9:51 AM