Bologna is a wonderful city to walk around

Bologna has always been on my “want to visit” list. On my recent trip to Italy I finally had the chance to get to some places that I had not yet seen, so Bologna was my top choice.

I am drawn to Bologna because it has a long history of supporting left-wing progressive politicians and causes. It is has a large university, so its population tends to skew younger. Driving into town along Via Stalingrado, a tribute to those who gave their lives at the Siege of Stalingrad during WWII, convinced me I was in the right place.

This trip was the first time that I rented a car while traveling in Europe. So I left Florence on the highway, rather than on a train. This gave me a very different perspective to the country. For example, on my trip to Bologna, I left the expressway to find a place to have lunch. I ended up at the Trattoria Vilma, in the small town of Borgatella. My waiter spoke about as much English as I did Italian, that is to say almost none. But working together I had a wonderful meal with a mixed salad and roast pork. The restaurant was filled with locals out for a Saturday lunch, and I was the only non-Italian in sight. 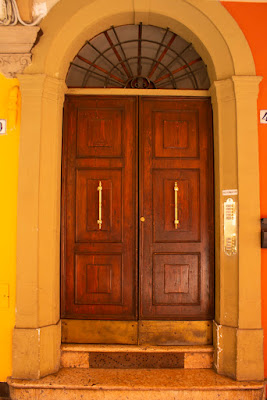 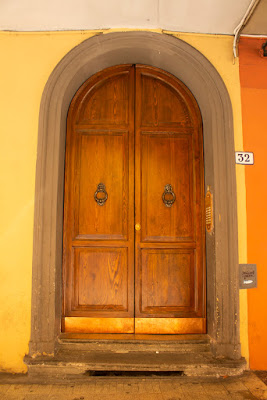 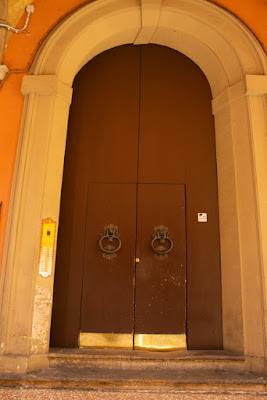 The downside of renting a car was that it limited my choices for hotels. I had to look for ones outside the historical center of the cities I visited. In Bologna I found La Casa di Eva, a vacation apartment just outside of the old city walls. It is a large studio with the bed in a separate  alcove from the living room. It offers a full kitchen and a Nespresso coffee machine. There is a full range of Italian channels on the tv and wifi. The only issue was parking. There are only 8 unassigned parking spots in the complex. So if you arrive and they are taken, you have to look for street parking.
La Casa di Eva is located right outside the city walls, near the Porto di San Felice. The old city is surrounded by a series of streets that form a ring around the old city walls. However, to create that ring, and access into parts of the old city, some of the wall has been taken down. That has left the Porto di San Felice literally standing on an island, a sentry to the past, while the present speeds past.

Bologna is the seventh largest city in Italy, and it is the capital of Emilia-Romagna. It is home to one of the oldest universities in Europe, with University of Bologna opening in 1088. The old city has maintained much of that old feel.While the some streets can be wide, most of them are small and curve unpredictably. The defining feature of Bologna’s main thoroughfares are the porticoed arcades that cover the sidewalks. The older buildings have smaller passages with lower ceilings, while the new buildings on the wide main streets have high-roofed, wide walkways. They are all lined with stores on the building side and pillars on the street side. This offers protection from sun and rain when you are out walking around the city. 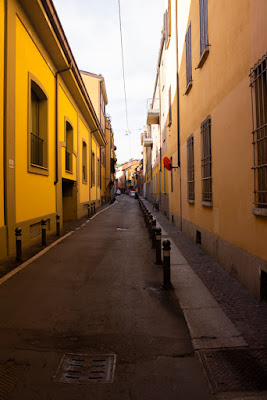 At the heart of Bologna is the Piazza Maggiore (Main Square). This large open space is the center of city and tourist life. Here you will find Bologna’s main cathedral, the Basilica di San Petronio. It is also where the Collezioni Comunali D’Arte, Bologna’s large civic art museum can be found. It takes up a whole floor in the city’s Palazzo Municipal. The piazza is also home to Bologna’s Fountain of Neptune. The fountain was a “gift” from the Catholic Church in the 16th century, to remind all of Bologna of its new status as a papal state. One interesting feature of the fountain is that its basin was made in an irregular shape. The fountain is surrounded by four “lactating nerieds.” And Neptune’s trident was the inspiration for the logo used by the Maserati automobile company, which was founded in Bologna.

The old city of Bologna is wonderful place to walk around. Its street hold surprises around corners and the porticos will protect you in good weather or bad.