Newport, Rhode Island, is a town of old money. It sits on Aquidneck Island in the Narragansett Bay. If you visit, there is a lot to see, and I would suggest that its Cliff Walk should be at the top of the list. 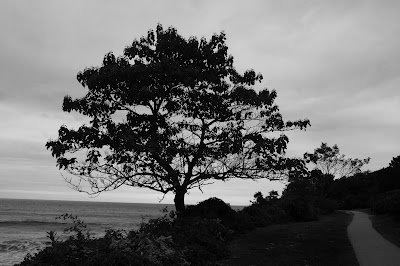 The town of Newport was founded in 1639. It became the largest city in Rhode Island colony, and was home to a diverse population, including the first, and today oldest, synagogue in the United States. The town became a center for whaling and trading ships, which included playing a large role in the slave trade. In the middle of the 19th century, rich families started to spend the summer in Newport, building large “cottages” along the coastline. And it is a magnificent coastline. Many of the mansions sit along cliffs that overlook Narragansett Bay, and The Cliff Walk is a great way to see both these mansions and the views. 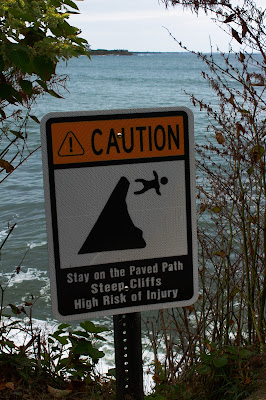 Cliff Walk is a 3.5 mile path that, as its name implies, passes along the cliffs of Newport. It offers breath-taking views along the water. I started my walk at Easton’s Beach (also known as First Beach. It sits along a strip of land that stretches in between Easton Bay and Easton Pond. And since my visit took place after Labor Day, parking was free. The beach also offers bathroom facilities and a snack bar. 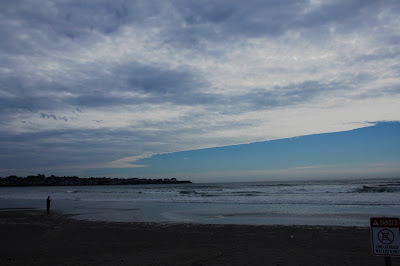 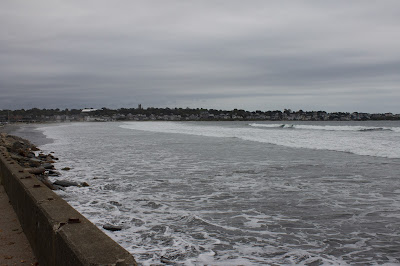 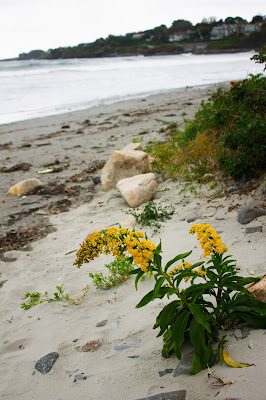 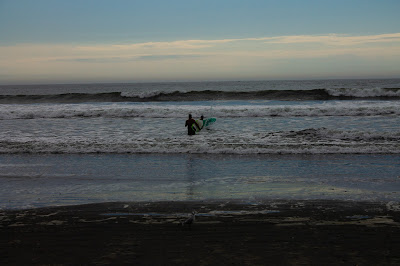 I walked up to the northern end of the Cliff Walk, which adjoins the grounds of The Chanler Hotel. Built in 1873, and a summer mansion for members of the Astor family, this beautiful house has lovely grounds which look out on to Easton Bay. 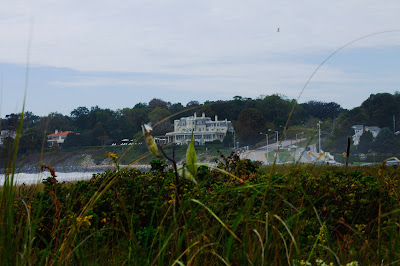 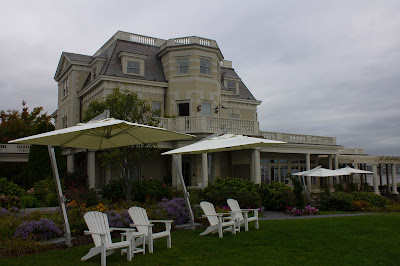 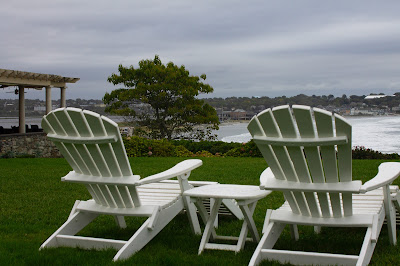 As I walked south along the Cliff Walk, I passed many cottages, but most of them were behind gates and hedges. But the bay looked great, and it gave gave a wonderful view back to the beach. About 0.75 miles down the walk is The 40 Steps, which offer a way down from the cliff top to the water. 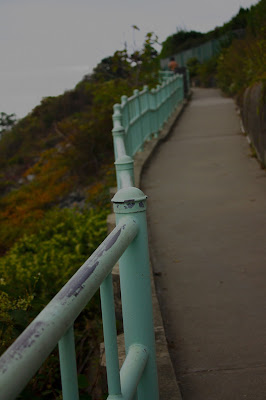 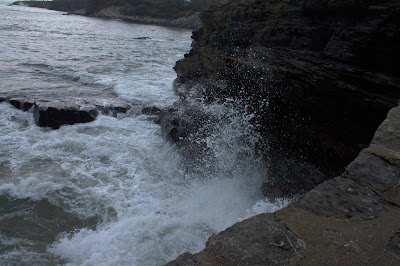 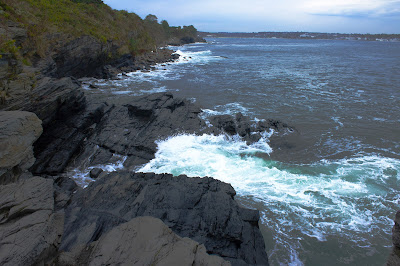 Further on, the path drops down closer to the water, which gives a great view of the waves breaking on the rocks, but also offers a chance to get really wet. All told, I walked about 1/3 of the way, past The Breakers, and Salve Regina University, before heading in to town for lunch. There are several places along the walk to join or leave, and if you stay for several days, you can cover the entire length. 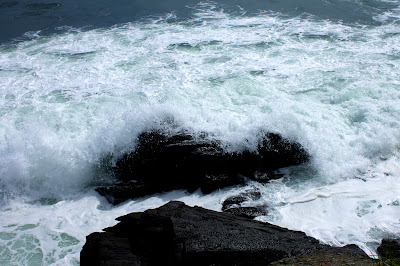 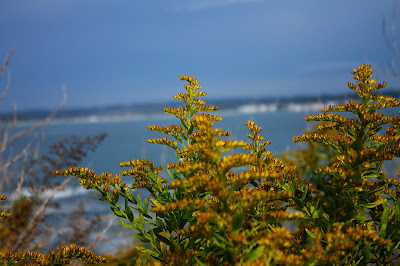 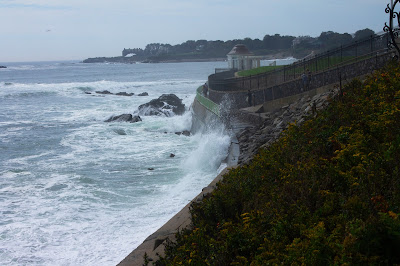