Coney Island. The words evoke memories for anyone who has grown up or lived in New York City. Maybe even for some people who have never been to the city. Almost everyone can picture the Cyclone Rollercoaster or the Wonder Wheel. We can all imagine eating at Nathan’s while spending a day at the beach. But, as with everything else in 2020, Coney Island is just not the same this year.

Coney Island, at the southwestern corner of the borough of Brooklyn, was originally an island. The creek that separated it has been filled over the past 250 years. Its location made it New York City’s first beach-front vacation destination, as far back as the early 1800’s. By 1880, four different private railroads served the area, bringing people from all over both Brooklyn and New York (then separate cities) for the day or to any of several hotels in the area. And 1880 was the year the the first amusement park was built there.

From 1880 through the 1960’s, Coney Island was one the the country’s premier and beach vacation spots. But, as the Interstates and airlines made it easier for people to travel, it fell into hard times. Coney Island went into a period of decline. New York City’s financial troubles in the 1970’s didn’t help.In the early 1960’s, Fred Trump bought Steeplechase Park, Coney’s largest amusement park, with a plan to demolish it and build apartment buildings. Many years of court battles ensued, and the city finally stepped in and stopped the Trump developments. Unfortunately Steeplechase Park was still torn down. Today, half of its area is being developed by apartments, and half is Keyspan Park, home of the Brooklyn Cyclones minor league baseball team. 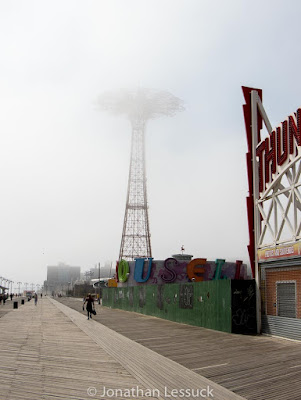 In 2003, New York City started to push the redevelopment of Coney Island. Astroland has reopened as a new Luna Park. Wonder Wheel Park has new rides. A new rollercoaster has been built in the area for the first time in decades. A lot of the rebuilding has come about in the aftermath of Hurricane Sandy in 2012. 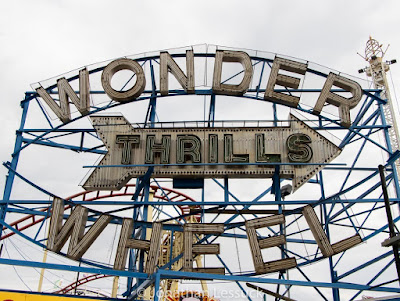 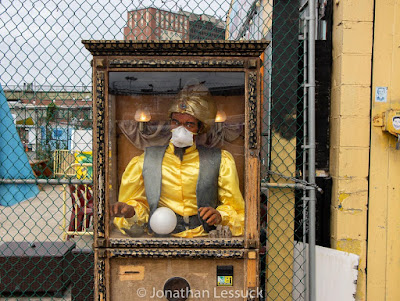 Then came COVID-19. In response to the pandemic, everything was shut down in March. As the city started to reopen during the spring and summer, the beach again began to draw New Yorkers looking to beat the heat. But the state has kept the amusement parks closed. And that leaves a depressed and empty feeling to the boardwalk. I visited twice, both on warm and humid weekdays in August. The beach was mostly empty, and the boardwalk even more so. 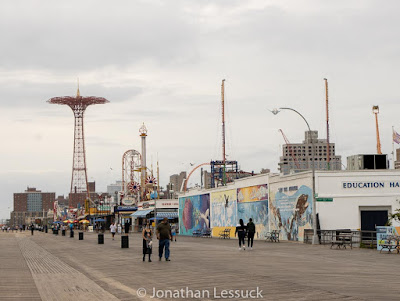 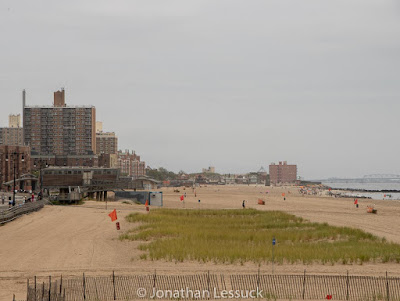 One old standard that has reopened is the NY Aquarium. They are limiting crowd size by using timed tickets, but almost all fo their facilities are open. It has been several decades since I have visited the aquarium, and there have been many changes. The Beluga Whales are long gone. The indoor displays have been divided into three buildings, the old main visitors center, a newer home for their Sharks display, and a brand new home for an exhibit on marine invertebrates. There is also a new stadium for the ever popular Sea Lion show. 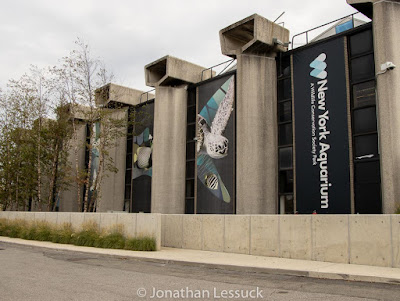 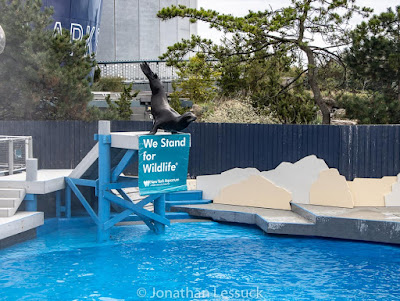 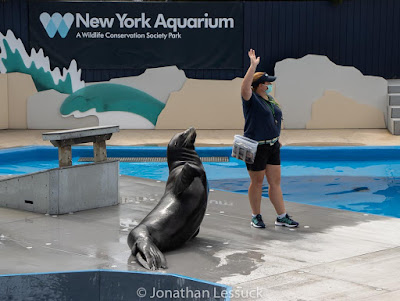 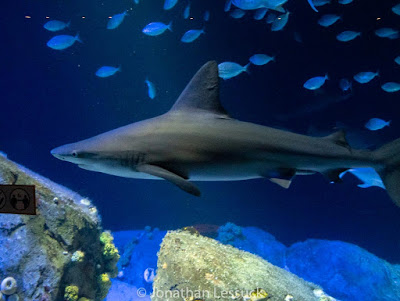 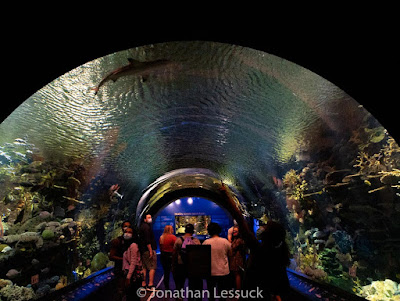 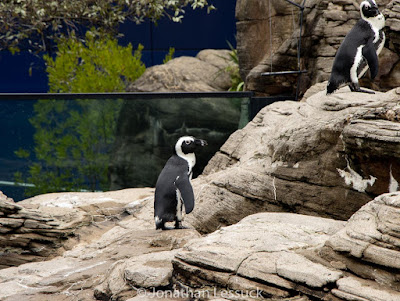 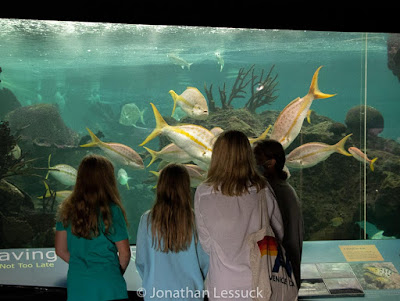 Coney Island is historic. And it is a place that hundreds of thousands of New Yorkers will continue to visit. I hope that Luna Park, Wonder Wheel, and the businesses on the boardwalk get the support that they need to survive this crisis, and keep one of New York City’s summer traditions alive. 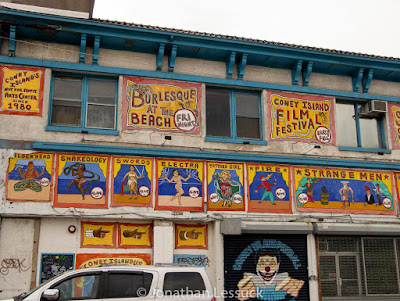 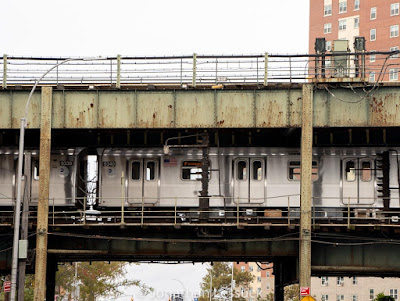 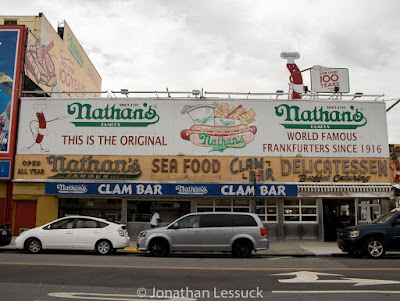 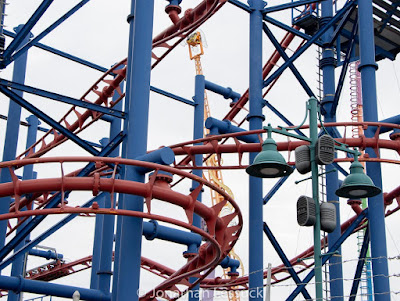 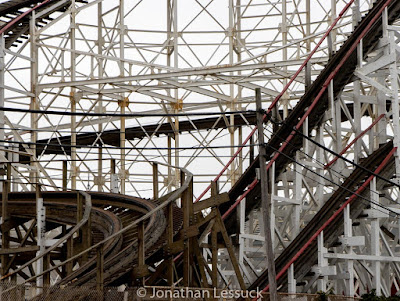 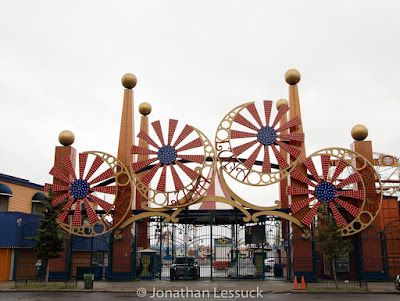 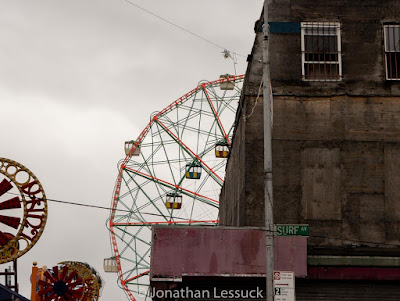 Getting There: The D, F, N  and Q subway lines all serve Coney Island, although only the F and Q stop near the Aquarium.