Yonkers is the fourth largest city in New York State, but most people think of it as “just a suburb” of New York City. Yet Yonkers has a long history, and has been home to people who played important roles in the county’s and state’s story. Some of that history can still be seen today.

Sitting in the heart of downtown Yonkers, just a couple of blocks from Getty Square and from the Yonkers Metro-North station, is the Philipse Manor Hall State Historic Site. Built by Frederick Philipse in 1682, the main section of the hall is the oldest building in Westchester County. While it was never a his primary residence, the hall served asa stopover for his trips from New Amsterdam to the northern end of the extensive Philipsburg Manor Estate. The estate occupied 52,000 acres (81.25 sq. mi.) and stretched from the Spyten Duyvil Creek north to the Croton River. The Philipse family made their money through the slave trade, both in bringing enslaved Africans to the United States, and by producing food to be shipped to the southern plantations. On his death, the land passed to his sone Adolphus and his grandson Frederick II. In 1751 Frederick III inherited the estate.

Frederick III was a loyalist, and sided with the British crown during the Revolutionary War. In 1779, their estate was declared forfeit, and the Philipse family fled to England. Frederick III died there in 1785. The estate was broken up and sold to small tract farmers.

While the center of Philipse Manor Hall was constructed in 1682, two additions were made by the family during the 1700’s. After the family fled to England, various families owned the building. In 1868 it was given to the town of Yonkers to serve as it Village Hall. At this time the last addition was made to serve as an entrance pass for the building. The building served as the City Hall until 1908, when a new building was constructed nearby. The hall was renovated, and in 1912, it opened as a museum of history, architecture and art. Today much of the hall acts a gallery for the city’s collection of portraits of the Philipse family and presidents of the United States. These is also a room that shows the way that the hall was originally constructed along with artifacts that have been found during various construction projects in Yonkers. 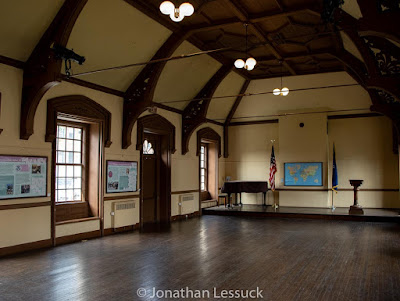 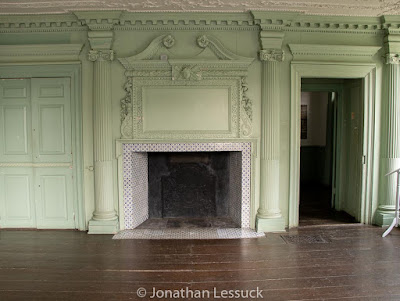 Yonkers is a short ride from the center of New York City, and easy to get to by car or train. So take an afternoon and come north to visit history. When you are done at the Hall enjoy some of the great restaurants that line Main Street between Riverdale Ave and the Hudson River.

Nuts and Bolts:
The Philipse Manor Hall State Historic Site is at the corner of Dock Street and Warburton Ave. Free parking is available on-site, and the Metro-North Station is 2 blocks away.

Entrance fees for the Hall are: $5 adults/ $3 seniors & students.