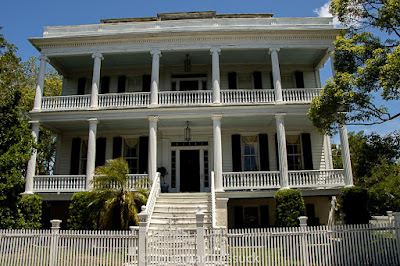 The Low Country of South Carolina is a unique place in the United States. It is an area of islands and deltas along the sea coast. Its geography is beautiful and its history is rich, and Beaufort SC is a great place to stay when you come to explore the area. 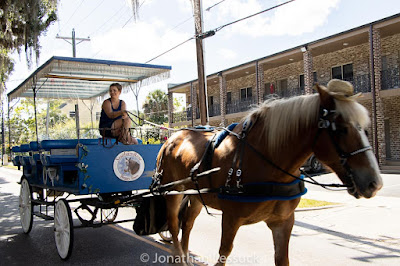 Beaufort sits on Port Royal Island, near the mouth of the river of the same name. It developed in the pre-civil war era as a center of sea cotton and rice plantations. The plantations, and the enslaved people who worked on them, were spread out among the sea islands in the area, but the owners lived in town. The mansions of Beaufort is where they raised their families and did their business. 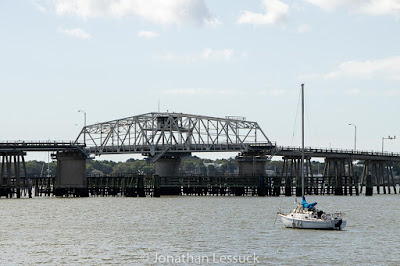 During the Civil War, Beaufort fell to the Union Navy, with barely a shot being fired. Union ships entered the Port Royal River in November 1861, quickly took out the two small forts defending it, and sailed into town. The white slave owners quickly fled. Their homes were taken over by the U.S. Navy, and were used to house officers and as hospitals. Beaufort remained in hands of United States for the remainder of the war. This meant that it never came under attack, and even Sherman’s march refrained from destroying it. So the historic waterfront still has many of the homes and churches that were present before the war. 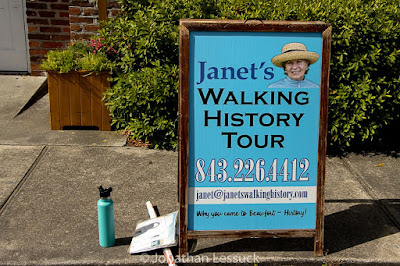 Walking is definitely the way to explore historic Beaufort. I suggest taking a walking tour to get your bearings and to be introduced to the town’s history. One excellent choice is Janet’s Walking History Tour. Janet is friendly and very knowledgable. The tour started at the marina, where there is day long parking available.

After giving us a history of area, we walked a couple of blocks over to the Rhett House Inn. This beautiful building was built in 1820, as the home to plantation owner Thomas Smith Rhett. When Rhett fled Beaufort, the house was taken over and used as a hospital. During the war, Rhett family was was unable to pay the taxes on the house, which had to be payed in U.S. dollars, and the house was sold to new owners. Over the next 120 years it was a private home, an inn and the local offices of the ALCOA Corp. as they developed a local resort. In 1986 it was bought again and converted back into an Inn and restaurant.

After leaving the Rhett House Inn, we walked to the Parish Church of St. Helena, an Anglican Church that was built in 1824. The church’s graveyard is host to the remains of Civil War heroes and Confederate Soldiers. The interior is reminiscent of New England congregationalist churches. 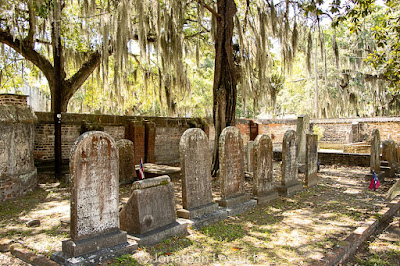 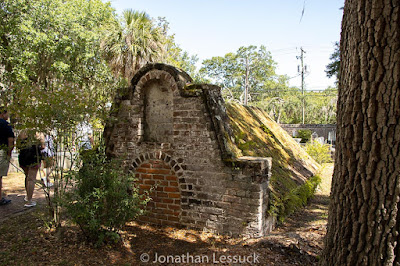 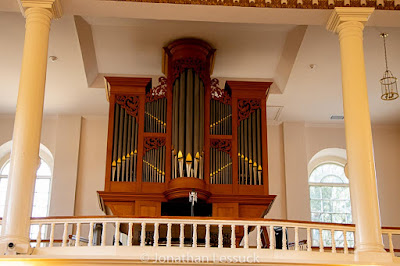 From the church, we traveled to the Tabernacle Baptist Church, one of two churches for for blacks in historic Beaufort. The church also the grave site for Robert Smalls. Smalls, born enslaved, may be best known for organizing and carrying out the theft of a ship loaded with supplies and cannons meant for the Confederate army, sailing it through the CSA check points and delivering it to the Union Navy. He also served as on of the first Black Congressmen. He led a fascinating life.

We continued east along Craven Street, and saw many more historic houses, with Janet giving us their history as we went along. We finished up by Bay Street, where there are excellent restaurants and shops. 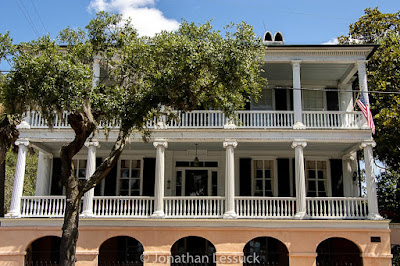 The issue of tax payments was used by the U.S. government as a way to redistribute land throughout the area, especially to formally enslaved people among the islands. It was part of something called the Port Royal Experiment. But more on that next week.

Nuts and Bolts
Janet’s Walking History Tour are offered once a day, Monday- Saturday. The cost is $25/person.