Savannah, Georgia, is a city that is filled with history and art. There is one institution that brings both of these facets of Savannah together, and that is the Telfair Museum.

The Telfair Museum is the oldest public art museum in the Southern United States. It was founded in 1883 in the bequest of Mary Telfair (1791-1875), a local philanthropist. Mary Telfair was the eldest daughter of a rich and political family, Her father, Edward Telfair (1735-1807) ran a “commission house,” an early form of a brokerage firm, and also served two terms as governor of the state of Georgia. Her mother Sarah, nee Gibbons (1758-1827) was the daughter of one of Georgia’s wealthiest families.

Mary was sent to New York City for school at the age of 10, and she grew into a woman with a strong independent streak. She never married, and spent much of her life involved in local causes and traveling Europe. As the last surviving Telfair child, she was the final holder of her families wealth. She founded the Mary Telfair Hospital for Women, and gave money  to help with the construction of home of the Georgia Historical Society. Most famously, her will declared that her home and art collection be used to found the Telfair Academy for Arts and Sciences.

Today, the Telfair Academy is one of three buildings that comprise the Telfair Museum. It is home to the museum’s collection of 18th and 19th century European and American art. The main floor of the house is divided into three parts. The Entrance Hall has been greatly renovated to allow larger groups to enter easily, and to provide access to galleries on different levels via an added marble staircase at the rear of the hall. 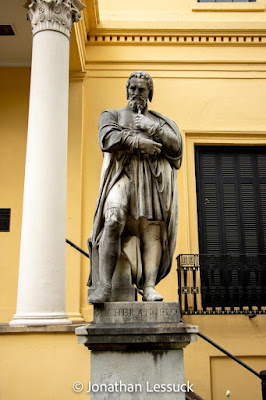 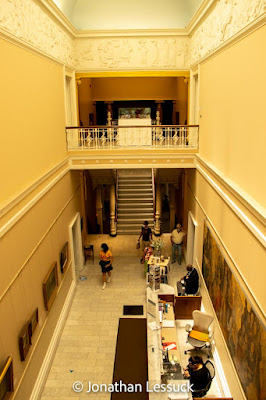 To the right, as you enter is the Drawing Room. This large space was used for entertainment by the family. Today, it is home to “From Mansion of Museum,” an exhibit on the history Mary Telfair’s house, and the changes it has undergone. To the right are rooms that have been arranged as they would have been during Mary’s life. 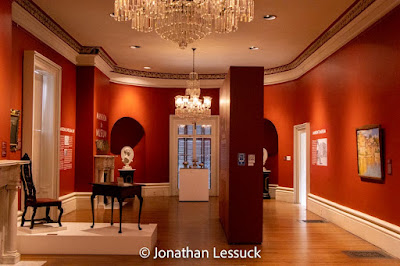 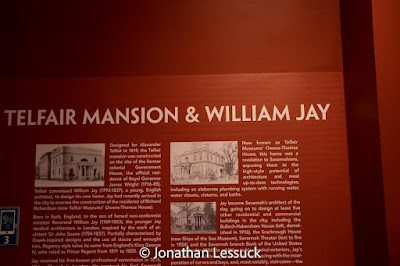 Upstairs, the the family’s bedrooms have been turned into small galleries. These intimate spaces house both revolving exhibitions and permanent shows of the museums art works. Most famously, this area is not the home of Sylvia Shaw Judson’s statue, “The Bird Girl.”  This sublime statue spent many years decorating a gravesite in the city’s Bonaventure Cemetery. When it appeared, first on the cover of book, and then in the movie version of  “Midnight in the Garden of Good and Evil” is became a huge tourist draw. Unfortunately, some visitor were taking pics of the statues base home with them, so the city decided to move the statue to the Telfair.

Behind the original house there are two galleries that have been added to the structure. One is the Rotunda Gallery. This large space holds around two dozen pieces from the museum’s permanent collection. They range from extremely large paintings to ones that are fairly small, and reflect many eras and genres of art. There is also a the Sculpture Gallery, Here you will mostly copies of classic European statues, a very common technique in the 1900’s.

Walk down to the corner of E. York Street along Telfair Square, and you will arrive at The Jepson Center for the Arts. This modern building in historic Savannah is home to the Telfair’s collection of contemporary works. You enter into a soaring lobby, and then head up to the galleries on floors two and three. 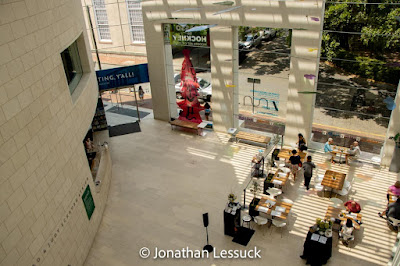 The exhibits on my visit included “Complex Uncertainties," a selection of works from the Telfair’s permanent collection that were created after World War II. 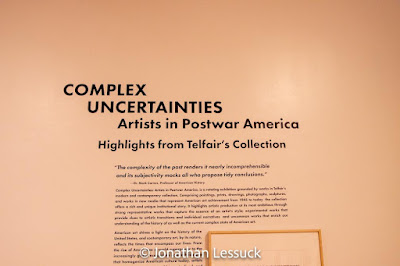 There was also “Picasso to Hockney:Modern Art on Stage,” an exhibit of stage design done by modern artists for theaters across Europe and the United States. 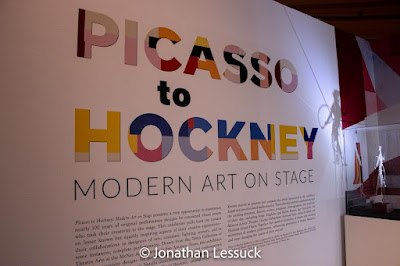 The third component of the Telfair is the Owens-Thomas House and Slave Quarters. This Regency mansion was built I 1819. It was bought in 1830 by George Owens, a lawyer and plantation owner. The house stayed in the family until 1951, when the last surviving member died, leaving it to the Telfair Academy. The museum has taken a unique step in not just acknowledging the presence of enslaved people, but by making their lives the focus of house. The tour starts in the quarters where the enslaved workers lived, and everywhere in the house the information posters and audio tour put their lives on at least an equal level as the home owners. It is an amazing exploration of life in Savannah during the 1830’s. 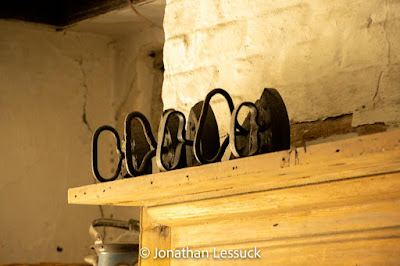 Visiting the Telfair will take most of a day, so plan on having lunch somewhere nearby. I chose The Common on East Broughton St. It offers and elevated American menu at reasonable prices. I enjoyed the Common Salad, which definitely was not.