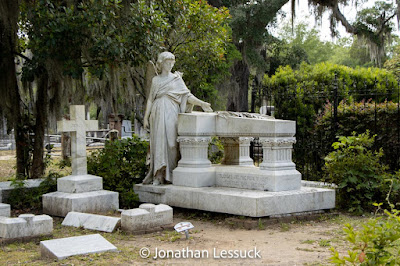 One way to explore the history of a place is to visit one of its old cemeteries. Savannah’s Bonaventure Cemetery is both beautiful and historic. It opened privately owned in the 1830’s and was bought by the city in 1907. Today, its 160 acres make it Savannah’s largest municipal cemetery.

Bonaventure is is a lovely, tree covered place, sitting on a bluff
overlooking the Wilmington River. It is worth a visit just to walk under the live-oaks and the shade, especially on a hot summer afternoon. But it is also a place to explore some of Savannah’s history, by walking past the final resting place of some of the areas more famous citizens. One of the oldest tombs you will find is that of Noble Jones (1702-1775), who arrived in Georgia in 1733 with it founder, James Edward Oglethorpe. Jones became the chief surveyor for the colony and helped to design the city of Savannah.

Not far away is the burial site of of one of America’s premier song-writers - Johnny Mercer. Mercer may be best known for writing Moon River, but also penned many others, including Charade and That Old Black Magic.

Savannah is home to the third oldest Jewish population in the United States, and the Jewish section of Bonaventure is a place to stop. There you can pay your respects at the Holocaust Victims Memorial, where a portion of the ashes from a crematorium at one the Nazi’s concentration camps are interred. 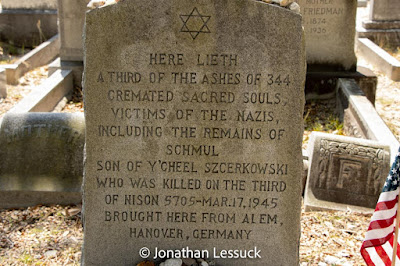 One fun thing to do is to just walk among the statues and markers, old and new. There are many interesting grave sites and memorials to see. 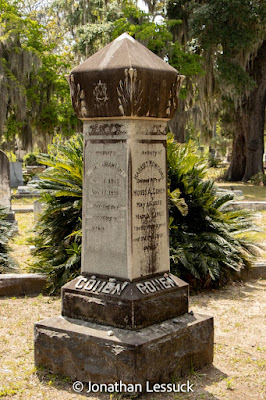 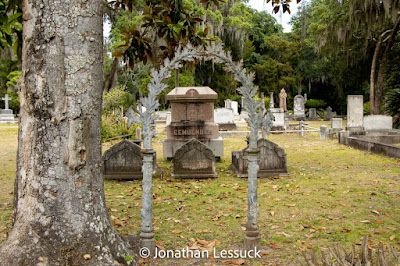 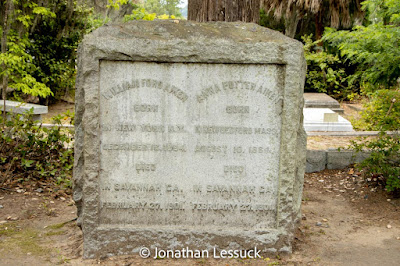 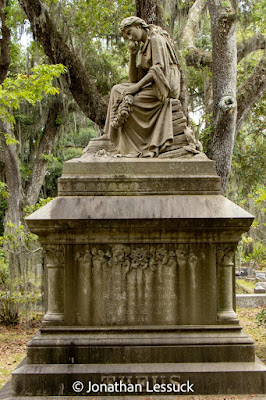 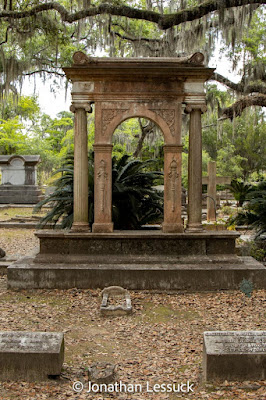 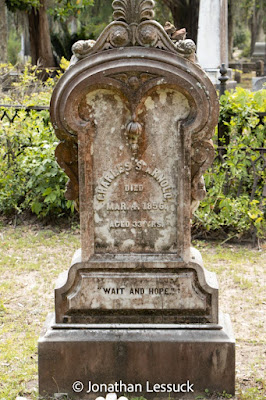 There are several organized tours of the cemetery, or can can stop at the office of Bonaventure Cemetery Tours, just outside of the gates and purchase a self-guided tour map.

Nuts and Bolts:
Bonaventure Cemetery is 5 miles from Savannah’s City Hall. It is open from 8:00AM - 5:00PM every day.