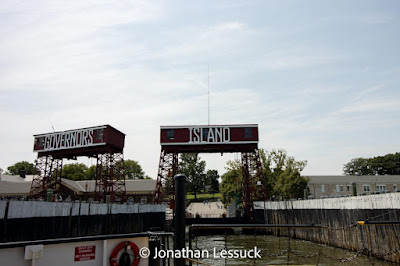 There are many islands in New York’s harbor. Ellis Island and Liberty Island get most of the attention, but there is one more that is worth a visit - Governor’s Island. 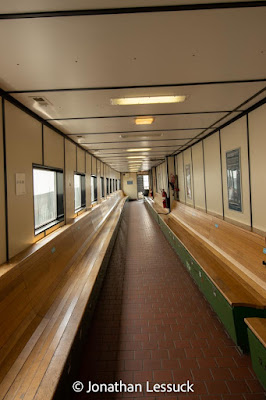 The name,  Governor’s Island, dates back to 1698, when the British reserved the island for the exclusive use of colonial governors. In 1776, a fort was built on Governor’s Island, and it played a key role in providing support during Washington’s retreat from Brooklyn Heights. Immediately after the war, Governor’s Island was home to a hotel and racetrack, but in the 1790’s, as tensions with England were again growing, new fortifications were built. Fort Jay was constructed in 1795, originally out of wood, and then rebuilt in 1809 as a stone fort. At that time it was renamed Fort Columbus. A second structure, Castle Williams was also built. Together they helped protect New York’s harbor as well as the Hudson and East Rivers.

After the war of 1812, Governor’s Island continued to serve as a military base. Both the U.S. Army and a separate New York Arsenal built barracks, officer’s quarters, and support buildings. Military structures continued to be built over time, especially between the World Wars. The island remained a military base until 1965, when it was turned over to the U.S. Coast Guard. Governor’s Island became the Coast Guards main base of operations in the New York area, with 4000 sailors and 1000 family members living on the island.


In 1995, the U.S. government closed the Coast Guard base on Governor’s Island. What followed was a years long struggle over what to do with it. On one side were real estate developers, along with NYC Mayor Rudy Giulianl and NY Governor Pataki. They wanted to make the island into a kind of resort space, with hotels and a casino. On the other side were conservationists, organizers for public parks, and President Clinton. They wanted to place the island into the public trust. On Jan. 19, 2001, President Clinton designated the two forts on Governor’s Island as a National Monument. This effectively prevented any major development from taking place. In 2003, the rest of the island was sold to the city “for a nominal fee” with the stipulation that permanent housing was banned from the island, that half of the land must be turned into parkland,  and that the island be used only for “educational, civic, and cultural purposes.”

The restoration of buildings on Governor’s Island has been slow. Many of the old officer’s quarters have been renovated and rented to local NGOs who maintain offices there. There is a NYC public school on the island, The Harbor School, whose curriculum is built around environmentalism, marine biology and sailing. There are also several seasonal restaurants and bike rental shops to visit. 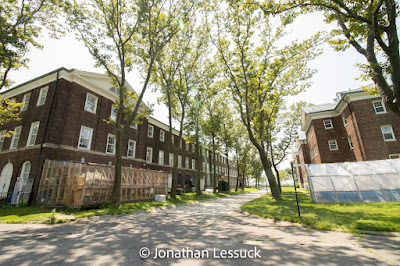 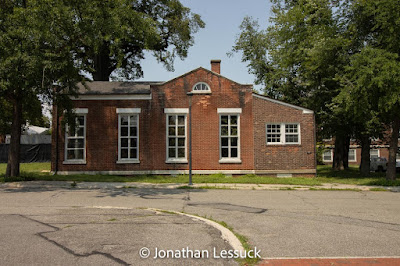 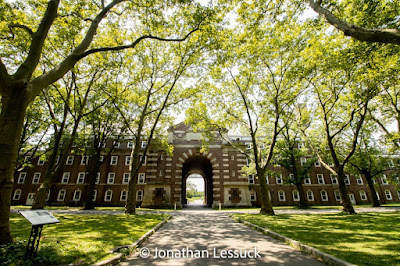 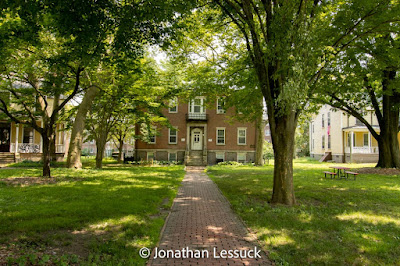 The Lower Manhattan Cultural Council has opened a permanent, year round, art gallery on the island. For 2021, the exhibitions on display include Meg Webster’s Wave brings nature inside, using natural materials a vehicle through which to address our relationship to nature, inside and outside of the gallery, and The Forever Museum Archive_Circa 6000BCE by Onyedika Chuke - Part of an ongoing project that mines connections between history, archive, knowledge production and power, this iteration is focused on the US carceral system - its starting point and evolution. Both are on display through Oct. 31, 2021. 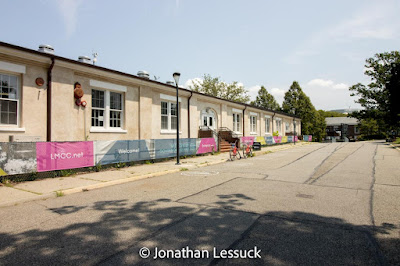 A visit to Governor’s Island today is a literal walk, or ride, in the park. Take the ferry from Southern tip of Manhattan. Visitors are encouraged to wander among the old military buildings on the northern end of the island. Or head to the parkland on the southern end. Or come across for one of the several music or art festivals the island hosts every year. 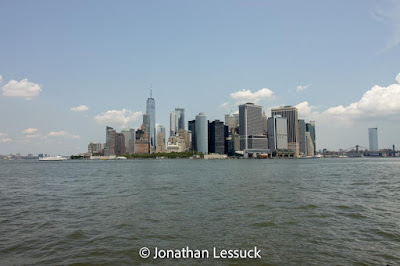 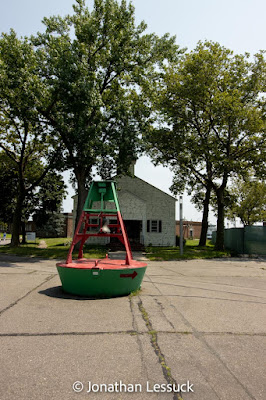 Nuts and Bolts:
Ferry service to Governor’s Island leaves from the Battery Maritime Building at 10 South Street (daily) and from Pier 6 in Brooklyn Bridge Park, near the intersection of Furman St. And Atlantic Ave., and Atlantic Basin in Red Hook, near the intersection of Pioneer Street and Conover Street on weekends. The ticket price is $3 for a roundtrip. You must reserve tickets in advance.