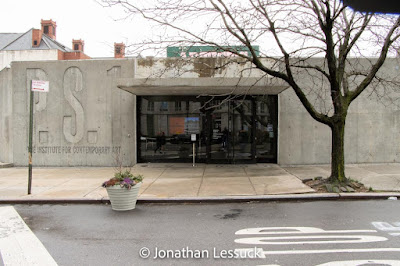 The Museum of Modern Art, in New York City, is one of the world’s premier museums for 20th and 21st century art. Its midtown home is a great place to visit. I also has a second branch, in the borough of Queens, dedicated to contemporary art - MOMA-PS1.

MOMA-PS1 started as the P.S. 1 Contemporary Art Center, when it opened in 1971. P.S. 1 was founded by the Institute for Art and Urban Renewal, which is devoted to organizing art exhibitions in underutilized and abandoned spaces in New York City. In 1976, it moved to its permanent home, in a the abandoned First Ward School, in the Long Island City neighborhood of Queens. The school was built in 1892, and closed in 1963, after which it was used as a warehouse. The building was renovated in 1997, and in 2000, the P.S. 1 Center merged with MOMA.

The rooms of the school have been converted into modern galleries, but the hallways and stairways have been left in their original design. For someone who attended a New York public school in a building that was forty years older than P.S. 1, this brought fond memories. 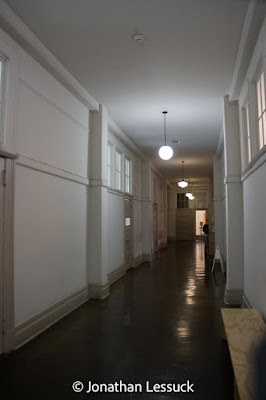 The main exhibit on display is Greater New York 2021 (through April 18, 2022). It is a survey works by 47 artists and collectives currently living in New York City. The exhibit draws together artists from different disciplines, generations and countries of origins in an effort to bring forth connections that explore the social, political and ecological ruptures that have shaped the city in this moment. 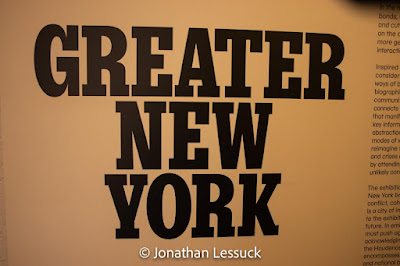 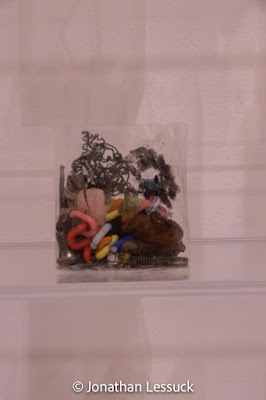 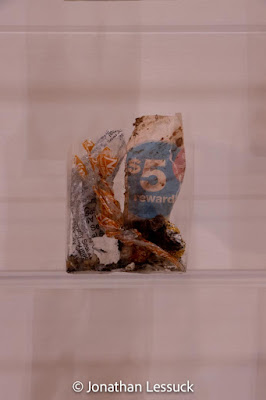 The other exhibit is (Never) As I Was - Studio Museum Artists in Residence 2020-2021 (through Feb 28, 2022). It is the latest in an ongoing collaboration with the Studio Museum in Harlem. The Studio Museum offers yearly artist’s residencies to African-American artists from around the country. MOMA-PS1 provides space for these artists to show their work every year.


If you want to go for a meal after visiting the museum, I highly suggest Jora, a Peruvian restaurant that is about 400 meters away. It offers an excellent ceviche, and great empanadas. And, its Pisco Sour is a great drink.

I have often said that contemporary art is not my favorite. Often, I don’t understand the point that the artist is trying to make, and sometimes I question the meaning of art in a given context. But the shows on display at MOMA-PS1 intrigued me, and offered a unique look into what is happening in the New York art world today.

Getting there:
The closest subway is the 21st Street-Van Alst station of the G train.