My vacation had brought me to Bologna on Easter Sunday. I was worried about finding restaurants and museums open to visit. I needn’t have been, everything was in full swing on Easter. What I didn’t know is that the in Italy, Easter MONDAY in the holiday. So there I was, looking for a place to have breakfast on Holy Monday, and having trouble finding even a small cafe that was open. I walked over a mile in my search, and by the time I ate and returned to my apartment my legs were telling me that they needed a rest day after a week of touring Florence and Bologna.

This vacation to Italy had already been full of surprises, but maybe the biggest one was coming up on this day. I decided to take advantage of having a car, and driving the 36 Km (22 miles) to the town of Dozza. I left the big city around 0930 and about an hour later, I was pulling onto a football field that was being used as a parking lot in the small town. Why the extra parking? Well, Dozza was throwing a full on block party, and it was filling up with mostly Italians who were here for the afternoon.


There are two reasons Dozza is a popular day trip. It is an old hilltop town. Old enough to be found in written records dating to the early 12th century. Entering through the town’s two gates, I came first to a small plaza and found the second reason that so many people visit. Dozza sponsors an art festival every two years, turning the walls of the town over to artists from around the world. As I walked around, I found dozens of murals decorating the buildings. 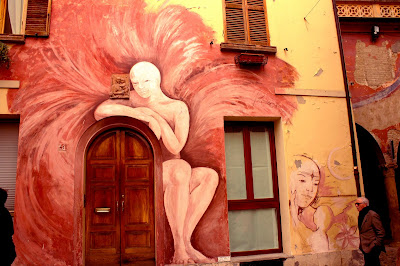 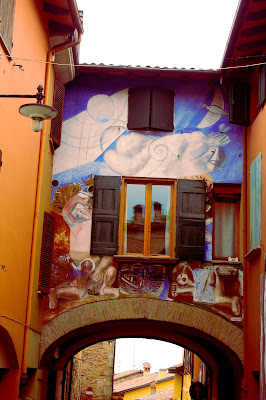 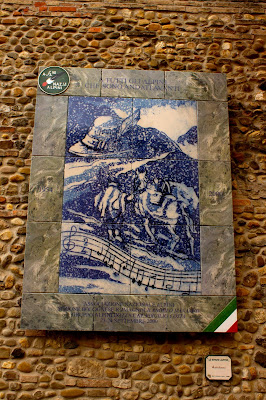 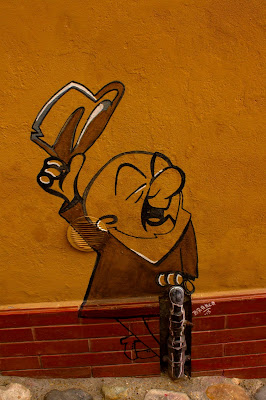 My visit on a festival day meant that all of the restaurants were booked solid at lunchtime. I had to find another option, and wandering around I ended up with a treat that mainly locals knew about. In a small piazza, off of the town’s main square, was a bbq stand doing booming business. They offered one choice, skewers of beef that were being cooked over the coals of a small grill, similar to yakitori. Each skewer sold for €1 so four of them with a €3 cup of local white wine made for a delicious and inexpensive al fresco lunch. 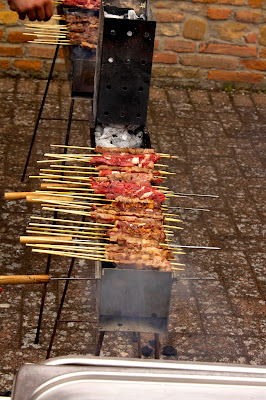 I walked through the town, enjoying the murals, but my goal was up at the top of the hill. There, at the highest point, sits the Rocca Malevezzi-Campeggi (Malevezzi-Campeggi Castle) also known as the Rocca di Dozza   (Dozza Castle). The current layout of the castle was put in place during the middle of the 13th century when it served as towns fortress. During the 16th century, the castle was granted Cardinal Campeggi. His family was granted lordship of the area. They carried out renovations to first floor of the castle to create his apartments and a chapel.

In 1728, the last male heir of the Campeggi family died, and the Marquisate, along the its castle, passed into the Malevezzi family, through marriage. The Malevezzi’s renovated the second floor, and lived in the castle until 1960, when they deeded the fortress to the city of Dozza. 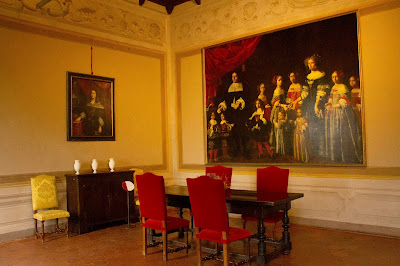 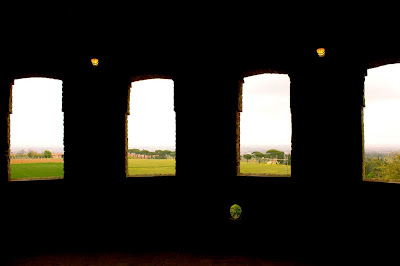 Today, the castle serves as a historical and an art museum. When I visited, there was an exhibit of young European sculptors.


This was my first time renting a car on a trip to Europe. It gave me the freedom to explore places that I would never have gone to see by bus or train. Dozza was an wonderful find, and an excellent day trip from Bologna. 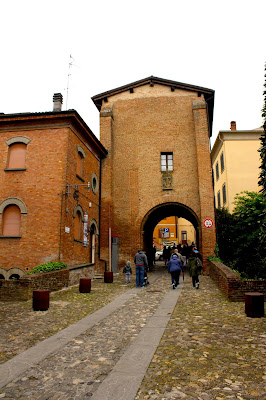 Getting There:
From Bologna: Take the E45 east for 20 Km. Exit to the SP19 South (Castle San Pietro Exit). Travel for 3 Km to SS9 (left, towards Imola). Travel 5 Km to via Nuovo Sabbioso. Turn right and go 3 Km to Dozza.

Entrance to the Castle: €5 for adults/€3 for students
Posted by Jonathan L at 9:35 AM