I don’t often have the chance to explore some of the smaller cities on my trips to Europe. So, knowing I had a car this time, I set for Padua. Have always wanted to see the cities that Shakespeare wrote about, and it would make a good base for other explorations in the Veneto area. 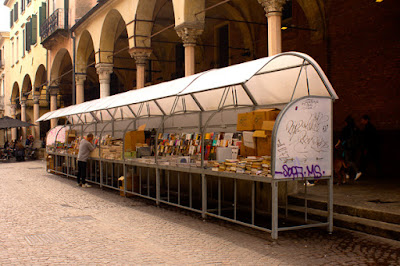 Since I was traveling by car, my first job was to find a hotel that offered parking, which meant outside of the center of town, but close enough that the bus ride would not be too long. My choice was the Hotel Giovanni, Northeast of the historic center of town. This hotel seemed to operated mostly for people on business, although it was packed for the national holiday. It offered reasonable prices, and an excellent breakfast buffet. 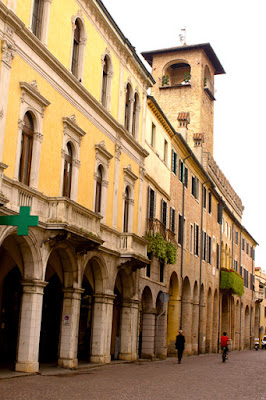 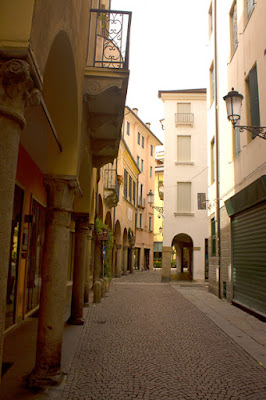 Padua, which claims to be the oldest city in northern Europe, is 40 Km (25 mi) west of Venice. It is home to second oldest university in Italy. Padua was able to maintain its independence during most of the Middle Ages, but it fell under Venetian rule in the early 15th century, and remained so until the Venetian Republic ended in 1797. Padua was taken by the Hapsburg Empire and was an Austro-Hungarian property until 1866, when it was captured by the Kingdom of Italy. Through all of this time, the Veneto region was on of the poorest in northern Italy, and it wasn’t until the end of World War II that is came into its own, as part of the industrial corridor that stretches from Milan to Venice.


My exploration started with a walk from the train station, where my bus deposited me, into the center of the city. I crossed the Bacchigione River, and headed for the Musei Civici Eremitani (Eremitani Museum).  This museum has three sections, an archeological exhibition that explores Padua’s history 2800 year long history. There is an excellent collection of art from the 14th to 19th century. Finally, and most popularly, there is the Scrovegni Chapel. Built at the start of the 14th century, the chapel walls are filled with frescos designed and executed by the artist Giotto. The chapel is so popular that advance reservations ARE A MUST, something I had paid attention to when reading my guide books, so I did not get in to see it. What I did get to see, pretty much by myself, was an exhibit commemorating the 100th anniversary of Frederico Fellini’s birth. Fellini was born in Padua, and was one of Italy’s great film directors.

Walking through the streets of Padua, my next stop was at Galleria Cavour, a modern gallery sits underneath the rebuilt Piazza Cavour. On show at the time of my visit was An Idea of India, an exhibit of photographs by Padovan artist Massimo Saretta. The gallery is unique and his work was beautiful and took me to another place.

By this time I had worked up and appetite, so I headed to the classic Pedrocchi Cafe. This historic restaurant opened in the 1780’s as coffee culture was growing throughout the Austro-Hungarian Empire. In 1831 it moved to its current location, a gorgeous building in the heart of the city, near the University. The interior is decorated in grand style, with marble columns and mirrored walls. If all you want is coffee, or something stronger, sit our on the patio and watch the city walk by. If a meal is what you are after, come in to one of the dining rooms and enjoy some very good food. It is a little pricey, but worth it. 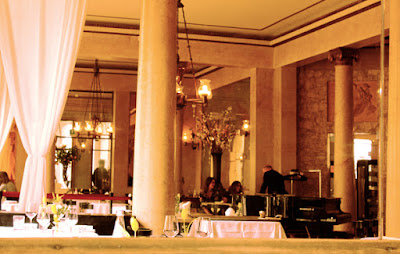 After lunch I continued my walk across the city, until I arrived at the Prato della Valle, the largest square in Italy. This ninety-thousand square-meter open space (roughly the size of eighteen football fields) is home to an open market, and two stops on the light rail, but at it is heart is a beautiful park that is surrounded by a moat. Four bridges cross the water bringing people onto paths that come together at the center of the island. 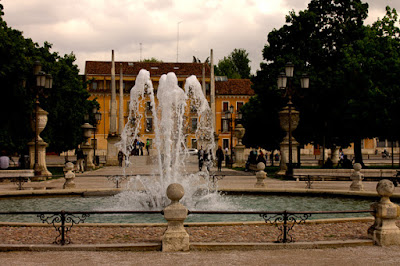 From the Prato, it was on to the Basilica di Sant Antonio di Padua. The basilica was completed in 1360, and is home to the tomb of Saint Anthony of Padua. It is a large church that draws great numbers of people. Inside it ranges from beautiful to over the top opulent. I would love to share photos of it, but this is the only church I have visited in Italy that bans all photography inside. 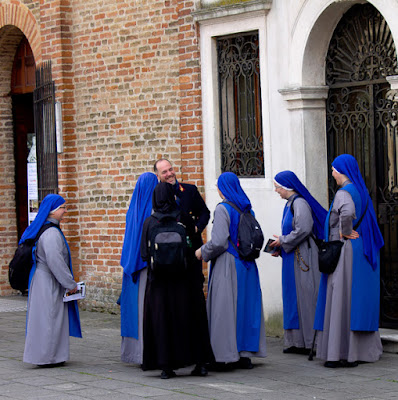 If all of this sounds like a long day, it was. So, after returning to the hotel I decided to treat myself to a special dinner. A couple of blocks away was the Ristorante da Giovanni. All of the food was delicious, but the specialty of the house is roasted meat. The treat is the way it served. A hot table, filled with a plethora of choices, is wheeled to you seat and your dinner is carved right there, and handed to you steaming hot. The staff was really friendly and they made me feel like a regular.

Padua was an interesting place to visit. Like Bologna, it has a nice mix of history and culture. It is definitely a place that is worth a visit, either as a day trip from Venice or to stay over for a couple of nights.