Christmas in Another Culture


A rainy Christmas Eve morning has slowed us down and given me time for reflection on being in a different culture at this time of year. This is the 4th time (out of 52) that I have not been in the United States at Christmas. 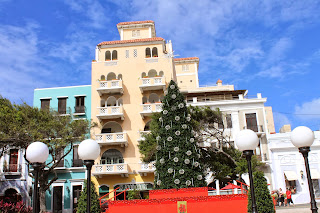 26 years ago I was in Paris during Christmas week on my first honeymoon. It was fascinating. So much less commercial that the U.S. back then. People spent time with families on Christmas Eve and then spent Christmas day going to the movies. We say 3 old movies that day. It was funny to see trees covered in fake snow throughout the city. I have to say that I had a wonderful time. Everywhere we went, except for a café across from The Louvre, we met people who gave lie to the Parisians are all rude and mean meme.  In the market on Rue Mouffetard, where we shopped every day for lunch, in the small tabacs and cafes where we warmed up, caught out breath and empties our bladders when we were out exploring, people just made us feel welcome.

Two other times I was out of the country, but it didn’t feel like a different culture. First The Amazing Ms. D and I were a Princess Cruise Line trip to the western Caribbean. At the time Princess was still owned by P&O ships so the holiday had a vaguely British feel. Second was the year that we spent in Canmore Alberta. The Canadian traditions are also a mix of traditions, vaguely British, but highly influenced by the U.S. 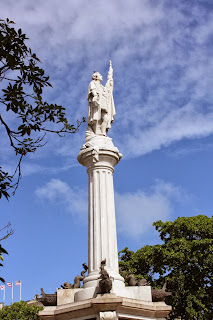 This year is the first time I have been in warm weather country for Christmas. And even though Puerto Rico is a colony of the U.S. and therefore greatly influenced by its culture, things here are just different. The weather is throwing me off. I am just not used to 83 degrees (although Bethlehem was probably warmer).

In the town squares, there are nativity scenes, but also tribute to the Three Kings. In fact Three Kings Day (Jan. 6th) is at least as big a holiday as Christmas. At Plaza Colon (seemap) the four corners are filled with larger than life statues. 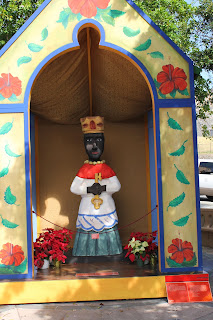 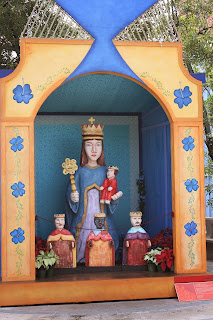 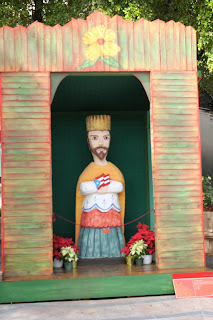 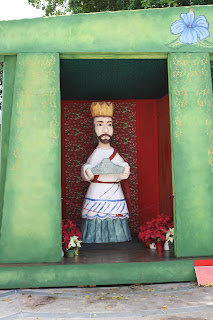 There are parades and a form of caroling called trullas or asaltos which usually includes hiring musicians and going from house to house to sing carols.

Christmas Eve is the family get-together. That is the time for major dinners and gift giving. There will be pernil, pastels, arroz con gandules and, of course, coquito. Lots family, kids running around, music, and talk.

Anyway, it is not better or worse, but different, and that to me is the joy of exploring new places. Finding the differences and see also the commonalities and celebrating them both.
Posted by Jonathan L at 6:56 AM