At the end of our trip we spent 3 days in Rio. Needless to say, Rio has a totally different vibe than Salvador. It is a much bigger city, one that has thrust itself into the 20th century. It is a center of banking and business, home to Petrobras and the former capital of Brazil. It is also home to some of the iconic symbols of Brazil, Sugarloaf, Corcovado and the beaches of Copacabana and Impanema. Going to Brazil without stopping here is like coming to NYC without seeing Times Square.

Our hotel (The Windsor Plaza) was just 2 blocks off of the beach in Copacabana. This is a large hotel that is oriented to both vacationers and business people. It was a nice place to hole up, convenient to to ocean, the subway, restaurants and markets. On it 15th floor the hotel has a nice, if small pool and sun deck. 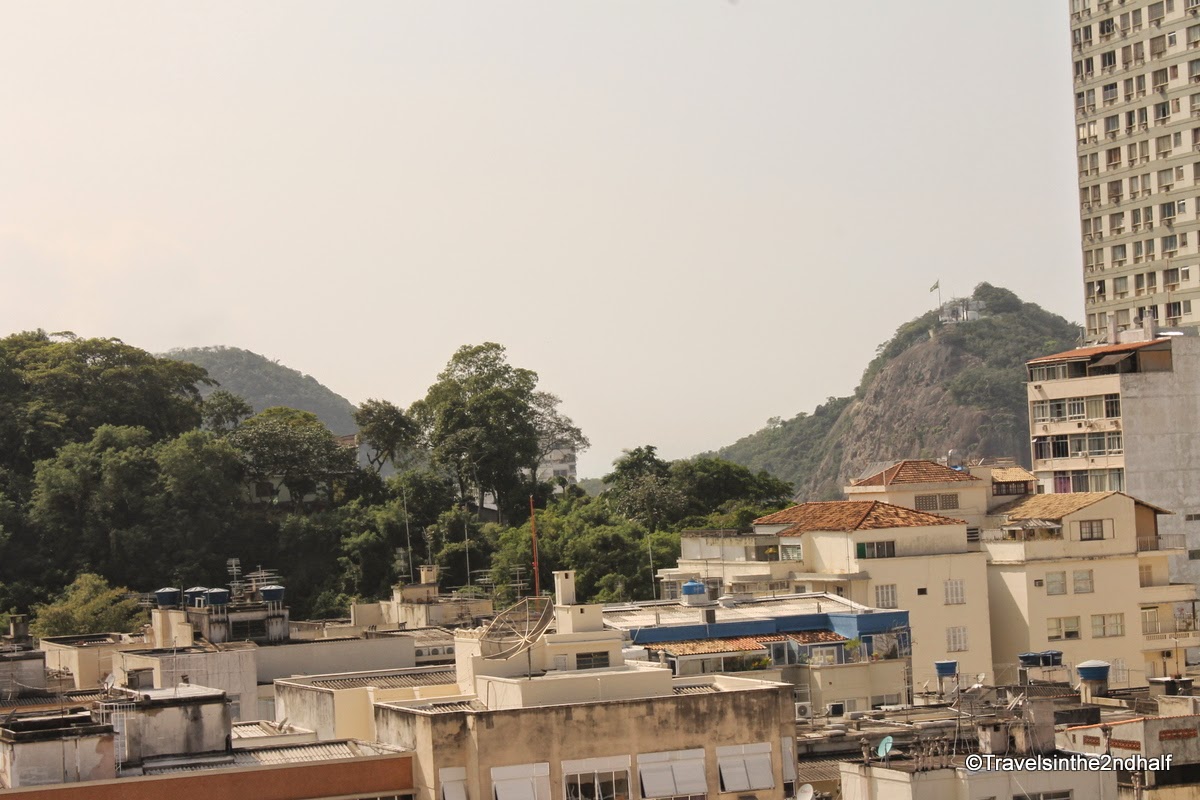 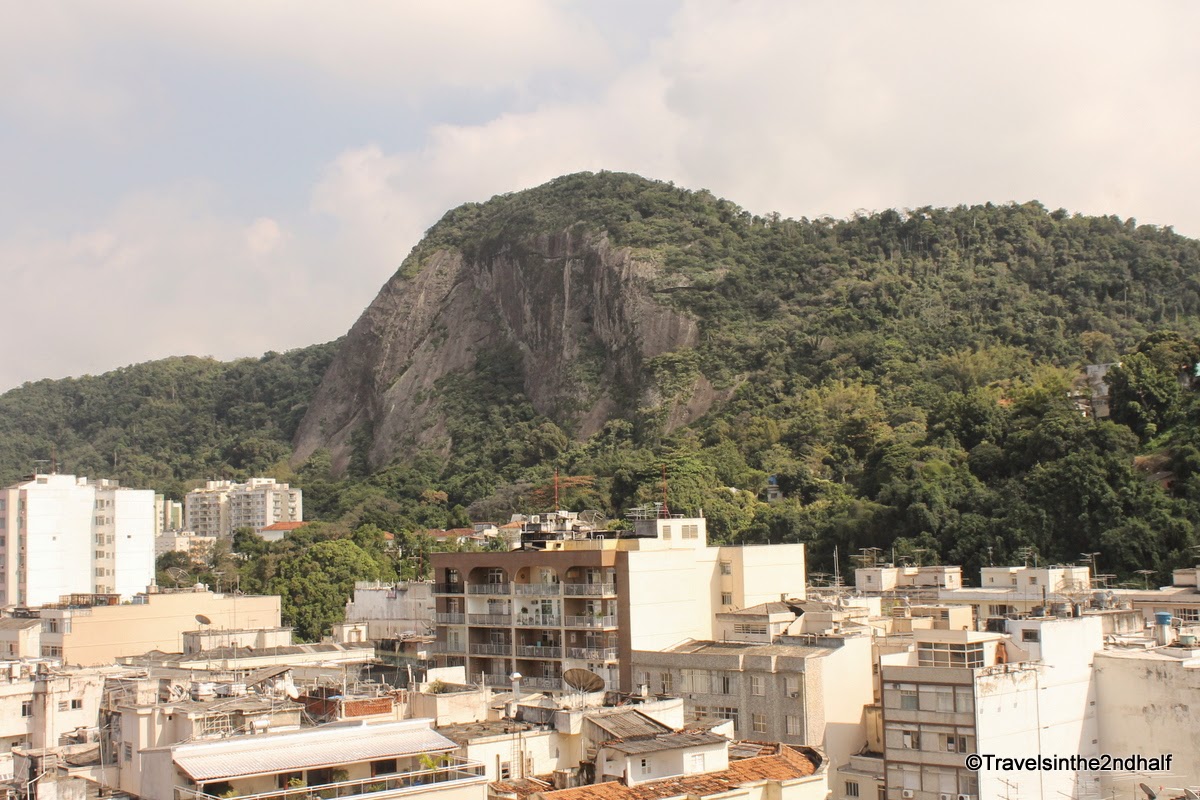 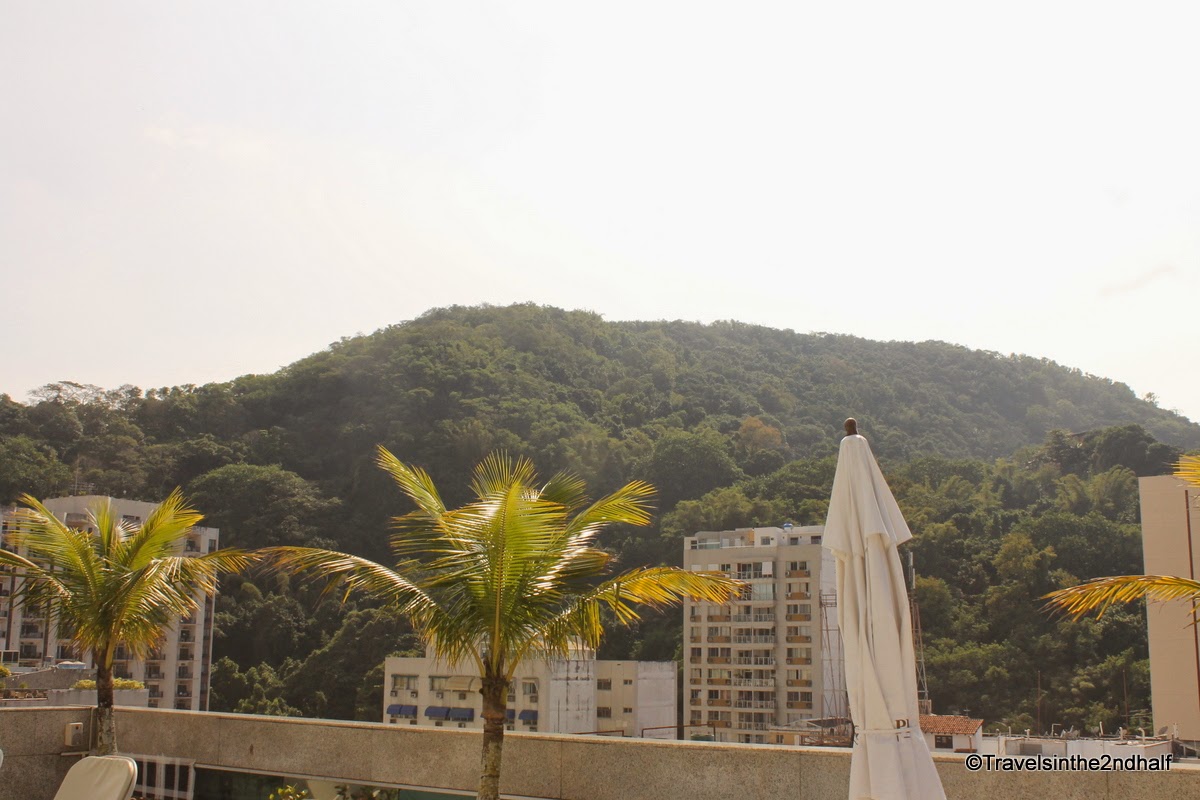 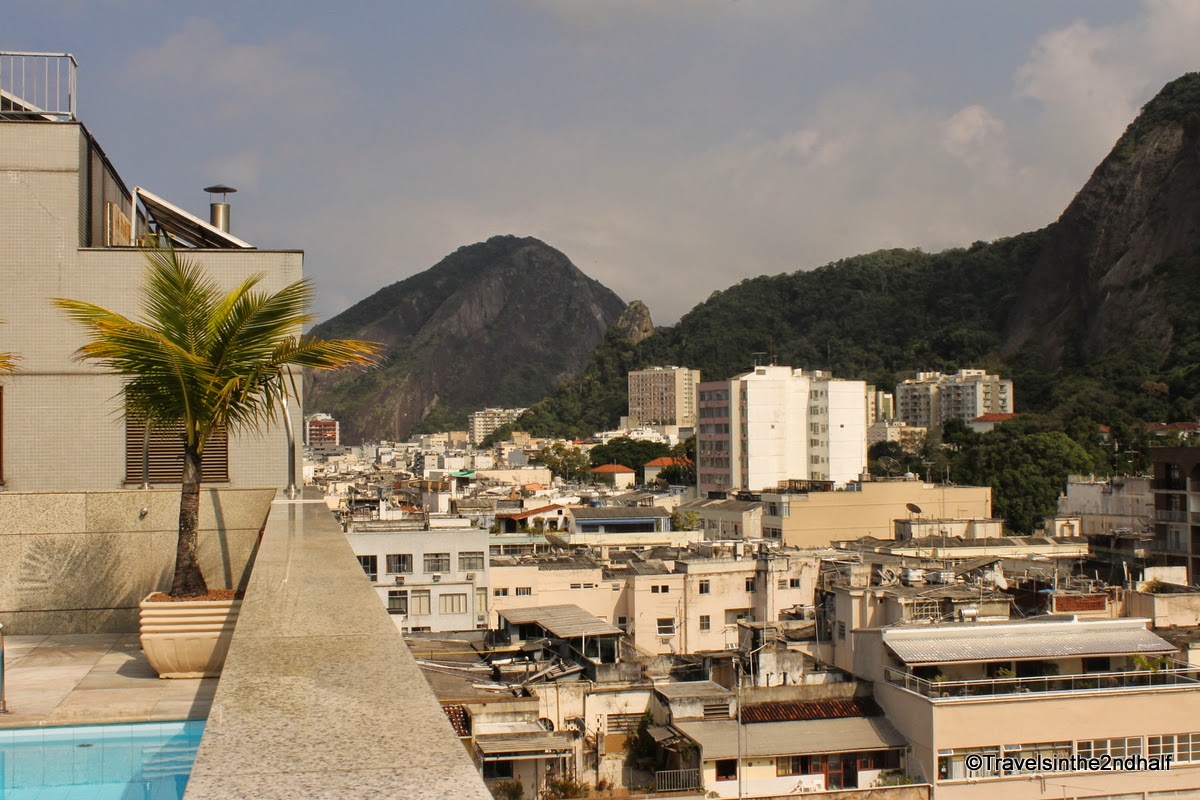 The Windsor Plaza also has an excellent breakfast spread included. The staff in the restaurant, at the front desk and in housekeeping were friendly and helpful.

I am not sure what I can say about Copacabana that has not been said. It is a beautiful beach with loads of sand and water. It stretches 4 km (add 1 more kilometer for the beach of Leme, just to the north).  Copacabana is surrounded by a ring of small mountains that almost cut it off from the rest of the city. 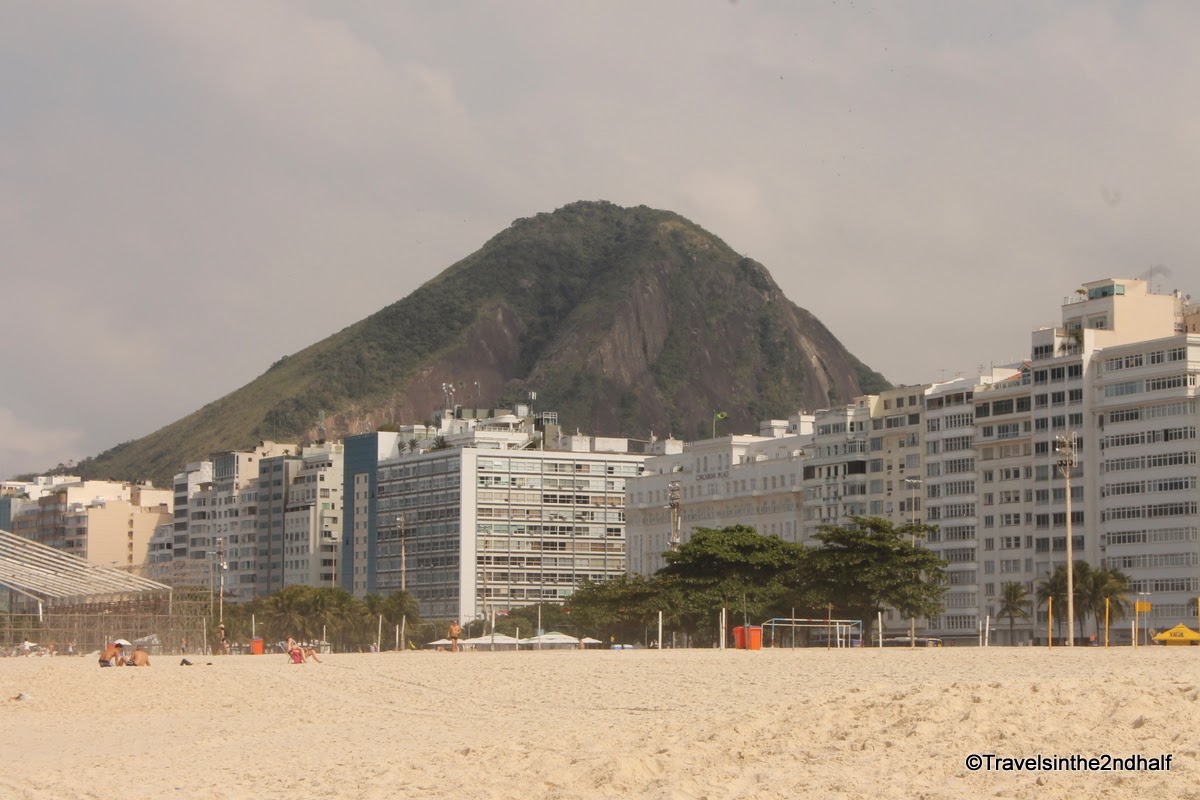 The beach at Copacabana is lined with vendors who will sell you tee-shirts and bikinis, rent chairs and umbrellas (a necessity) or colorful wraps. The one thing that is hard to find are beach towels, so bring some with you.

The beach is also lined with restaurants. On the beach side they have recently built kiosks with shaded seating. a great place to stop and have a beer and tapas. On the hotel side of the street are restaurants. One I can highly recommend is Martinez. Excellent food and service at reasonable prices.

Corcovado is a 2300 ft tall mountain that sits in the city of Rio. It is best known as the home of the "Christ the Redeemer" statue. You can drive to the top of the mountain, but I strongly recommend taking the Corcovado Railway up to the top. Corcovado sits within the Tijuca Forrest, and urban tropical rain forest and the views from the train are wonderful.

At the top of the mountain is the Christ the Redeemer statue. One of the 7 man-made wonders of the world, this 125 ft tall art-deco cement statue looks out over the ocean, welcoming visitors and residents alike. 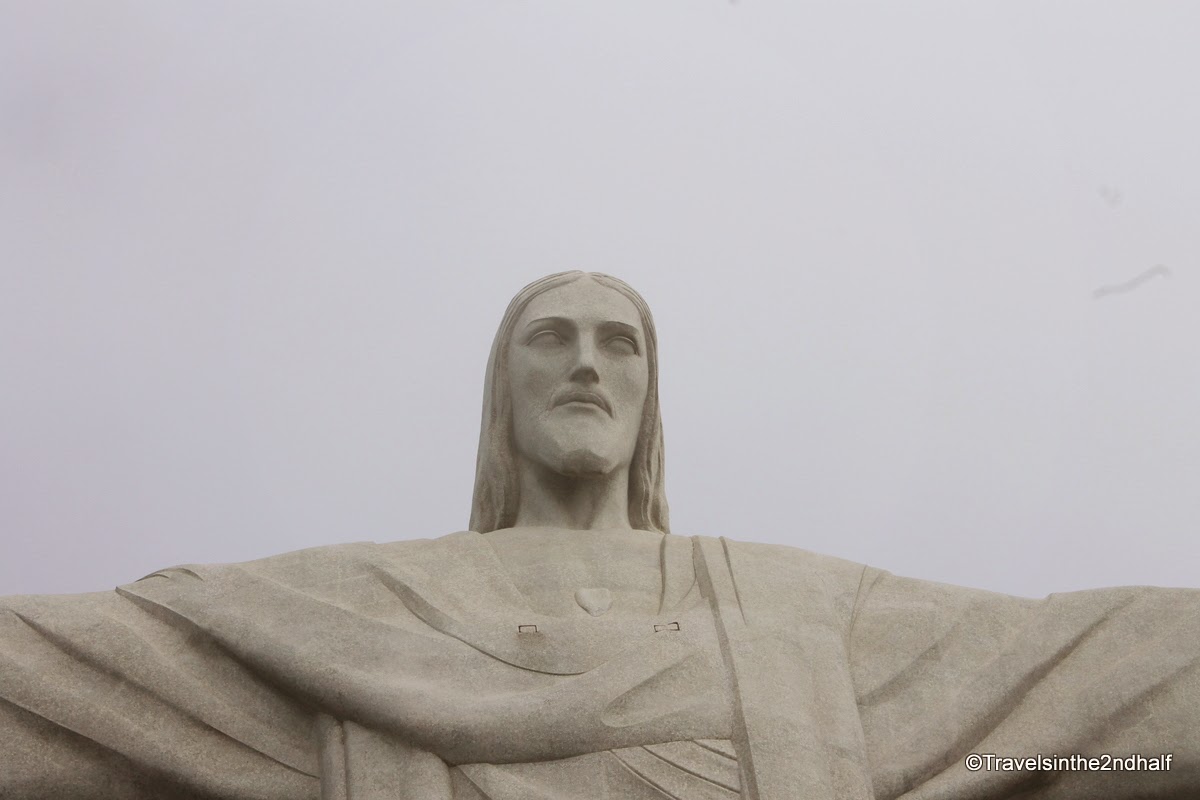 Sugarloaf is the famous 1300ft peak of granite the sits on the Rio waterfront. The trip up to the top is by cable car and starts near Prâia Vermilion (Red Beach). The first leg of the trip ascends to the top of the Morro de Urca. 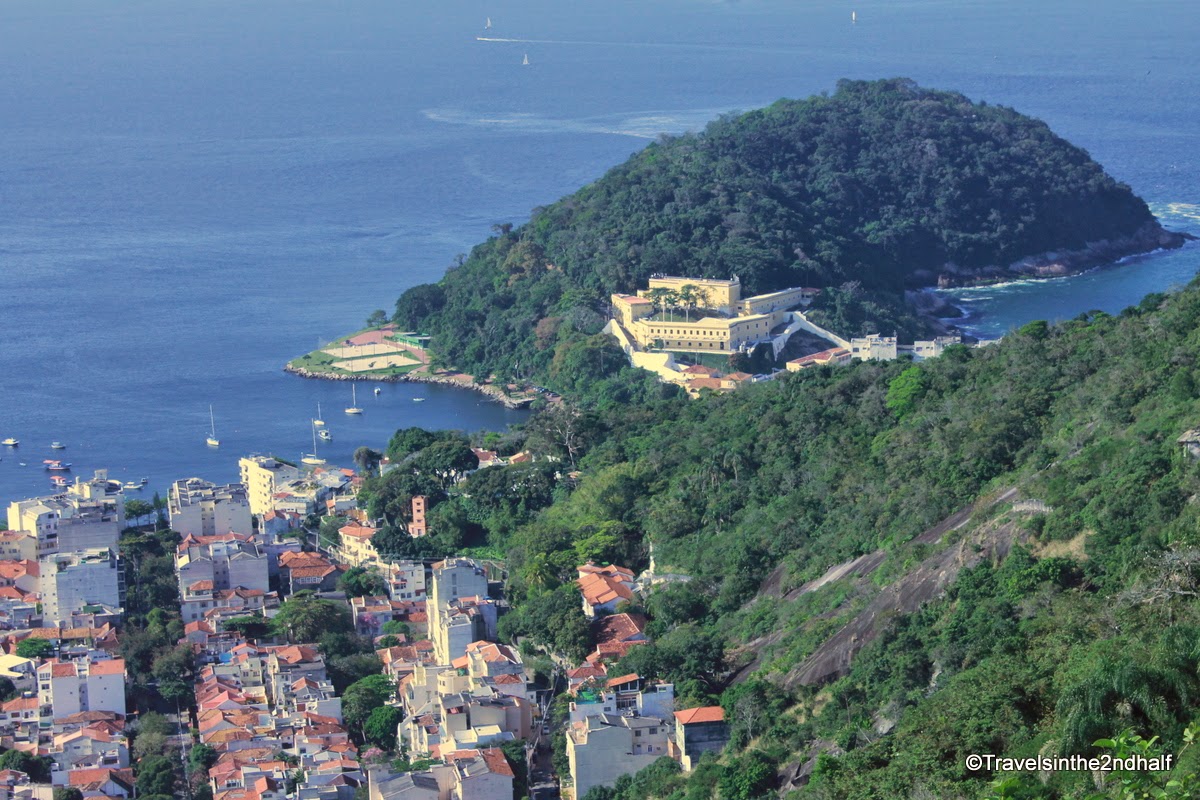 Many visitors might not make to downtown Rio, but there are some really beautiful and interesting sights there. Walking around felt a lot like walking around the center of most modern cities. Crowds of office workers out for lunch. Modern office buildings. However there are some jewels here that are worth seeing.

One is the Municipal Theater:


Modeled after the Palais Garnier in Paris, this is beautiful structure and home to many classical concerts, opera and film showings.

There is also the City Council building:

The aqueduct was built in the early 18th century to bring water to Rio from the Carioca River. In the late1800's it became the roadbed for a tram from downtown Rio to the St.Theresa neighborhood. The tram has been shut down a fatal accident in 2011, but is set to reopen soon.

No description of the center of Rio would be complete without the Sâo Sebastian Cathedral, know by locals as "The Volcano"

This maybe the ugliest church I have ever seen, and its history doesn't help. The Cathedral was built by the military dictatorship that ruled Brazil in the 60's, 70's and 80's. It's purpose, according to some, was to move the church away from the people.  It was paid for by a tax on the residents of Rio.

Inside there are 4 huge stained glass pieces that reach from just above the entrances to the top of the nave. 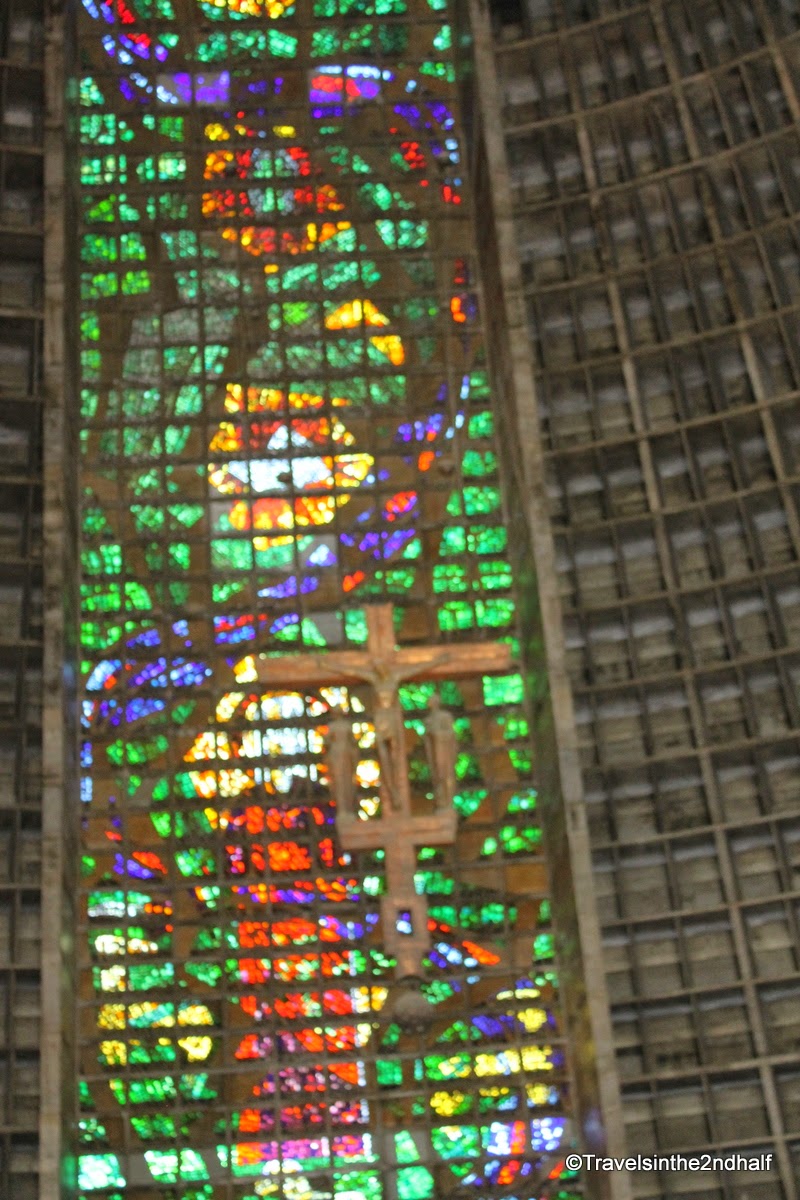 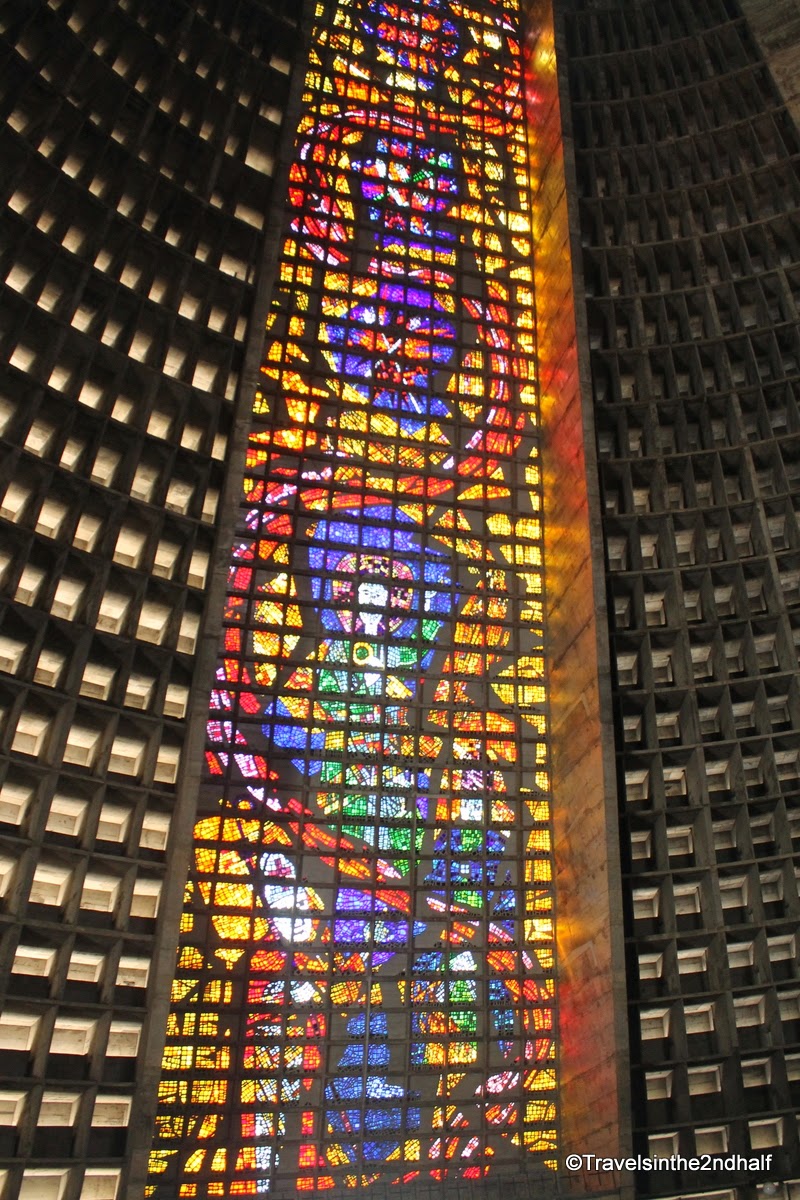 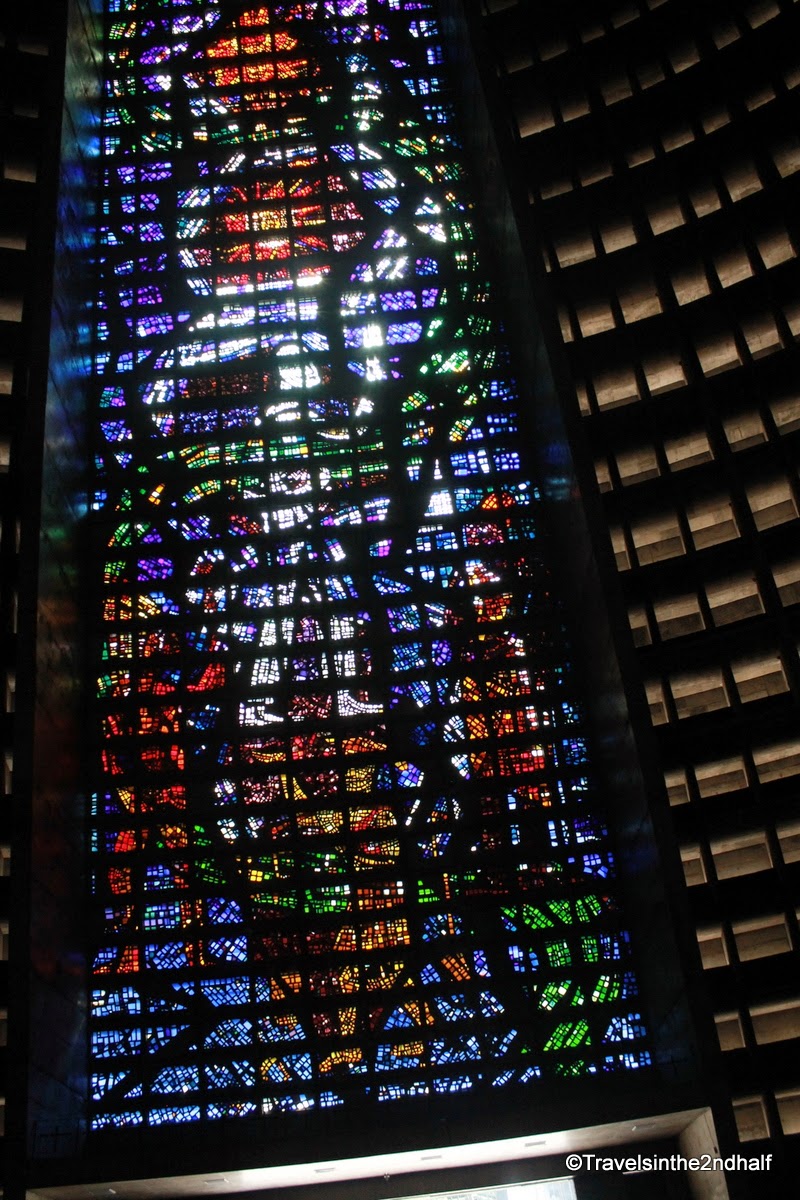 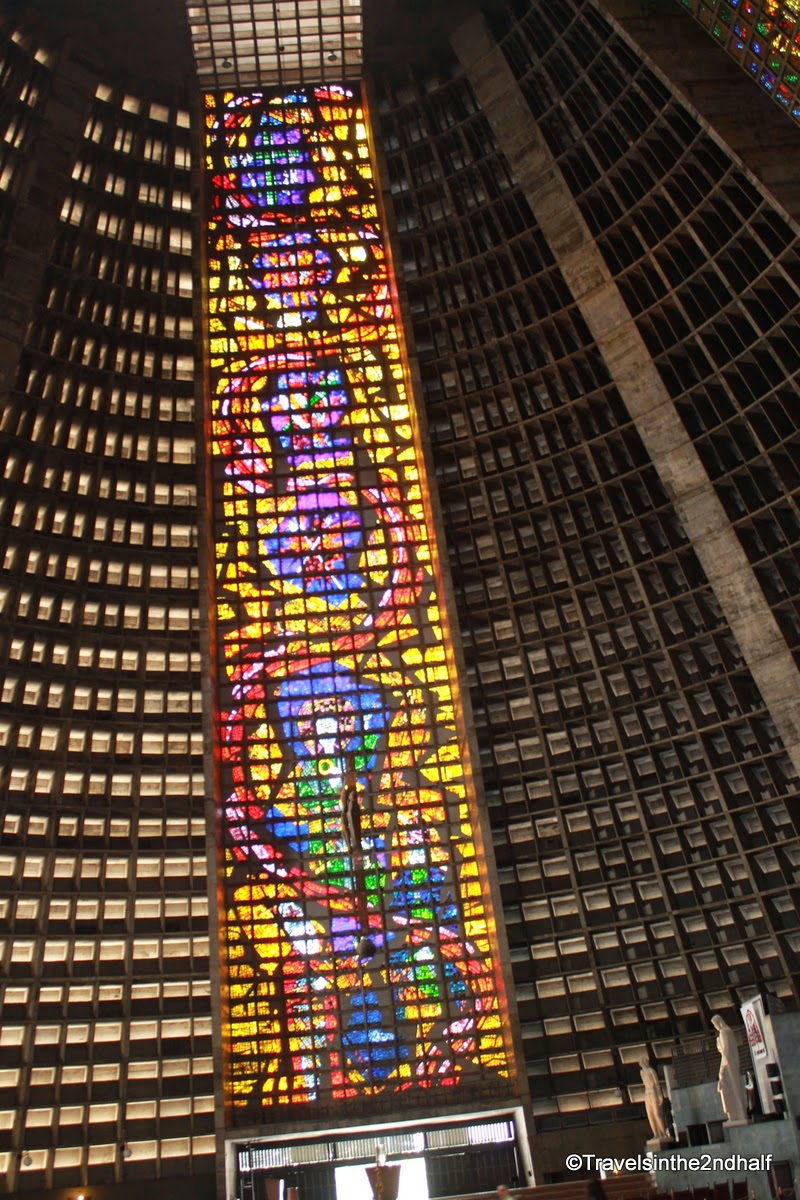 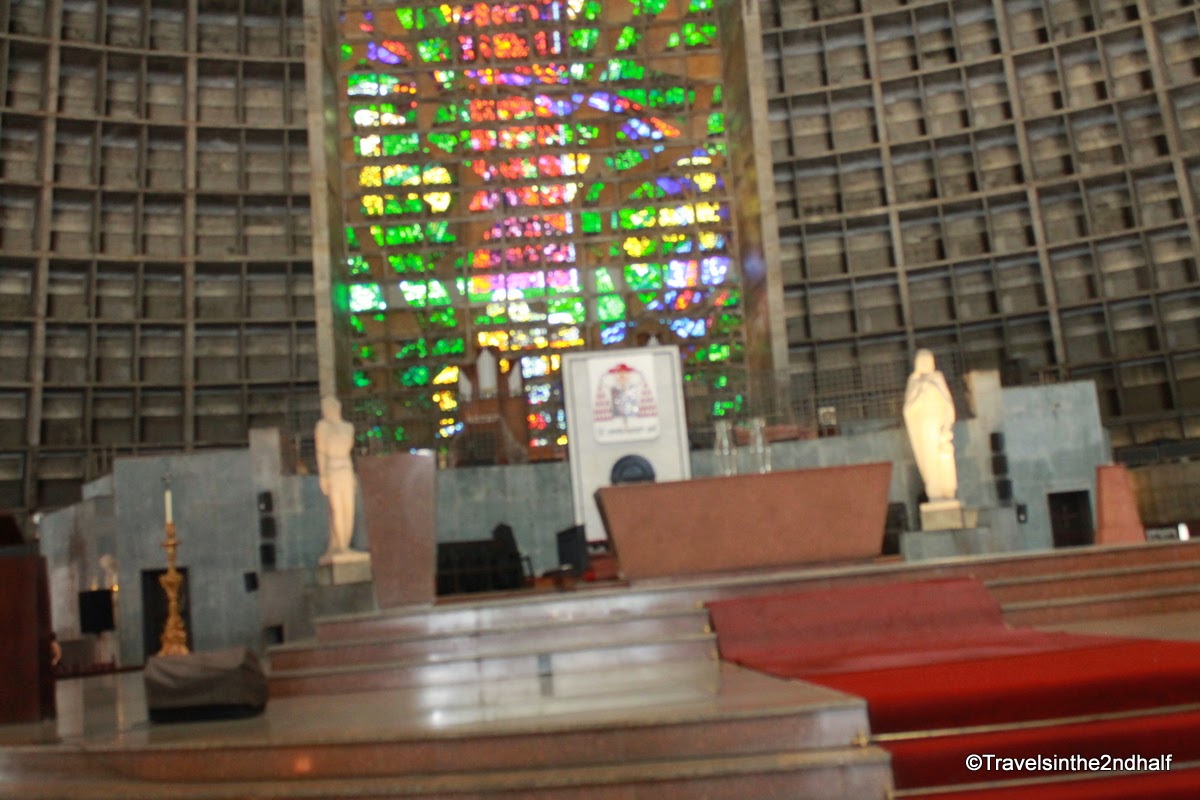