Walking old Salvador - The Pelourinho and The Historic Center

When you come to Salvador you must spend at least a day walking around the Historic Center and The Pelourinho, The oldest parts of the city. (see map)  This was the original Salvador dating back tot he early 1500's. Like many European cities built at that time Salvador was built on a cliff 73 m above the Baia de Todos-os-Santos (Bay of all Saints). 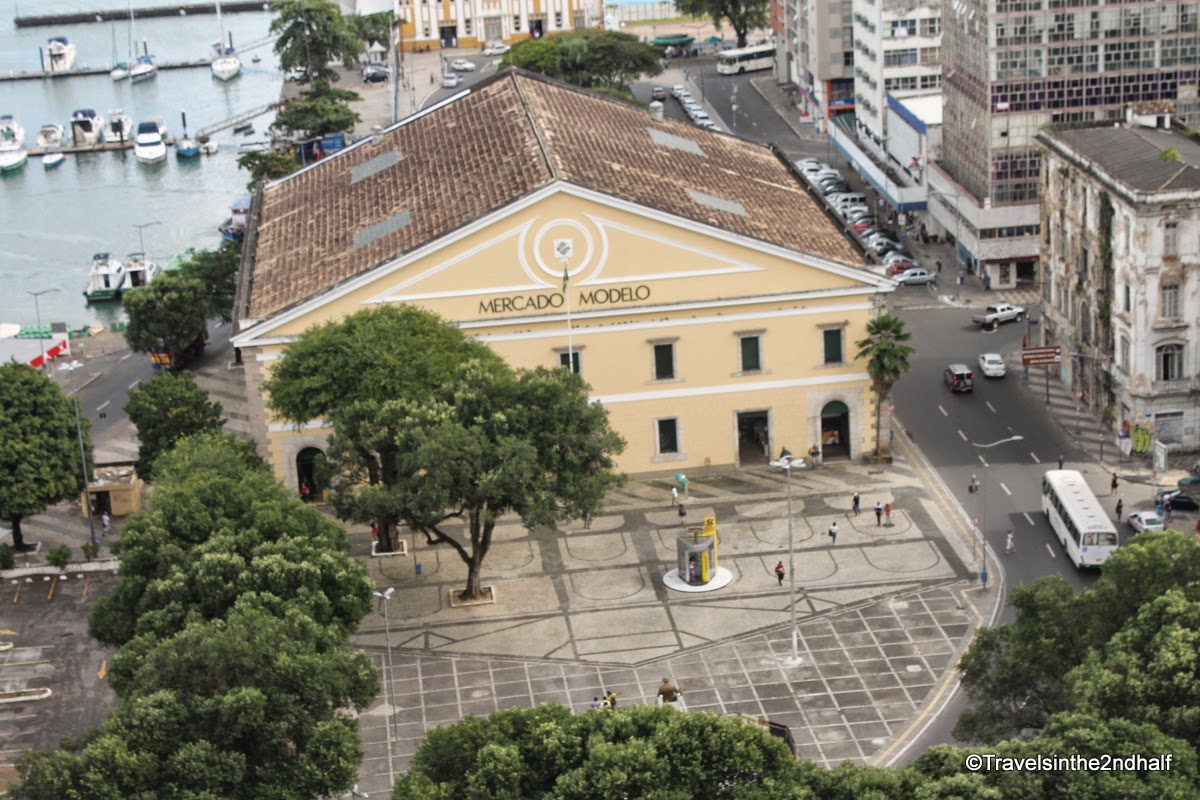 You can start your tour at the Praça Municipal, which is home to the City Hall, the City Counselor building and a state government building. There is also an Elevador Lacerda to the lower city.

Once you get to the nicely shaded plaza there is a wonderful tribute to Zumbi dos Palmeras. Zumbi was the leader of an independent town of escaped slaves, made famous in the movie Quilombo. 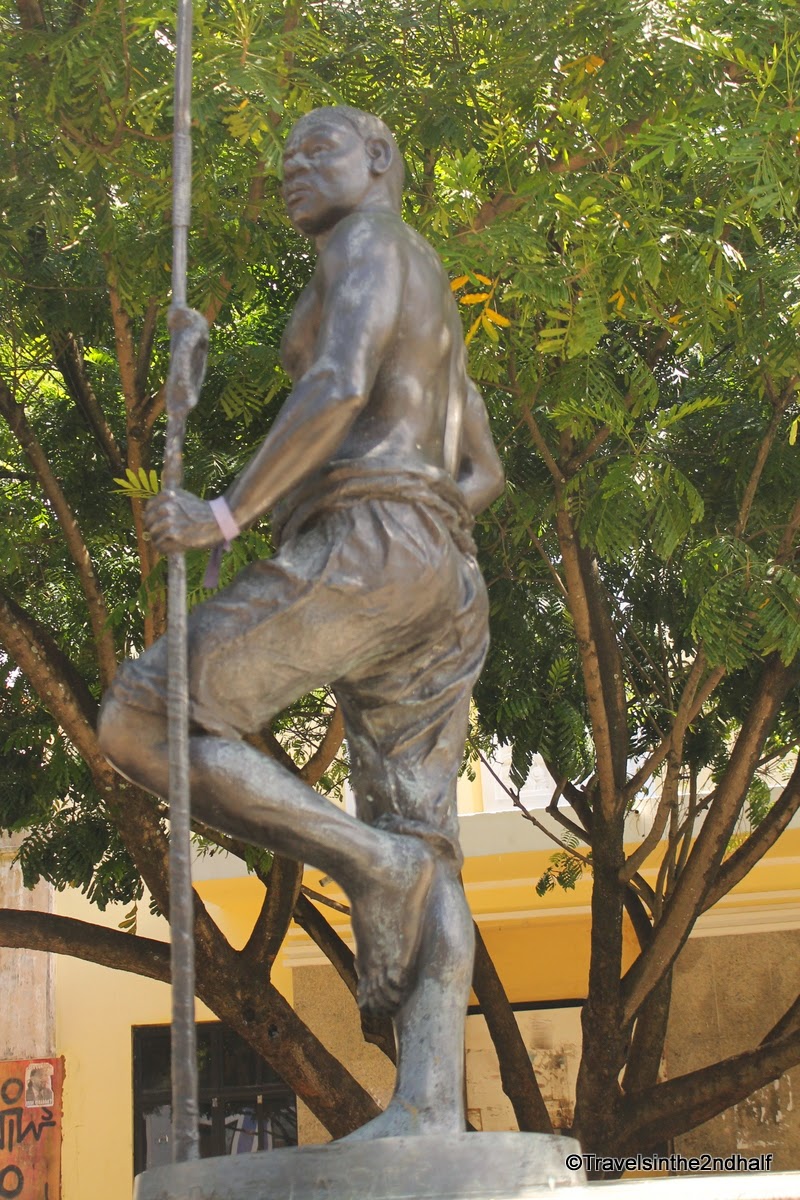 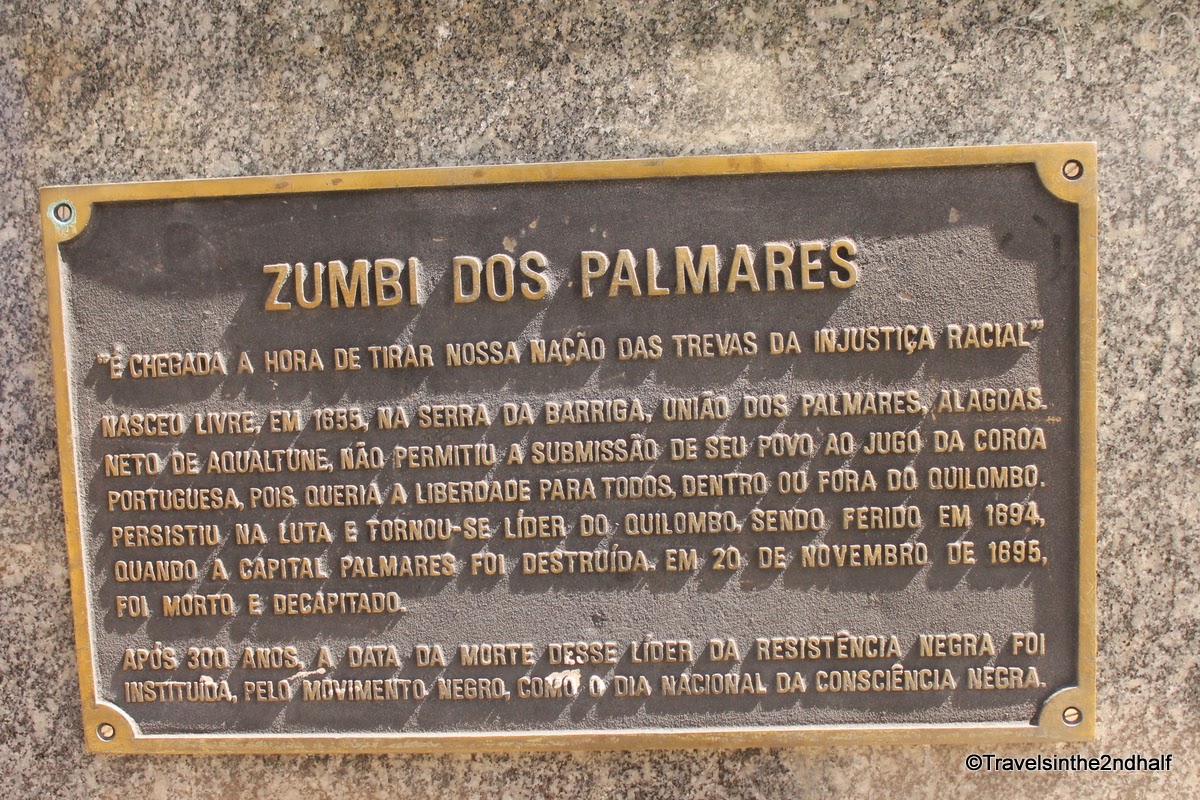 Continuing on from Praça de Se you get to Praça Terriero de Jesus which is the entrance to El Pelourinho. El Pelourinho is the heart and soul of Salvador.

Looking around the Praça you can see 4 different churches. The two most important are the Catedral Basilica which covers the west side of the plaza and Igreja do Sao Francisco which sits a block off of the plaza. I will be discussing theses and 2 other churches in another post.

Start this part of your tour with the Museu Afro-Brasiliero, in the former medical college on the north side of the square. 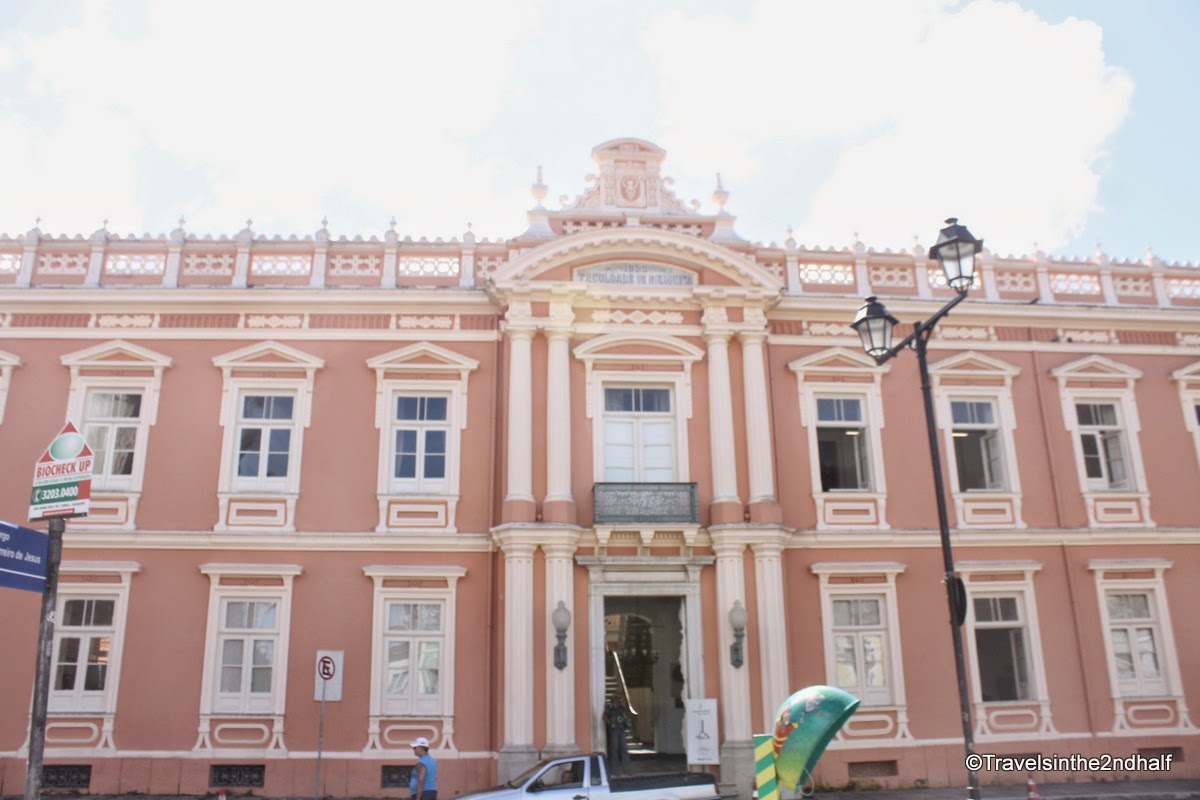 This is a small museum that covers the history of slave trade to Brazil. It has a collection of African art. It also has a permanent exhibit on the orishas. These are the African gods and goddesses of the Candomble religion, one of the many forms of afro-latino religions across the Americas. The main part of the exhibit are a series of carvings by the artist Carybé. 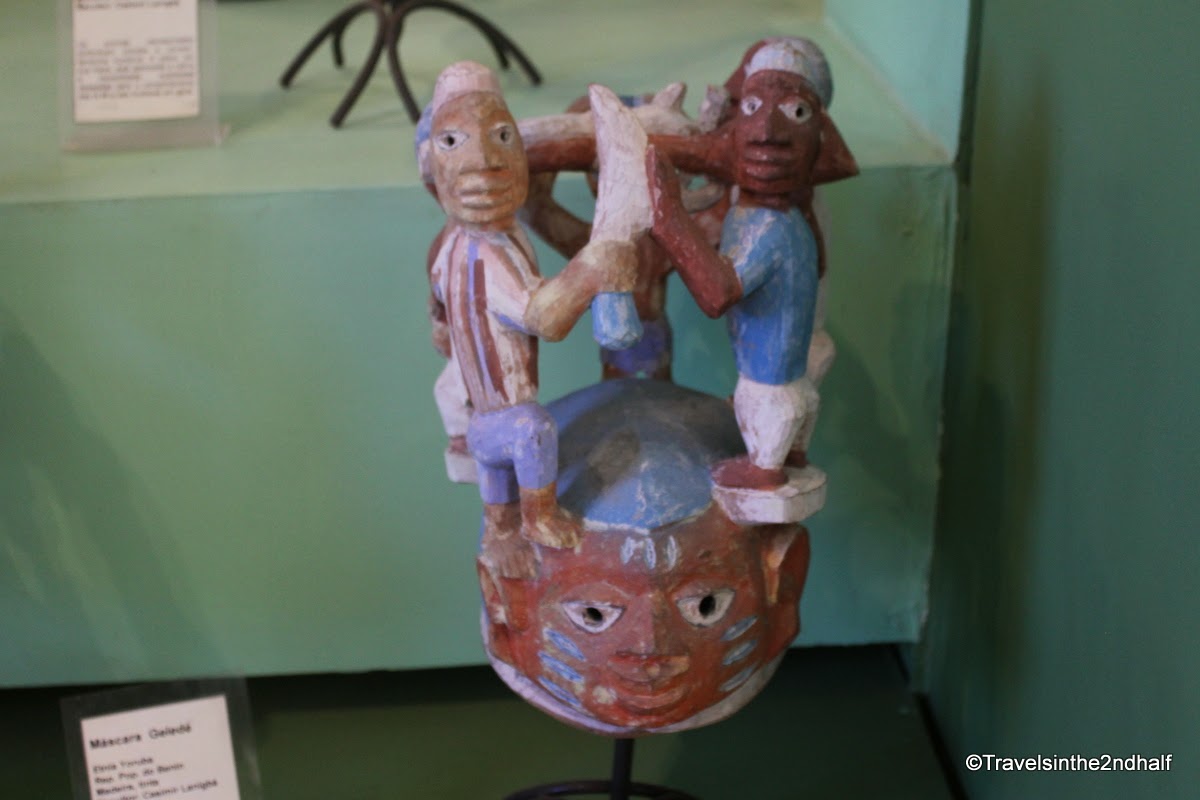 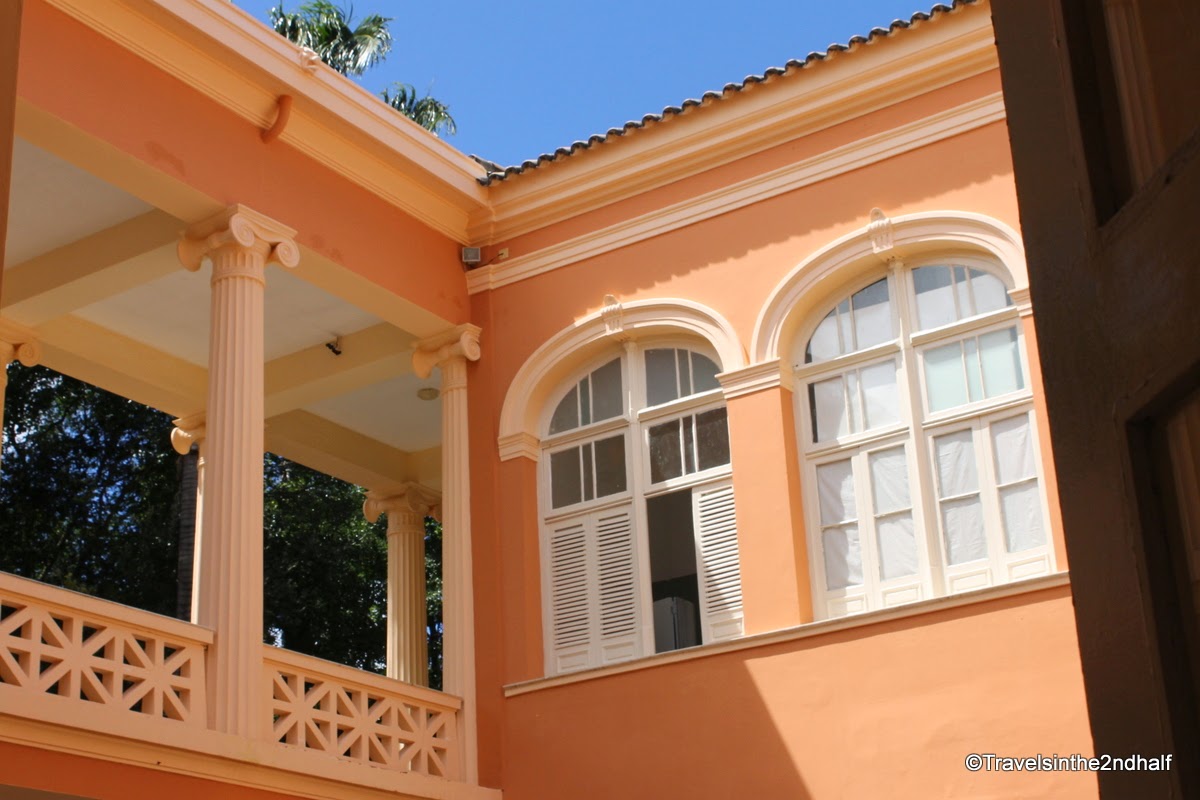 When you are finished at the museum continue down the hill. You have the choice of three streets - Rua Alfredo da Brito, Rua Joâo de Deus or Rua Gregorio de Mattos. Spend your time wandering around the streets. Go into the shops. they range from typical touristy or some high end stores. Explore and enjoy. 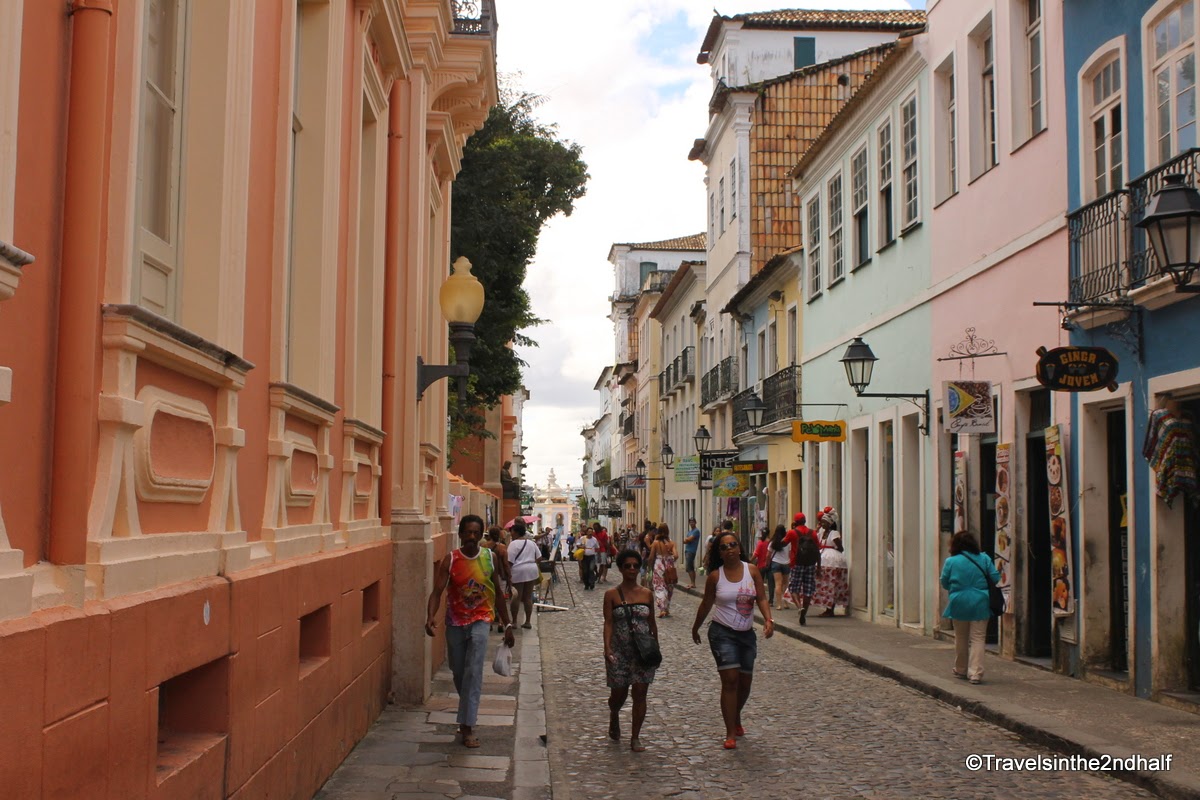 One of the things you will see are silver charms called Balangenna. These were charms that were given by slave owners to slaves as a reward for something that the owner liked. If a slave could fill up the clip he would be granted his freedom. 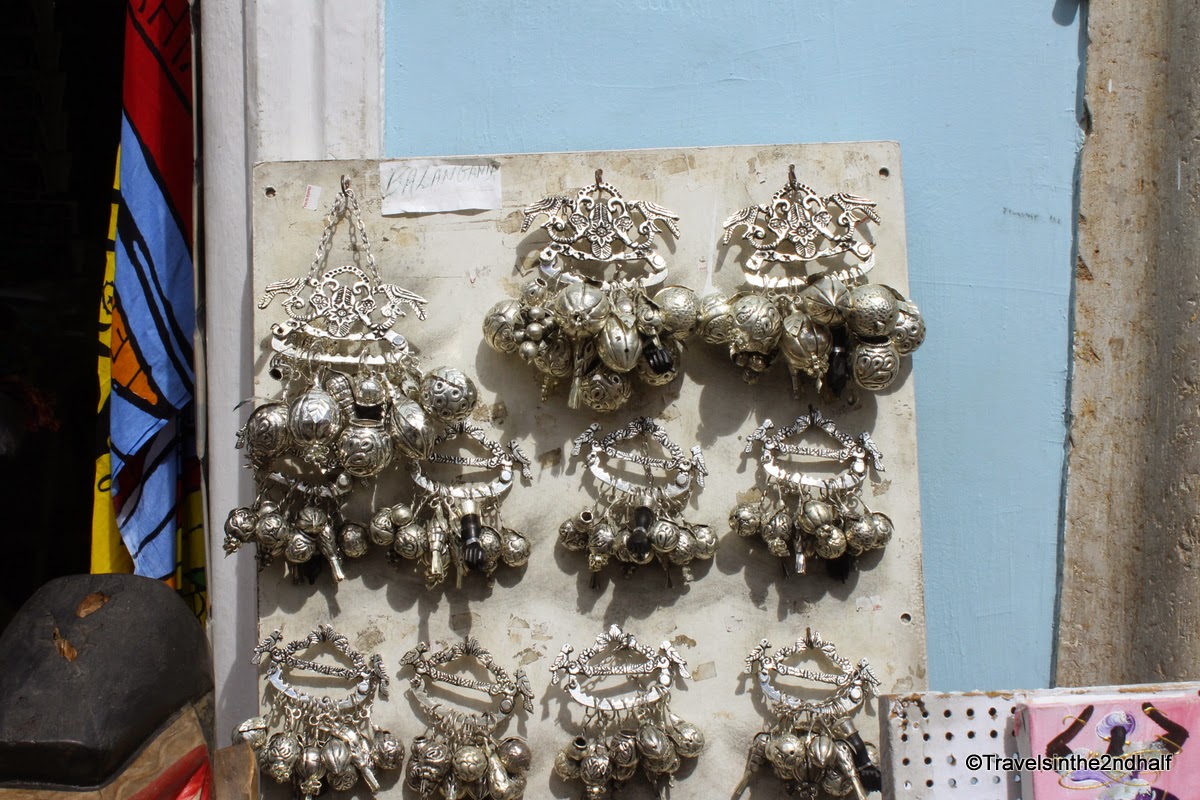 Continue down the hill to the Largo de Pelourinho. This was the main square of the old town. It is where slave auctions were held and where runaway slave were whipped as punishment.

At the top of the plaza is Casa de Jorge Amado. Jorge Amado was probably the best known Brazilian writer and in the U.S. is most famous for writing Dona Flor and her Two Husbands. If that is all you know about him I suggest stopping in to learn more his extensive and fascinating career.

The final stop in the Pelourinho is the Igreja Nossa Senhora do Rosário Dos Pretos.


This church sits in stark contrast to the Igreja Sao Francisco at the top of the hill. This church was built by slaves for slaves. Dos Preto translates as "the Blacks". I will have more to say about both of these churches and the Igreja do BomFim in a future blog.

Tuesday night is party night in the Pelourinho. Live music all over the place, especially drumming groups. It is not to be missed.