Barría Barra Salvador Brazil - Corner of the Ocean and the Bay

Salvador was the original capital of Brazil, and it was the entry point for most of the Africans who came to Brazil as slaves. The reason was twofold. It sits at the entrance to the Bahía de Todo os Santos (The Bay of All Saints), and it is one of the closest points to Africa on the American continents. We are staying in the Barra neighborhood, which sits right at the corner of the bay and the Atlantic Ocean. see map

The center of Barra is the paseo that has been built along Av. Oceanica right along the water.

The paseo  goes from the Barra Lighthouse to a park centered around a statue of Christ. This stretch has many restaurants, stores, and on a beautiful Sunday, loads of families out to enjoy the weather and water.

The beach in Barra has a nice strip of sand of sand at low tide, but you may notice all of the rocks. They make nice tidal pools for swimming, but I would suggest bringing water-proof swim shoes to wear.  The beach was also home to one of the things Brazilians truly love - football:
While I was walking along the beach I saw both pickup and organized games of football being played.

At the west end of the paseo is the Faro de Barra - The Barra Lighthouse: 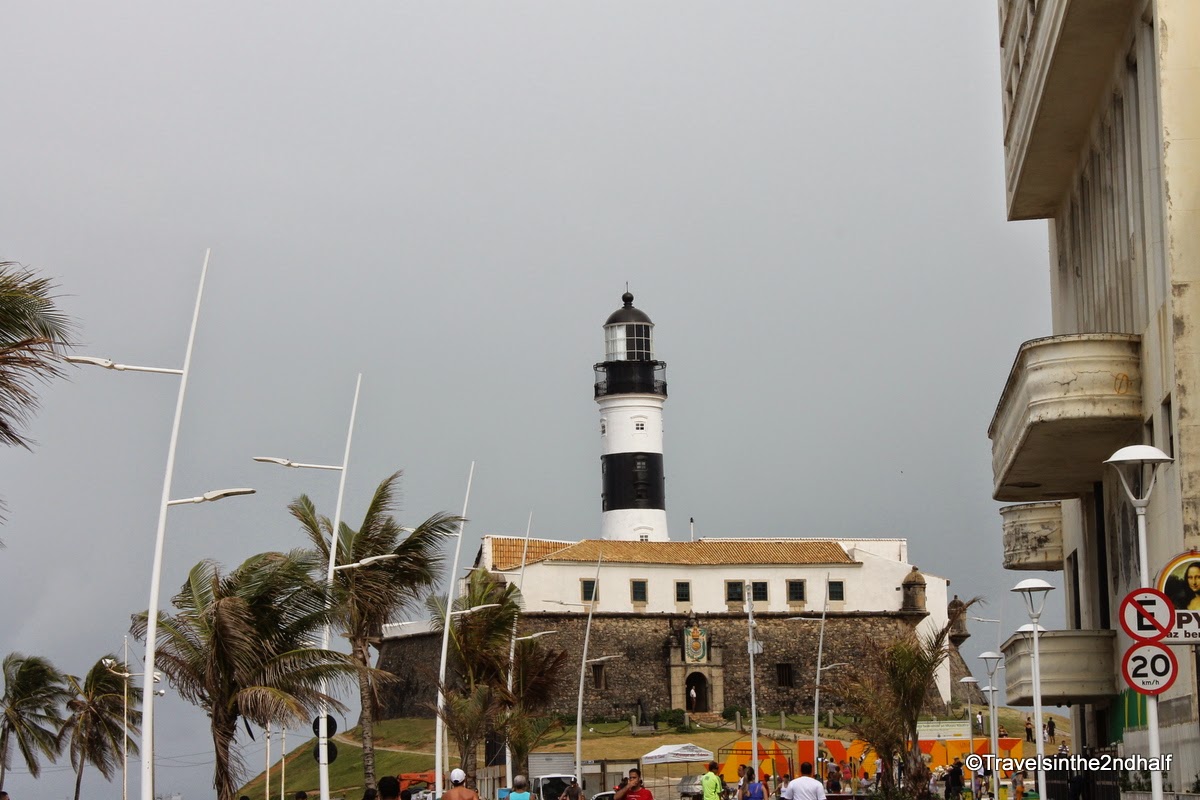 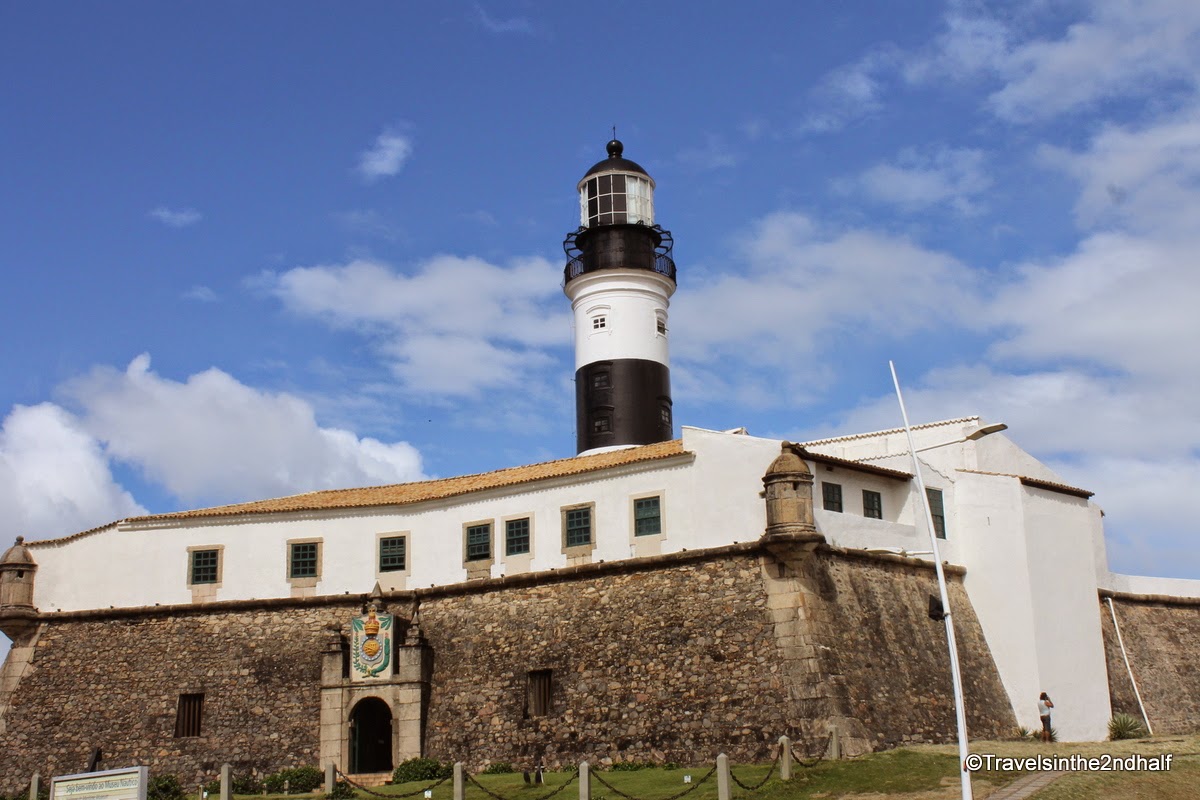 Also at that end of the paseo is the first apartment building constructed in the Barra neighborhood - Condominio Morro do Paciencia.

The top floors are apartments, the bottom has been and movie theater, a stage theater, a store, a disco and now is being developed in to high end restaurant and club.

At the west end of the paseo is a park topped off with a statue of Christ. 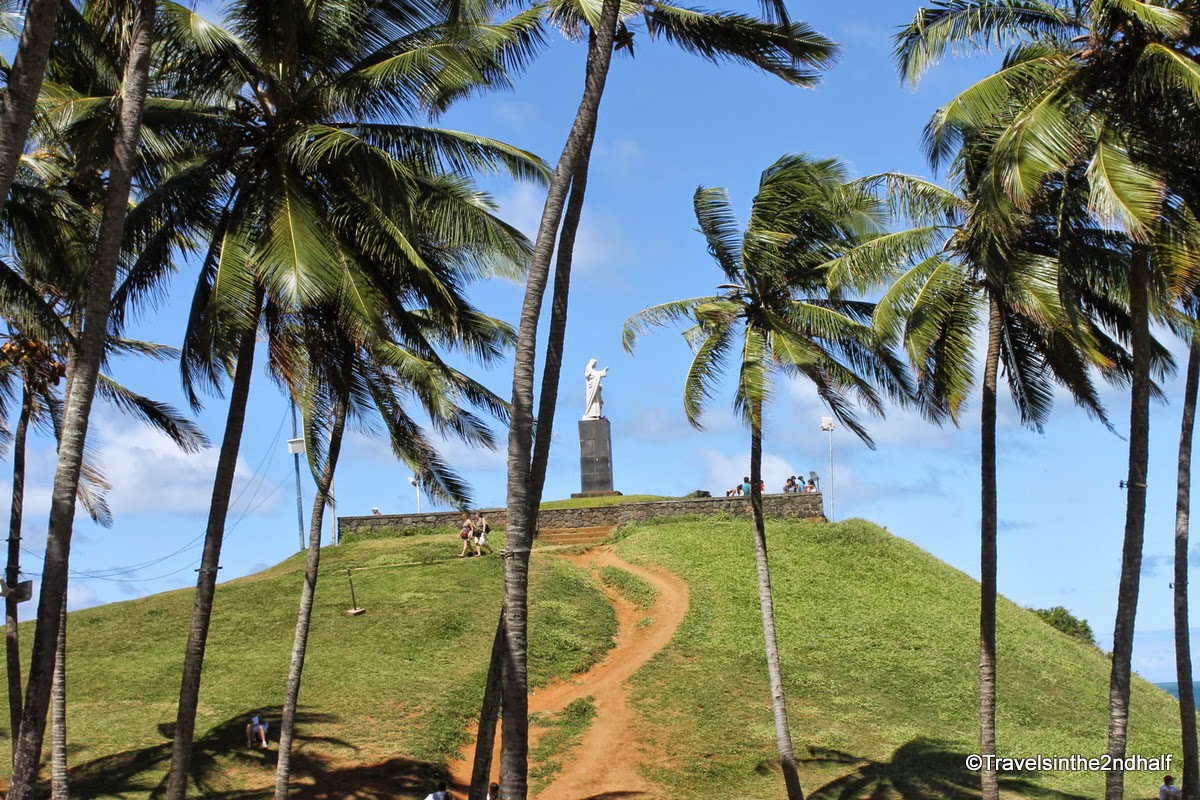 The walk up to the top of the hill is a little steep and the "path" is a series of cement tiles in the ground, but the view up and down the coast is worth it.

So far we are really enjoying out stay. Being near the water is great. The neighborhood is laid back. It is place that really mixes foreign tourists, Brazilenos and Bahians. My favorite type of area to stay in.